Our Beijing life is still half unpacked down in the exterior garage.  My wife has taken to cherry picking items and setting them about.  After a long period wherein she would not allow anyone to nail anything into any wall, she has begun slamming nails about with abandon hanging various paintings from our twenty-three years of marriage in what is to my eye a cacophonous scattershot.  I do my best to balance enthusiasm for her buoyant efforts with muted disapproval.  Why hang the picture from Egypt next to the one from India, on top of the Chagall?  Oh dear.

And of course, there are some paintings that we haven’t found yet.  Where is that long Zhang Daqian print?"  I know the one she means, with the overwhelming blue bluff that obscures all but a sliver of the boats on the water below.  I bought that years ago in the Palace Museum shop in Taipei.  And I wonder if it will look as good as she imagines it will.  I remember it as having lost its azure glow after so many years hanging in the sun's path.  We find some rugs.  We find a table and some chairs.  I even found a new box of as yet, unopened paintings.  But no Zhang Daqian. 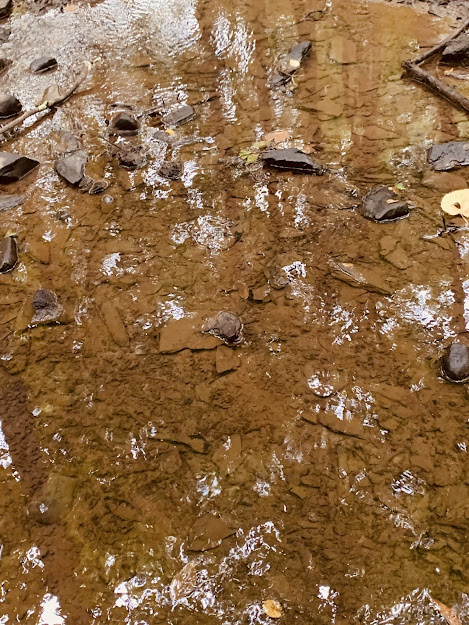 What was that?  There’s a loud, angular whooping off in the woods.  I’ve heard it before.  Easily distracted from ripping open boxes and cutting through tape, I poke my head around the corner of the building and am rewarded with the sight of a tall, assertive pileated woodpecker.  They’re big birds.  This fella stands about eighteen inches tall and his noggin which must be constructed with much cushioning for his small brain operates like a pneumatic drill riveting into one side or another of that ailing cottonwood tree.  The red bellied woodpecker’s call is a distinctive, bubbly trill, but this guy is almost like a staccato dog bark.  None of them, as I think about it, sound anything like Woody Woodpecker, though one can understand where they thought to give him a ludicrous giggle. 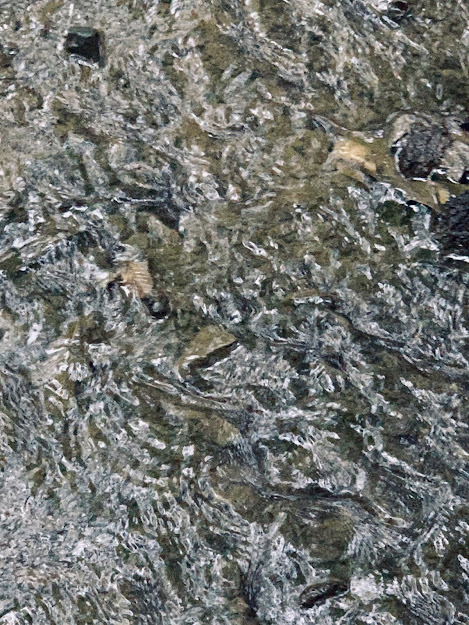 It dawns on me that I haven’t had a proper bike ride since late last week.  It’s chilly out, this the first day of September, and I pedal hard up north sporting a thermal underwear top for the first time in many months.  A few hundred yards in I notice a path down to the small trailside stream and I tell myself that I will stop there on the way back, to do the ride-time ritual of plant identification and picture taking.  Later, when I’m down there I do my best to identify some water striders but they flash evanescent making it impossible for the camera to focus.  And though I thought I’d long since identified the tree, the app suggested I’d recognized and American Hornbeam for the very first time.  I flipped a few stones, as I would have when I was young, but couldn’t find any salamanders nor crayfish.