We have had a day last weekend, when we drove into the Palisades Park, home of the hemisphere’s largest Koreatown as part of a birthday treat for my little one.  This Saturday we all went to Manhattan and later Flushing as we’d promised, to let her visit restaurants and a manga bookstore.  Sunday night, it was only fitting that we had the grandparents over for a dinner with a cake as they had presents to give and we had a good time on all these occasions.  But it was only today, Monday the twenty-first of September when her birthday actually arrived.

The older one had come home with a bag of balloons to decorate the house.  We sat up in her sister’s room courting a head rushes, blowing up two dozen, large balloons.   When we finished, she broke out another bag with letter balloons we had to blow up with a straw, which eventually became too soggy, so we took to pinching the self-sealing hole and forcing the requisite air in so as to be sure to finish the two words.  By the time we’d completed the thirteen letters required to spell “Happy Birthday” we were both breathless and loopy.

Riding north my eye caught something I didn’t recognize, and I stopped my bike, after Mulberry St.   The app confirmed that I was seeing something new, with the intriguing name: “Fallopia Japonica” or more prosaically “Japanese Knotweed” which was all over this section of the trail.  Later, I saw the plant again on a road going down to the Hudson and it grew big and thick confidently.  Another ‘new’ plant which is all over the place. 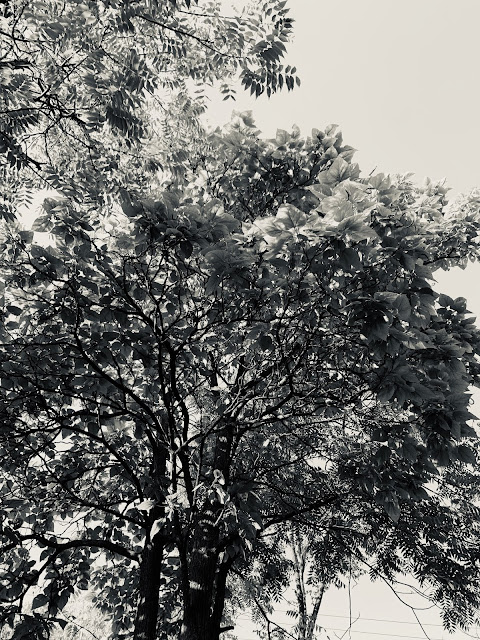 Spuds, a pork loin that had been basting in a teriyaki flavoring all day, some string beans cooked in butter.  Boil the frozen guotienr before you fry em’.  I was chopping and wrapping after my bike ride, worried about how I was going to get it all prepared in time when my 6:00PM meeting didn’t show on the zoom bridge and it all came together smoothly.  Candles on the key lime pie my wife had brought home and the song that must be sung, in English and Chinese.  Happy birthday my little sixteen-year-old.  I hope it’s a beautiful year for you.