I’ve been searching on-line for the “Stone Forest” in Minnewaska and was directed to articles comparing Minnewaska to the famous Stone Forest in Yunnan.  I don’t know why mind decided that was the name.  Checking the email from my father I’ve managed to discern that we went for a hike this morning at the “Lost City.”  Certainly, it was a lost city, made of stone up in the forest.  And it was remarkable hike up.

Again, up on the Shawangunk Plateau, I noticed what was different.  There are, of course hemlock that once commanded the ridge with mighty old growth.  Sugar maple and red maple just like we have in our yard but further along in their race to full flush claret then litter brown.  But up at the top of the yellow trail that morning we saw many striped maple as well.  Their leaves are three times the size and they don’t reach out so wide.   The oaks are different up there too.  Squat round oak leaves of impossible green that I’m told are from a bear oak tree and saw tooth leaves that are somehow still characteristically oak-like called the chestnut oak.  And all along the rocky shelf, growing low to the ground were mountain laurel which look, to me, like rhododendron and huckleberries, which the locals used to make extra money from by picking and selling them in the summer. 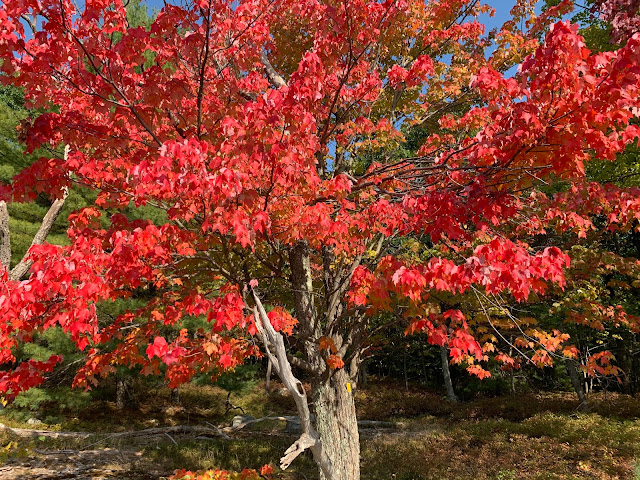 One assumes it is a state-park no-no, to dig up a sapling and take it out with you.  My father insisted that nobody would care.  Perhaps I’ll bring a trowel and some plastic bags and backpack and give it a shot next time.  Not sure how they’d feel about being down here in the valley, beneath the cliff face, but we could clear out some space, so the locals don’t crowd out the sun and slowly create a showcase off all the different trees that grow, locally. 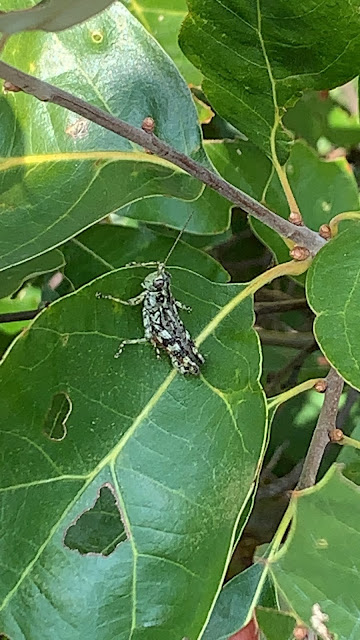 Later after getting our groceries and some sour grape juice, the girls and I were heading back home.  It was my turn now, you see.  The little one had been playing songs from the first BTS album on our ride over.  I thought to play “Hey Bulldog.”  I don’t know why.  Soon I was drawing everyone’s attention to Paul’s bass playing which is fluid and hearty like tropical fruit and then, later I wanted them to hear when John yells, “Quiet!, Quiet!”  I suggested that this was indicative of the fact that John was in charge of things.  By the time I asked them to guess who was singing “All Too Much” as the feedback announced the next glorious tune, it was indeed all too much and they made clear they’d had enough.   I’d been infected though and decided Steve Hillage’s version would be just the thing to make the dinner to when we got home.