Over at the Light

My sister-in-law crafted a surprise rendezvous for my brother down at Sterling Lake today.  A perfect location it was equidistant from their home in Maplewood New Jersey and our perch in New Paltz, NY.  Food was on my mind.  I’d only just broken a four day fast last night and when I imagined the walk around this lake thoughts turned to precisely what would be eaten for lunch.  My father swears by “The Hard Role” deli out on 299, past Lowes and so about thirty minutes before we were to go I ordered number of subs:  a Reuben, a meatball parm sub, an eggplant parm sub, a tuna sub, a smoked turkey sub and a grilled chicken sub. “I’ll take a quarter pound of cole slaw and a quarter pound of potato salad too.”  Indeed, I wanted a few mouth fulls of each of these, though I was ostensibly ordering for a party of seven.   The woman taking my order on the phone kept calling me “honey,” which was disconcerting and pleasant in equal measure. 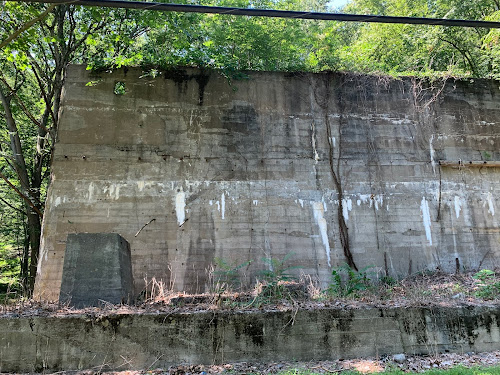 We got a cardboard box full of this food, along with some waters and potato chips and made it down to the boarder of New Jersey in under an hour.  We parked and determined we’d made it first and so when we saw their car pull in we tried planned how it would be we’d surprise my brother.  But as we were tiptoeing over he called out and made clear that he had already been informed.

My nephew is such a wonderful ion of energy.  He’d been here before and suggested that up ahead was a waterfall and beyond that was a tower.  He was right!  Apparently on the drive over he’d rolled down the window and yelled to the lady, next car over at the light that he was off to see his uncle John.  I heard the lady smiled, tightly.

We walked along and talked and made sure he didn’t go tumbling down into the lake with his enthusiasm.  I noticed a sassafras tree and figured that was a fine word to teach him.  We agreed that the leaves looked a bit like elephant ears.  And we found a second tree from which to secure a second leaf just before we rendezvoused with his mom and my girls who’d set up a lovely inlet where we could picnic.  We found a pipe and took some cutlery and banged upon it.  We spied some fish and fed them some bread and after a third sampling of the sub-hoard, (turkey was good, the meatball parm meatballs were too bready and the tuna tasted nice and salty . . . but nothing seemed to rise above "good", to my tongue,) we headed out to find a secret path.  How lovely to tap-route into a four year-old’s energy. 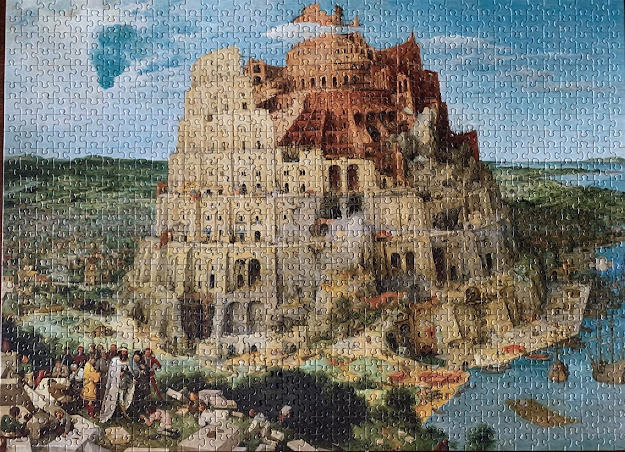 On our ride home my wife agreed to drive.  I was keen for a bit of reading and a nap.  I got sleepy, immediately, and then couldn’t sleep when I tried, over and over.  The GPS took my wife up to 87 but then insisted she proceed on to Route 6, which takes you over towards West Point along the river.  She followed and went through a few rounds abouts and suddenly realized she’d done an enormous, useless circle and we repeated the whole ride up Route 6 once again.  We found a pet store in Newburgh eventually and got some meal worms for the older one’s Gecko 'Barak.'  And once we were home, I talked the older one at first and the little one eventually to join me as we powered through completing a jigsaw puzzle that has sat on our table for eight weeks or more ill-completed.  The Mrs. had put out an ultimatum that it needed to be finished by Sunday . . .  or else.  We listened to the Beatles “Second Album” all the tunes of which: “You Really Got a Hold on Me” and “Mr. Postman,” my daughters recognized.  I had earlier sent a vinyl copy of the disk on to my whom we saw today nephew.  It should arrive in a few days.  Like I managed to with my daughter’s, I’m hoping to create a Beatle soundscape for him that will always be a safe place to return to and commune with the, there with great friends who formed the best band ever.