In the bathroom at 2:45AM.  The call will start in fifteen minutes.  Limber with sleep, I am used to it all and I toggle around with the iPhone for the first time since I’ve been back up.  A dear friend in Tel Aviv has written me back and parenthetically informs me that today is the first day of Rosh Hashanah: “so in the spirit of our holiday - Shana Tova, which means happy new year.”  I thanked him and promptly pinged a few other friends and clients in Israel and practiced my new phrase.

Three or four calls later my dad swung by as scheduled.  We were off to meet Paul Huth, the Mohonk Preserve Director of Research Emeritus, who lives in the same spot as my dad.  Pop, early as always. Me, puttering around till the last minute, characteristically we got on our way eventually and by 8:30AM we were up at the Trapps parking lot heading into the woods. 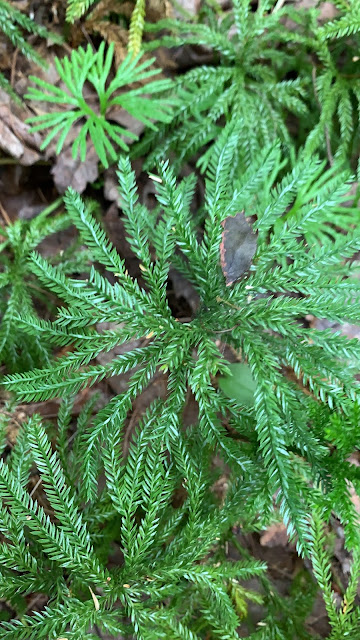 Paul Huth is an exceptional gentleman.  His cross cutting veins of knowledge brought geologic, botanical, social and economic history into the now with affable confidence that was only matched by his pleasant, inquisitive demeanor.  We hiked over to the restored Van Luven home which he’d played a major role in helping to preserve.  I, who have been having a fairly solitary exchange with a phone app, identifying plants and animals this past year finally had a chance to talk to someone who knew just about everything alive and everything inanimate.  Fishers had been reintroduced.  Old growth up here used to be giant hemlocks.  There was a tavern right over there.  This entire mountain grove was a field one hundred years ago. 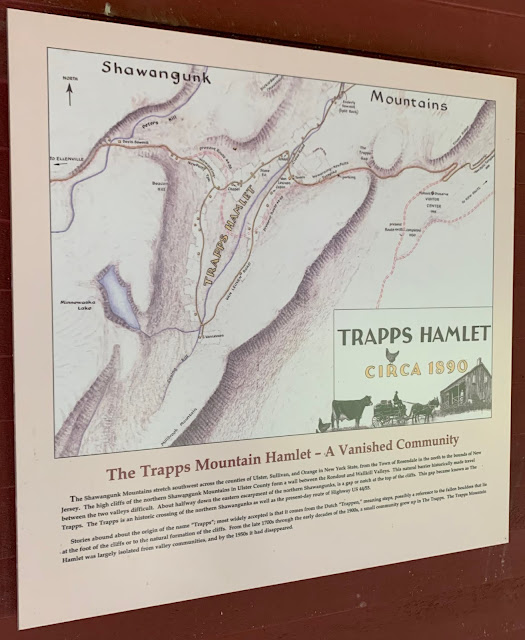 Wonderful to consider the strange early industrialism of nineteenth century America, when there were vile compromises and remarkable, different possibilities.  How tough it would have been to live up here, all winter, with nothing but your brawn, your neighbors, your root cellar where you stored whatever it was you were going to live on. Mountain folk, who called this home for generations.  And before that caves on the cliffs, which earlier Indians migrated to, hunting out one area and moving on.  He suggested I consider some of the articles he had on line, which I will and that I read a book, the title of which is memorable: “An Unforgiving Land: Hardscrabble Life in the Trapps, a Vanished Shawangunk Mountain Hamlet.”  I’ll get them both, certainly and hopefully we'll all hike again together before long.