To Get Tested For

Mammals are traveling ensemble this evening.  I’d just finished up losing two rounds of the newly introduced role-playing game Coup with the family and reluctantly went off to the office to get ready for an 8:30PM call.  There, outside were two Opossum.  These were certainly Possums or what my Seek app called Virginia Opossum.  The godlike AI algorithm within had tried to tell me the mangy, wild, house-cat that was out there foraging the other night was a Virgina Opossum as well.  But these two had the classic look, with a long, bald tale and a thin, rodent schnoz.  I called all the ladies in and they gazed down wondering if these were giant rats.  “Look see, these are Virginia Opossum,” but to be fair, I could see why they’d think so.  It is their clumsy, rotund ambling that make them cute and nonthreatening where a rat outside could be a rat inside in a manner these two could never threaten.  I’d say as well that they are the first Possum I’ve seen since reading a number of slave narratives earlier in the year, wherein Possum regularly wind up on the menu, unlike porcupines or skunks or raccoons.

Just a moment ago three small raccoons came by and foraged swiftly.  My app crapped out trying to identify them, though they had banded markings the way a raccoon does.  This trio, however were much smaller than the raccoons that usually swing by, traveling solo, so perhaps it was another species or, then again we may have had a group of teens, out on their own, flaunting social distancing. 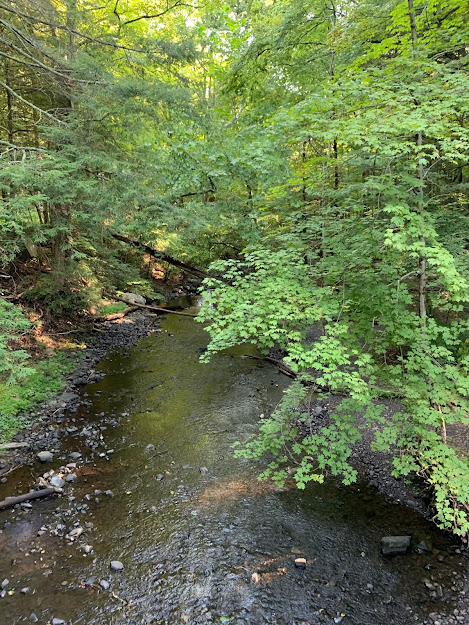 Friday morning at one-minute-to-five.  Quittin’ time in China, twelve hours on in their globe-spin.  This is a fine time of the week.  My dad and I have plans to go for a hike this morning as we’ve done for the last few Fridays.  A discerning hiker, he’s already identified a dozen precious locations not far from us.  This morning we’re off to Black Creek Preserve, over in Esopus, alongside the Hudson.  The photos of it that populate in Google images are alluring. 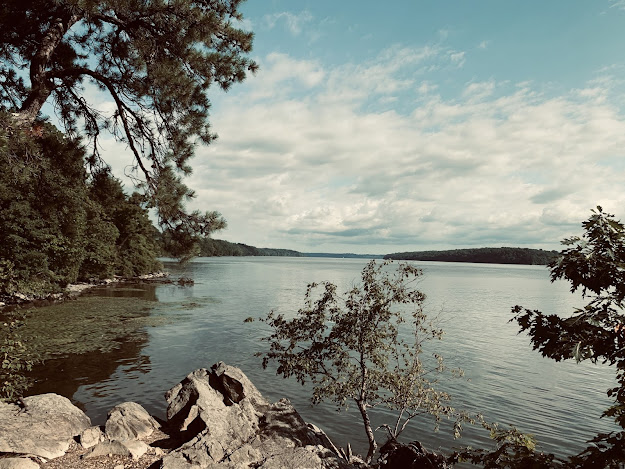 Later in the day, we’ll cross the river and do what tens of millions of other humans have all recently had to do.  My little one is required to get tested for Covid-19 before returning to high school mid-month.  I had no idea of the cost, or the ease, or whether this would be a swab or an injection.  Caremont Medical, suggested it was simply a matter of parking and waiting for ten minutes or so and we’d have the results in a few days. Hoping it all goes smoothly, in accordance with this rosy description, when we roll up there some seven hours from now.  I hope it’s all managed safely.

'Twas. But the wait was more like an hour and fifteen minutes.