You, Slayer of Worlds

Nephew over.  Good to have him.  It’s different hanging out with dudes.  Haven’t had much dude time in a while.  He came while I was on a call and played a game of Parchese with my wife and my older one, his cousin.  By the time I came out he was on his phone and I asked him to show me the game he was playing.  It was one where in you, slayer of worlds, manipulated the spinning planet of your choice, yes, I see that’s earth, and then chose the manner in which you’d like to destroy it.  I chose something that looked like it had tentacles.  It zoomed up, pondered the pitiful planet and waving its arms, it drilled a hole through earth and killed a third of the population.  There were approximately ten different such ways to destroy the planet and we proceeded to try a few more.

Next we played Battleship.  The box was empty, but I found the cases with the ships and the pegs and the grids there in the drawer.  Presumably there is a manner in which to calculate probability, which would rightly have you place your grey plastic piece here, rather than, say, there.  I did my best to be deceptive.  My nephew was in the unenviable position of having an aircraft carrier as the last member of his flotilla to remain.  I had a svelte little sub.  Aircraft carriers are tough to hide and I sunk it.

I couldn’t resist.  He didn’t resist.  And soon we were watching The Who, and Hendrix and the Small Faces on Youtube.  He politely humored my urge to rock.  He wanted to show me clips that involved The Beatles on “Family Guy.”  Scouse accents haven’t come far since the days of the “Yellow Submarine”  cartoon.  You’d think these voices-for-hire would at least practice a bit before attempting something of that importance. 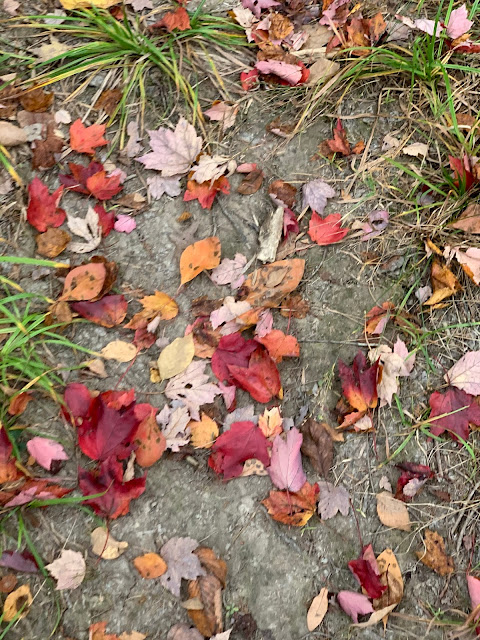 Ahh, but we should get some exercise.  And soon we were pedaling along what only last week was the rail trail but by today was a Persian carpet of fallen yellow, burgundy and claret leaves that had just begun to fall in earnest.  We turned back on Broadhead Avenue and I narrated the tale about the poor individual who’d been dragged along Main St., stuck under a truck.  Returning asked why it was that all the storm troopers in the Star Wars movies all had the same voice.  I could hear it, immediately in my mind and it seemed a worthy truism. 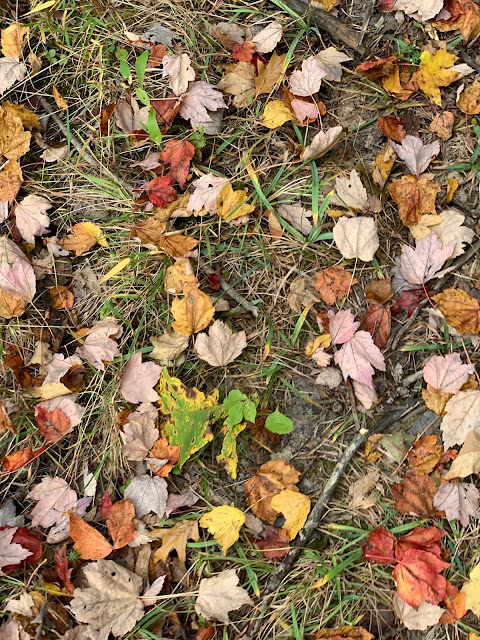 We still had a bit of time, before his mom would arrive and he was willing to let me read him some of the Orwell, I’d gotten him last month.  It’s been thirty-five years or more since I cracked open “Down and Out in Paris and London” but Orwell writes so well, and we immediately care.  He talks about not eating, referencing that some people do it for health.  He was on a third day without food and it was insufferable.  I can recall a time without money, traveling, when I went for just a day or so and it was involuntary, it was indeed miserable.  And before long, my nephew was asking good questions about the plot and the details and I wondered if he might night continue to read the tale on his own.