I was pretty good about writing every day.  And it has become harder.  I am still committed to publishing about every day.  But what ends up happening is I take notes on one day or another, I capture an image or a segue in notes about that Thursday, that Saturday.  And then on a day like today, Sunday generally, I attend to writing them all out.  And, as with most things we leave till later, the time needed to catch up swells intimidating. 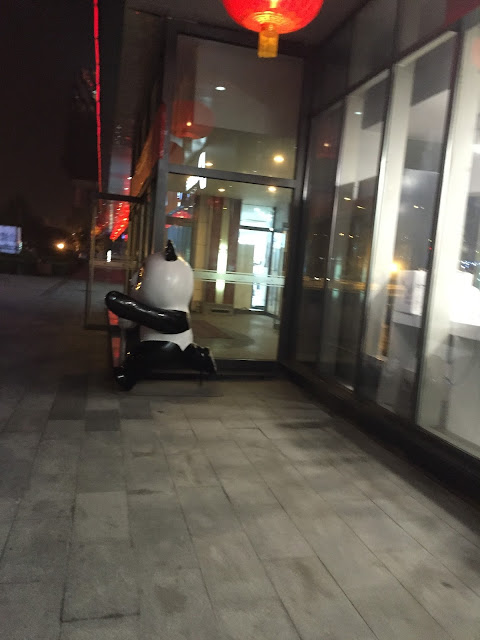 How does the writing change when you write for hours and hours as opposed to banging something out in shorter blocks, once a day?  Certainly after a while, you migrate from thinking about writing to writing.  You’re having a conversation with yourself.  After a time, you’ve reminded yourself that you're a reasonable conversationalist and any topic you might introduce at an evening’s gathering you could just as easily pursue da sé.

Everyone is out.  Or did I drive them away?  The older one said she was going to go out for a bike ride.  “Hey, shall we go together, and I can fill up the air on your sister’s leaky tire bike, we can ride up to where the old gnarled guy patches tires and then we could do a ride together?”  I can tell before I finish that this is a nonstarter.   “I think I’d rather just go around a bit by myself.” “No.  Sure.  I get it.”

She came back after her ride and I paused.  We read some ‘War and Peace’ together, the letters exchanged between Princess Marya and her dear friend Julie:
“What a terrible and awful thing absence is!  I tell myself that half of my existence and happiness is in you that for all the distance that divides us, our hearts are united by indissoluble bonds, yet my own rebels against destiny . . . “
You know, like We Chat. 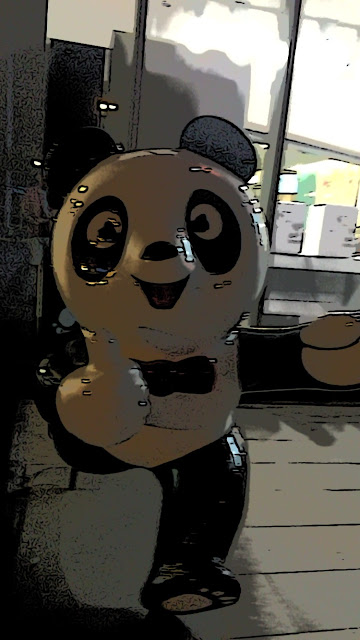 The younger one is home.  Her hair has molted metallic and, if you look closely it appears somewhat blue.  She is somewhat blue, because the hair is not sufficiently blue.  I am doing all I can to say that the $80+ experiment won’t be repeated until next year’s birthday.  I don’t.  I just keep saying it looks “subtle.”  Donald Byrd led me to the work of David T. Walker, the guitarist who has an oeuvre, which I’m now discovering.  I like his bends.  And I’m caught up for the week, as I’d set out to do today.

Posted by John Fargis at 7:55 AM No comments:

Let's Do It Now

I’ve got some Donald Byrd on.  This is the Ethiopian Knights album he recorded in 1972 with Bobby Hutcherson and Harold Land. It all sounds like some rare attainment of funk that elevates the genre.  A jazzman’s decided appreciation for a groove he preferred to eventually err homeward toward.

“The Street Lady” album or whatever it’s called that’s release two years later is more familiar to me and is no less tremendously funky but the lyrics can be a mixed bag of hep shouts and mysogynist grunting.  This definitely has the same guitar player as that album who has a distinctly purposeful wah wah pedal playfulness.  (Note:  This software’s autocorrect function needs to back the fuck up. It has insisted three times in a row that I meant to write ‘was, was’ rather than the proper name of the pedal. )   A quick check on things confirms this axman must have been the one: David T Walker who still walks the earth. 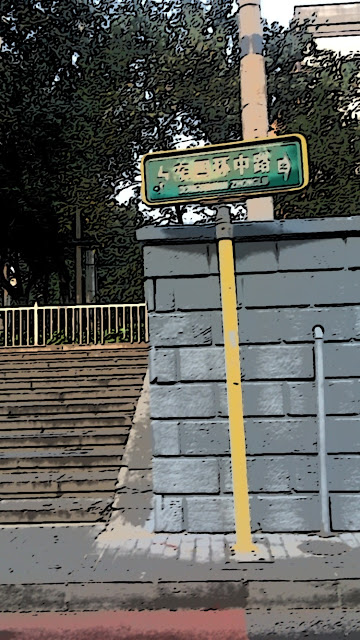 I have no idea what the air quality is out there today?  But for the first time in a while I’d rate it between shitty and fucked.  You kinda want to take little baby breaths instead of hearty gulps when you can see the air out in front of you.  Beloved Beijing my counter-podal normal.  It helps that we’re going eight miles per hour behind a Porsche and a column of busses, coughing and roaring foul exhaust out their hulls and into this guy’s half opened windows.

My young man at the helm is from Shaanxi.  I must confess, I don’t know the tonal difference between Shaanxi and Shanxi.  I must learn that.  Let’s do it now then.  OK.  This is something one can commit to memory.  Shaanxi (QSHD’s joint) is a third, dipping tone.  Shanxi a la Wutaishan and discredited coal barons, is first tone, first tone.  The effort I’ve invested will presumably save me in the future from the indignity I just waded through. 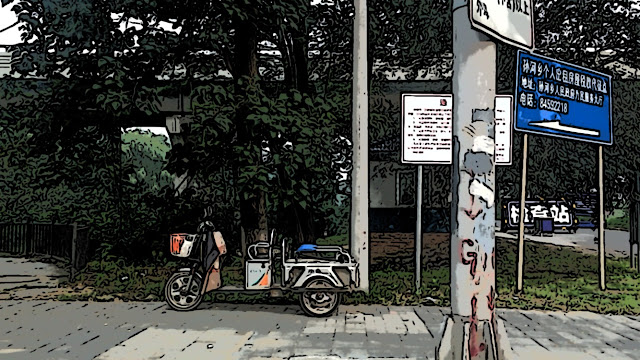 Without knowing which of the two provinces it was I asked: “So that is near which city?” I asked, trying to be coy.  “Me?  I’m from . . . “ a two syllable coupling of some place that means nothing to me.  “Right.  And which big city is that near there in . . . ”  Hoping the gentleman would put me out of my misery and say Datong or Xian.  “Oh you know, it’s near  . . . “ meaningless-meaningless.  “I see.  Is that near the capital of the province?”  I say, because I can’t give away the wrong capital city name and divulge my ignorance.  Eventually he suggests the name Xian and I realize he is a dipping tone kinda guy.

Posted by John Fargis at 7:50 AM No comments:

And of course, it doesn’t matter at all.  I can explain the idea beautifully, but this would suggest I actually make use the capital’s cultural offerings; I patronize the arts, I regularly visit the museums and know what’s happening in the local music scene.  I’ve discerned the meaningful metastasization of art from 798 off to where it now breathes in its purest form.  In fact, I live in the burbs and rarely find myself doing much of anything cultural in Beijing. 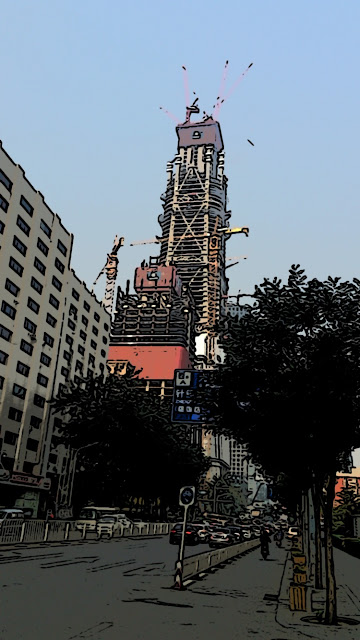 The young person who asked the question just wanted to know why I lived in Beijing.  He hadn’t asked for a tally of the events I’ve supported.  He was curious as to why I lived here and not somewhere else.   “Yes, I’ve also lived in Shanghai and I have lived in Hong Kong as well.”  And I already know what he is driving at.  He wants confirmation that Shanghai is the cooler city, by the inflexion and the yearning in his questioning when he describes that city. 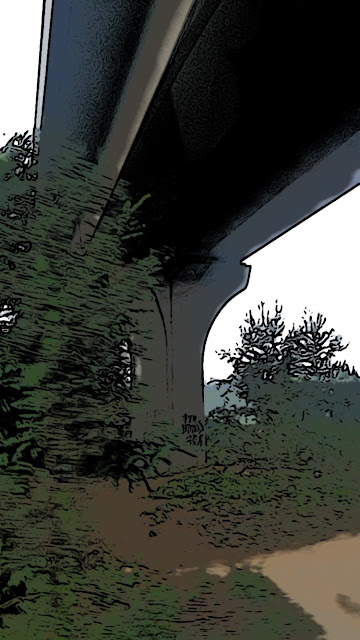 I shut this idea down unequivocally and as expected he is curious to consider suddenly that the early perception he had may not have been correct.  But we haven’t time and my purpose is simply to share a bit of something it took me four years to learn, and first considered fully across the street from this lobby, in a cafeteria at the Motorola building back in 1998.  If you’re Chinese from anywhere in the realm, this is your capital.  The city is imbued with a unique sense of collective ownership among Chinese people.  And what does that matter to me?
Posted by John Fargis at 7:47 AM No comments:

I suppose what this is, is sentimentality.  The east third ring road in Beijing is about as sexy as it sounds.  Driving up home now after a training that had me all the way down near Guanghua Lu.  In 1998 I used to commute down to this neighborhood where Motorola had its then, brand new office tower.  Only one or two of the landmark buildings that now define the street were in place then.  And I’ve seen it torn down and built up, lot by lot, ever since that time.  What was there then wasn’t particularly beautiful, but that’s not important to feel sentimental about something that is gone. 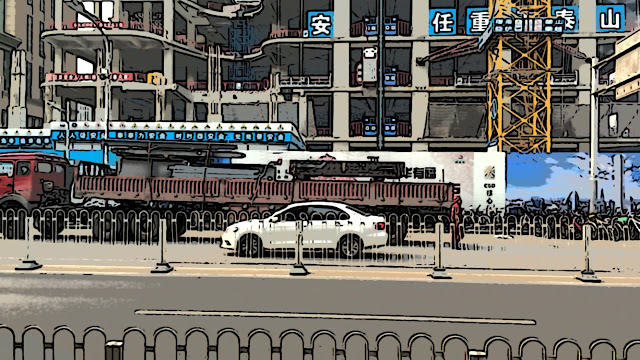 I can recall reading a biography of the nineteenth century American painter and stain glass maker, blessed certainly with one of history’s most beautiful names: John La Farge.  This tale written in the late nineteenth century bemoans the wholesale destruction of New York’s defining architecture, which I find all but impossible to visualize, the housing of the 1840s.  The author states matter of fact-ly that as everyone knows, the houses of the “forties” were stately and all that’s come since then in Gotham is an aberration.  Really?  I tend to walk around in hushed reverence considering the buildings that stand from the 1890s or indeed the 1920s.  Someone will no doubt look back at what stood on this road in the end of the last century and assert convincingly that this was the time when the east third ring road was really primal and characteristic of the China that was all still yet to be.

There’s the place where ‘CD Café’ used to be.  It wasn’t exactly Royal Roost or CBGBs, but I saw Cui Jian play there and David Sanchez, when he came through town.  In the time it takes me to write out the next sentence, we’re passing by the place where ‘Baochi Lianxi’ used to be.  I can remember seeing Tang Chao play there and talking about drummers with their drummer.  The ten thousand locations in your Beijing memory have all been upgraded to irrelevance.  We’re two buildings built up and torn down now, from where that club used to be.  It was never beautiful, but it, like the city, was more interesting in gestation than it is now that yet another office tower has risen to the canopy. This might be a fifty-year-old's epiphany.  The cities you knew aren’t just fading as they change, by now, they’re gone.  The New York of the seventies is gone like a period I never lived through.  It’s seems as distant as New York in the nineteen forties, or indeed the eighteen forties.  Sentimental then, about something that never seemed to merit much reverence, until I found it gone.

All fifty year-olds think this way.  All fifty year-olds are beginning to truly grapple with the fact that the world, the city they know, the people who are driving things are rather fundamentally different.  They city’s they knew haven’t changed, they’ve slipped, utterly from what they were. What New York was thirty years ago, hasn’t changed as much structurally as Beijing structurally, but that memory of what the city was is just as far away.  Just as completely beyond reach.

Not that this area out here was ever a pedestrian.  Rather it was in gestation and the creature coming looked interesting.  Now that its here, I’m not sure.
Posted by John Fargis at 7:42 AM No comments: