Not Worth Commenting On


Chinese editorials; I had it in mind to find one and this morning I did. Searching the Chinese word for editorial 社论 shelun I was immediately presented with page after page of search results for Taiwan newspapers.  This, even though the traditional character for lun 論 seems to be different.  I’m be happy to read the Taiwanese commentary, but I’m trying to push my reading of simplified characters forward with this morning ritual.  The traditional are infinitely more beautiful, but I don’t need to make morning Chinese reading any more difficult than it already is. 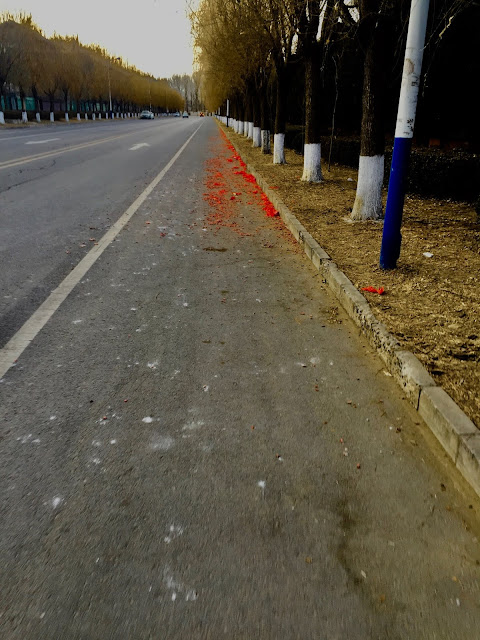 I confess I also wondered for a moment if editorials were simply not allowed.  But that’s ridiculous.  The “People’s Daily” certainly has an opinion on matters.  They’re not above taking a position.  And sure enough, when I entered the name of the paper I was taken to a list of what they called she lun on their web site:   The People’s Daily Important Speech Library:  http://opinion.people.com.cn/GB/8213/49160/49179/index.html

None of these position pieces seems to be attributed to an individual, which is what I really wanted, but rather the position of the editorial board for the paper.  What we have is the official, emphatic writing of the Party organ. I chose the most recent editorial entitled: “Major Announcements to Advance the Process of Peaceful Reunification of the Motherland.”  When I was young, I was always taught to use exclamation points sparingly in one’s writing.  The People’s Daily team strongly disagree!  The paragraph I read has six sentences.  Four of them end in exclamation points.

There wasn’t much by way of “news” in the article.  President Xi has reiterated China’s position and the paper drums home the time-honored themes:  Chinese are all one family, blood is thicker than water, don’t let “outsiders” cause trouble, etc.  The line of argument is designed to be absolute and to allow no room for nuance or reflection.  Reading it this way, rather than translated, it seemed even more stentorian than usual and one can only imagine how exasperating this must be to read, sitting in Taipei.  More “nuanced” mainland perspectives presumably focus on historical legitimacies and precedent in international law but it’s unclear if and where any real debate on this most sensitive topic, is ever pursued. 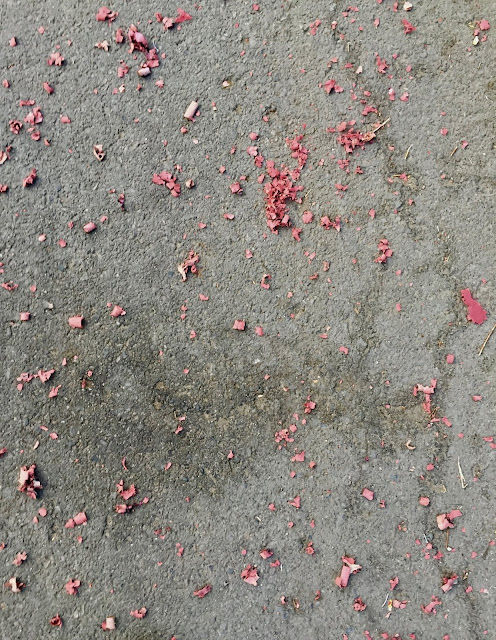 I asked my wife about this while I was getting my coffee and the girls were getting ready to depart for school.  I tried to pronounce shelun properly three times and when she finally did cognate what I was saying, she seemed to decide it was not worth commenting on and went to get her coat.  At least my older one and I could laugh about her weighty response.  Still, this was just my first day’s search for shelun.  The web’s a big place.  I have some ideas on where else to look for individual mainland Chinese opinion on a political topic.  And I think I've already found something interesting for tomorrow.

Posted by John Fargis at 5:13 PM No comments:

Fuzzy, first thoughts, squatting down and considering my phone in the downstairs bathroom this morning.  There is an email with information about a “National Emergency Response T . . .”  That didn’t sound good.  I thumbed back up and into that email.  Sometimes we get emails from the U.S. Embassy in Beijing telling us of some policy matter to be aware of.  The word “response” suggested I might need to do something.  Clicking on the email it was something that would have hit my spam filter in my main account but here on the phone was an email from Move On, whom I must have clicked something with at some point, reminding me that our Checker-Player-in-Chief had just declared a National Emergency, for his vanity project.

Just finished my Chinese reading for the morning.  I grabbed an article about the Foreign Minister Wang Yi, down in Thailand, negotiating matters in the South China Sea.  Chinese news is always interesting for what it doesn’t say.  There were no disagreements, rather a frank exchange of views. Sophisticated readers, unlike toddlers at my level, can presumably discern the tenor of such an article with one or another turn of phrase or by noting glaring omissions.  I do wonder in this day and age with so many hundreds of millions of people on line, if there aren’t detailed analyses out there, that care to assert what really happened, in detail.  As I think about it, I’m reminded of editorials that most papers have. Tomorrow then, the Shelun section of the paper. 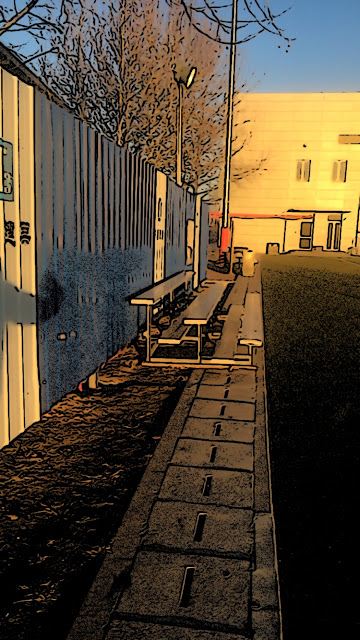 America seems to keep having holidays.  Monday’s is President’s Day back home.  This means people won’t be taking care of a number of things I’d otherwise hope to have settled by my Tuesday morning. Will need to wait till Wednesday.   A few weeks back it was MLK day.  We just got through our Lunar Holiday break and everyone is ready to properly engage, but the U.S. is off.  I was speaking with a company in Sao Paolo.  They reminded me that the whole country shut down for the first week of March for Carnival.  Oh yeah, right, certainly heard of that.  It can’t be long before my kids will want to know what they’re going to do for Spring Break. 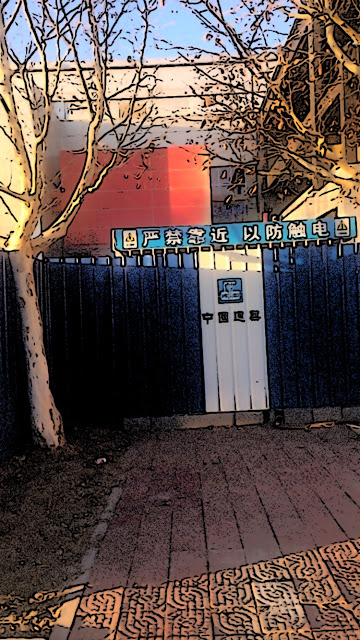 Pete La Roca, the bop drummer who later studied (and practiced?) law.  He’s the drummer on that crazy, live Freddie Hubbard Album, “Night of the Cookers” which I’ve written about a few times and I thought to return to his solo album, “Basra.”  The intriguingly titled “Turkish Women at the Bath” was released by Douglas Records under Chick Corea’s name without La Roca's permission and he sued and won a lawsuit against the company, forcing them to recall the improperly titled records; a form a law-practice, certainly.  Good for him. I’ve got something called “Nihonbashi”, and I don’t know if it’s intended to but it conjures up that odd bridge site there in Tokyo where the old, imperial bridge tries to maintain its dignity beneath the post-war, highway overpass.  I wonder what about the bridge, that neighborhood was in his mind, when he named it so.

Posted by John Fargis at 8:30 PM No comments:

Spring Outside or Inside


The Amazon deal back home in New York fell through.  When it was first announced it seemed logical.  Everyone suggested it was all rather anticlimactic.  Of course, they’d choose New York City, with its concentration of knowledge workers.  All the speculation about tier-two midwestern cities had only been a distraction.  Even though I haven’t lived in New York City, physically since 1997, I was still imagining this new Amazon complex as effecting things in my city, considering what it might be good for and what it might help to ruin, back there in my “home.” 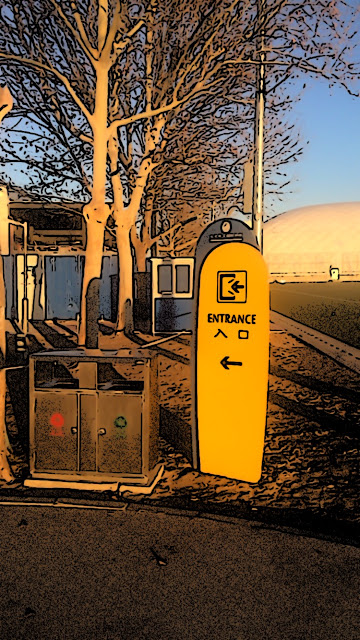 It ain’t gonna happen.  Once again it seems obvious to all the pundits that it was never meant to be now that it has fallen through.  Amazon asked for too much, the Democrats newly in charge of the State Assembly are no longer following along with what the governor and the mayor had negotiated.  Affirmation and refutation to the lingering sense of New York centrality.  The city’s too big to be cajoled by any one company: good.  The city’s too arrogant and ill governed to allow it to convincingly wax as a technology hub, bad perhaps, in the long run.  It's best certainly, that New York, already gutted by property developers, doesn’t become that much more beholden to someone who necessarily flouts the city’s centrality.  Burden’s on the City then, to continue to prove its criticality and find that $65B in revenue that might have helped on civic infrastructure.

It’s already two in the afternoon.  I haven’t made it to the gym all day.  Usually I’m home from that part of my day by 7:30 in the morning.  I took a walk outside to bring the bottles to the curb and its warmer.  Surely there isn’t any snow on the ground.  But even though the song on the airwaves in this room was “Up Jumped Spring,” it hasn’t.  It’s doesn’t feel at all like Spring outside or inside just now.  Leave it all dormant for the foreseeable. 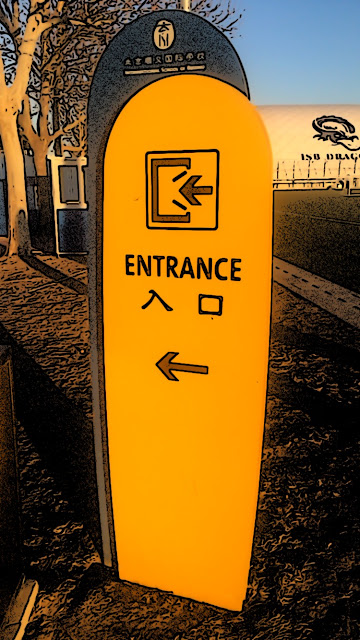 I’ve held off eating all morning till about this time as I generally do.  In the back of my mind I’m preparing myself for something longer.  I’ve been “preparing” myself for quite some time actually, and I’m not sure if I’ll ever be ready.  My friend has fasted or three and for four days.  I can do twenty-four hours but I suspect there will be a very ugly period of dissatisfaction during the second day, were I to extend things beyond this first day.  And so, I never do.  My friend maintains that day two, at least the first time he tried it, did indeed, suck.  However, day three, was he suggested, in a state of ketosis, was fabulous and clear.  It won’t be something I start today.  That I know.  I’m going to go open a can of tuna fish.

Posted by John Fargis at 8:20 PM No comments: