I think the cab driver is listening to some sort of live feed from a dating app.  The guy they cut to is falsely assertive.  He keeps asking what do beautiful girls really like to do and a sultry girl states random utterances of acknowledgement.  It used to be you’d hop in a cab and had no choice but to listen to the grizzled larynx of Shan Tian Feng acting out revolutionary battles.  Now people of China, the drivers of Beijing, have a choice.  Who knows how much further this might all descend.  I feel as though I’m in this man’s bedroom.

I had a devil of a time getting a cab tonight.  It wasn’t cold, it wasn’t hot, and so I couldn’t complain much.  I stood out in front of the building I’d just had a meeting in.  My colleague headed off for a subway.   All the cabs that passed were full.   Private cars pulled over, and private people walked out or walked on up.   I gave my old kuaidi app a try and no one was going my way.  Uber’s long since been shut down.  So I decided to walk along heading towards the Posco building lights in the distance.  I’ll head to the next cross roads.  And then on to another one.  Nothing. 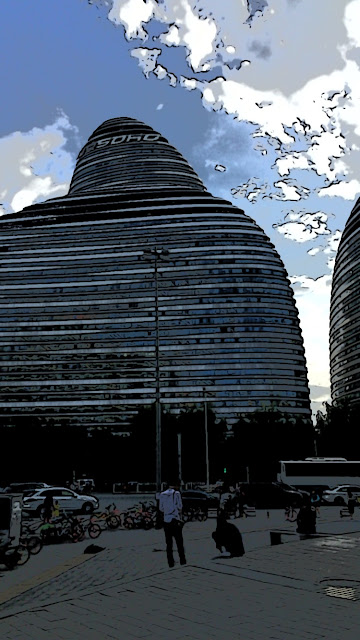 Twenty minutes into my search I spied a cab with his light on fly past and stop one hundred meters up at a light. I wasn’t sure if I should dash for him.  He was three lanes into the boulevard.  The light held and I walked over assertively.  Opening the front door I said:  Hey, let’s go to the airport.”  Knowing this to be a not insignificant fare I was nonetheless fully expecting him to say: “scram.”  He didn’t and I hopped in. 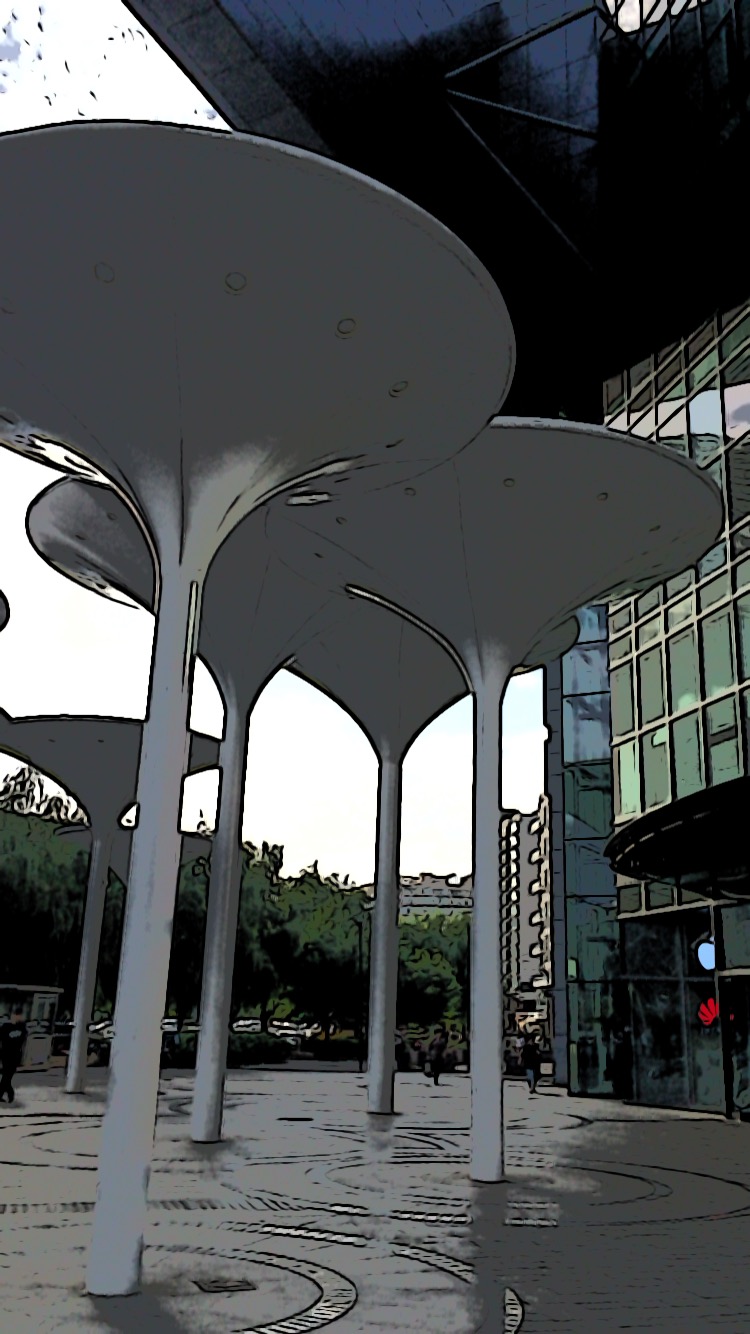 In the time it’ s taken to write three paragraphs we’ve managed to move about a kilometer.  There is some terrible traffic here, right outside of the 798 Art Center. It’s always this way and just now it’s the height of rush hour.  A cab is broken down in the middle of it all, two cars up to the right.  The cabbie inches his car along, by brute force whenever there is an opening.  He’ll be here for a while.  I’d be on one of these bike services if I didn’t live out in the suburbs.

I Know Who He Is

Up in front of me is a cop.  He’s gotta be a cop.  But not one of the pot-bellied cops who ride around in cars killing time in my capital neighborhood.  The kind of cops who would be eating doughnuts if there were doughnuts to eat and places to eat them.   No, this is an airplane security fellow.  He is on board to do what United had done to the hapless doctor they dragged off a plane, when they insisted and he refused to deplane.  I’m staring now at the back of his head.  I don’t need to see what the front looks like.  I know.

He has a bit of a Mohawk-do. But that’s not how I know who he is.  His Mohawk is duck-assed up in the front and the rest of what has been allowed to remain is reaching for the sky, waxed.  He has a non-descript and glaringly obvious regulation blue baseball jacket, matching dark slacks and black oxfords that come in handy if you were kicking someone in the ribs.  He’s sitting all by himself in row thirty-one.  I’ve seen him time and time again on these flights.  Turning, his face is chiseled.  He looks hardened and, unconcerned, like he’s had time to practice interrogation. 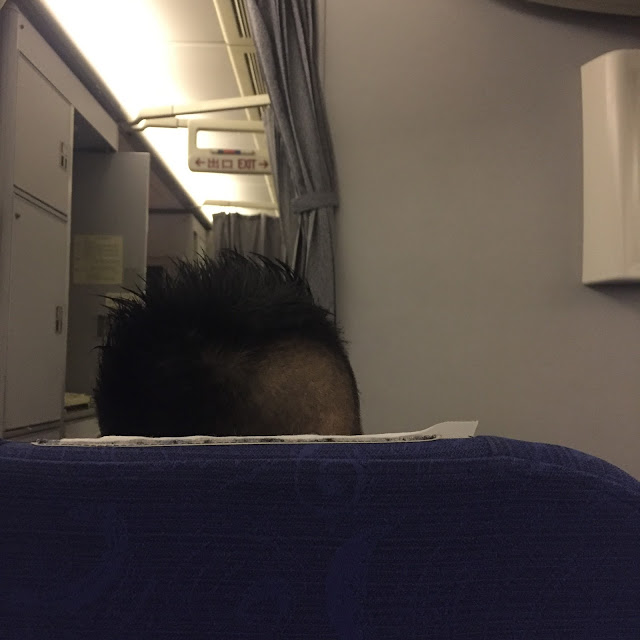 The flight regularly makes and announcement that they will “discharge their duties conscientiously” with regards to people who smoke on the plane or who, alike me don’t turn their phones off after they’ve been told to, or presumably decide to make a mad run for the cockpit the way the Muhammad Atta and crew did on the morning of 9/11. 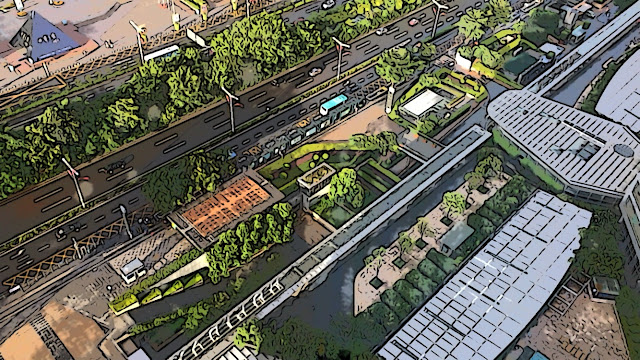 I suspect he isn’t allowed to fall asleep.  But I’m worried as his head is swung over at a 180- degree angle.  Oh dear.  Is he going to be able to discharge his duty conscientiously?  He’s holding it there or rather, it’s positioning him there, off to the side in seat 31D.   Is he craning for a better view of the insipid travel video that Air China are showing?  One he has presumably seen many, many times before?  Interesting, no.  I’d say he’s fast asleep.  So much for the mid-flight security.  I’d say we’re still protected in case someone lights up a cigarette in the bathroom, but I’m not sure I’d want him on-point if a spirited terrorist sprints for the cockpit.  It will all be too late.  Hey Serpico, wake up!

Posted by John Fargis at 7:00 PM No comments:

What’s the Next One All About?


For those of you out there that read this briny dust, thank you.  This is what I’ve done with my Sunday: caught up on all these posts.  It’s not an insignificant investment of time.  And when you’re more than a few days behind it all gets a bit robotic, posting, choosing photos, titles and moving on to the next day.  It’s easy get one day wrong:  refer to a Tuesday as Wednesday or the 9th as the 10th and then all the subsequent posts are off.  If you want to correct it so that the sequence isn’t disturbed, you’ll need to delete them and repost and this happened three different times this morning. Colossal waste of time and I take to cursing myself until my wife tells me to shut up. 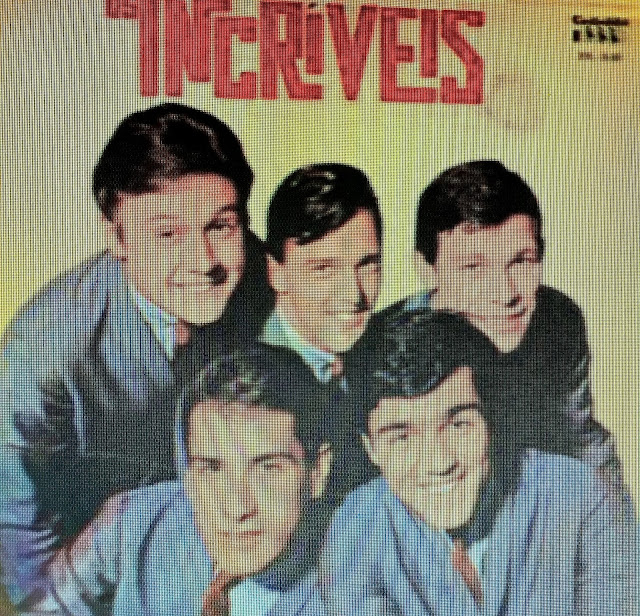 Today I had my “This is the Modern World” radio show on and Trouble played a song by “Os Incriveis” that was pleasant.  I couldn’t find it though I came upon a playlist of their songs over the years.  I let it play and went back to cursing and recasting dates.  Every tune seemed to start out interestingly but then something would ruin it.  The break would be cheesy or the guitar sound too thin.  What’s the next one all about?

Not much.   Spanning a Beatle-like arc across the sixties I considered their early period of these Brazilian lads, but was left a bit flat.  Surely this psychedelic album cover disc will have something worthy on it.  It might, but not this song.  And by now I was getting accustomed to what they looked like as cute kids and how cruel time’s inevitability left them looking by the late seventies. 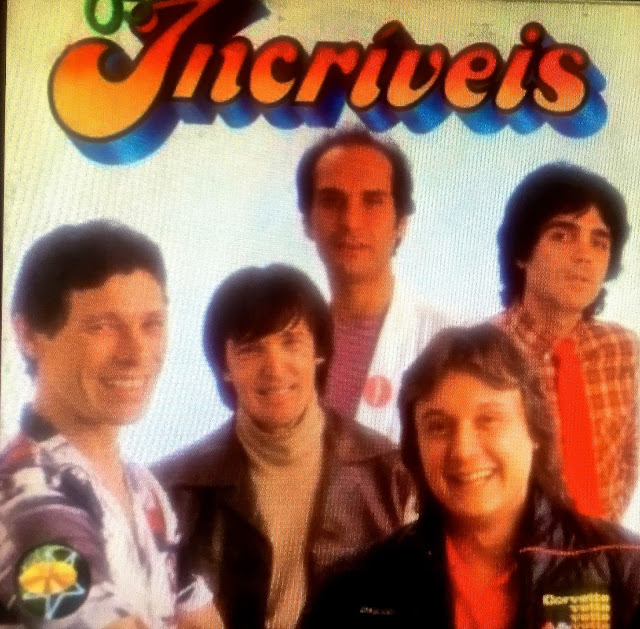 Focused on the posting, I kept clicking, thinking the list was about to end.  But it keeps replenishing and has morphed into a list beyond Os Incriveis, of sixties and seventies Brazilian crooners.  Standing in the kitchen, refilling my coffee just now, with the residue of sixty or seventy middling, schmaltzy half-listened-to-tunes in my head I asked myself the obvious:  why do you continue to listen to this?

Both the kids are away this weekend.  That is quite rare.  They’re over with their brother in Tokyo.  What a good brother, he flew them both over.  So, there is no one to nag.  No one to wake up.  No one to suggest they ride a bicycle or drum, or sing, or dance, or read, or put down the damn computer.  Some part of the morning is robotic.  Check emails, read the paper, make some coffee.  There are many, many things that one could do.  But for now, I’ve decided to go back up to bed, lie down next to the Mrs, and . . . read.  Just read.  Read the wonderful novel I’m in the middle of: “The Sword of Honor” by Evelyn Waugh. 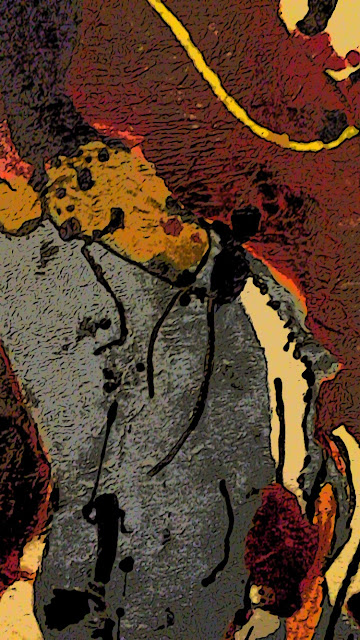 He writes so sparingly.  The dialogue is taught as twine and when it isn’t uproariously funny it is suddenly sad and somber.  One is struck by how much filler Americans stuff into their adopted language.  The diction among Evelyn Waugh’s caste of Englishman in 1940 is innately pithy and precise.  The Halberdiers have been preparing to go to war for quite some time.  I suspect this is all purposeful and I’ll feel the wrench all that more convincingly when some of these familiar chaps are blown to bits.

I suppose most people these day watch the television and consume art as video.  It’s a perfectly reasonable thing to do.  I have no interest.  Or at least, on the balance, I’d rather enjoy art by reading it than watching it.  Surely, I’m a museum piece.  I note that it is harder to share art in this fashion.  You can recommend others read something or read something someone else has insisted you dig into, but it’s not as though you’re going to head out and read a novel together with someone else, and then debrief as you and this person finish up at just the right time. 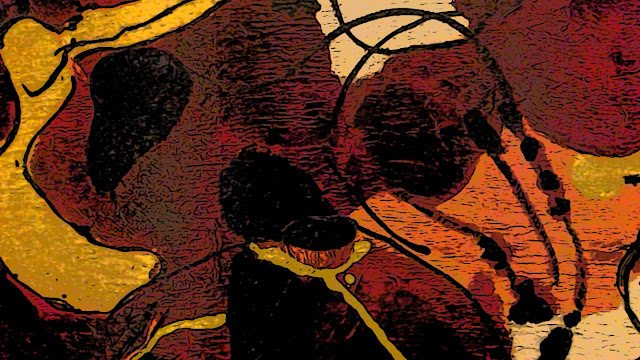 Reading is a reasonable way to learn.  But so was recitation.  No one does that much any more.  Memorizing lines of the Bible, lines of Li Bai, these were all time-honored ways to acquire and transfer information.  They are increasingly anachronistic.  Reading is a more central, well established shibboleth.  Will it become quaint to read anything before long?  If one could secure knowledge faster through another consumption method, say cerebral uploading, then reading would be simply become a quaint old fashioned past time like strumming a lyre or reciting couplets.  In the meantime, it was nice to read a hundred pages of a master of the English language while lying in bed, ignoring the rest of the world.