Everything Is Back to Everything

Spent the first few hours of the day with Archie Schepp and Horace Parlan.  Trouble was interviewing Karen Krog on “This is the Modern World” last evening.  The Norwegian artist had recorded extensively with Archie Schepp and soon I’ve meandered off into his world.  Beautiful.  Schepp can be a honker, but that’s not where its’ at on this majestic collection from 1977, that slowed me down and made me feel.

It can’t but me melancholy.  It’s the last day of a vacation.  Everything is back to everything tomorrow. I’m not sure I want to go.  Everything is nearly caught up.  That’s unsettling as well.   It’s ephemeral.  It’s all about to get demanding again. 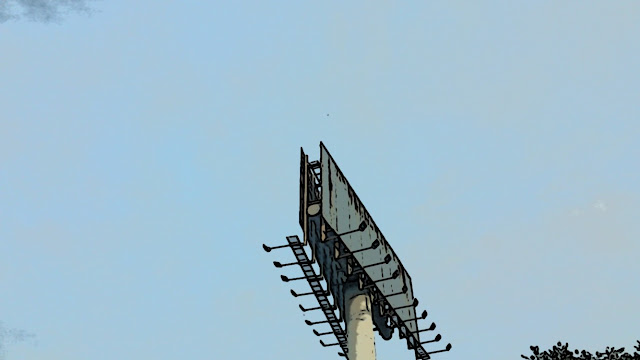 My daughter and her friend took to watching “The Life of Brian” this afternoon.  I did my best to let them enjoy it with out my Michel Palin imitations.  “Well, you did say Jehovah.” “Can we have burritos?  Your burritos.”  Well, if you put it like that . . . I get ready to ride over to the market and notice that its pouring rain outside.  Never begrudge Beijing rain.  We always need rain and renewal.

On ride over I notice the guard, one of whom is always standing there underneath an umbrella, is standing there, underneath the umbrella in the cold rain.  He salutes and I wave, as always.  Turning the corner there is another “guard”, a kid standing in the pines, somewhere between at attention and at ease.  He looks miserable.  Anyone would be miserable. 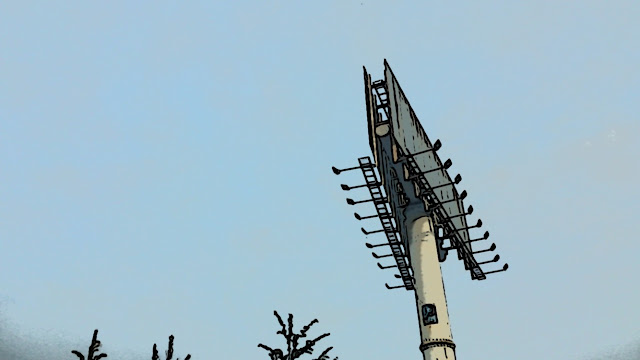 Returning with pinto beans and hamburger beef I pull the car over and give the first guy and then the second guy a cup of boiling water I’ve brought them from the café.  A neutral beverage, China’s time honored default seemed best.  I’m concerned that they may be concerned as to just what it was I offering them as I walk over each time.  But they each took the cup gladly.  If nothing else it will warm their hands.

Posted by John Fargis at 3:23 AM No comments:

It’s been a long time coming but well into October now I suppose it is undeniably fall.  Even if it is warm and the leaves are still on the trees and jackets are optional, the sun makes its way down quicker at this time of year.  It’s necessarily melancholy when the day feels like its winding down at 4:00PM.  Some of the things you’d hoped would happen today, now, clearly, will not. 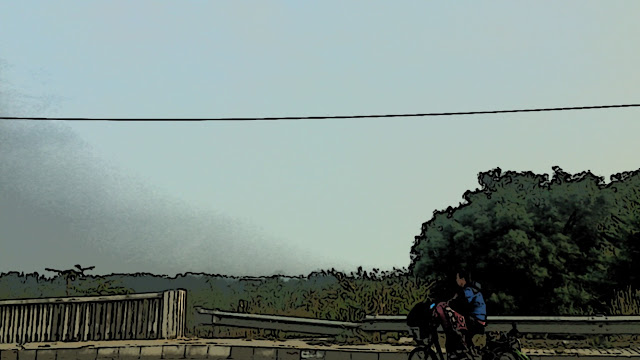 Thick and polluted but you already knew that.  These days that should otherwise be sunny when there isn’t much of any cloud up there in the sky, and the temperature would make it just right for walking around.  This sort of day hurts the most as there is nothing but pollution, no fog, no haze, no condensation to share the blame.  It should be a great day and it looks like someone just shook a carpet over the horizon. 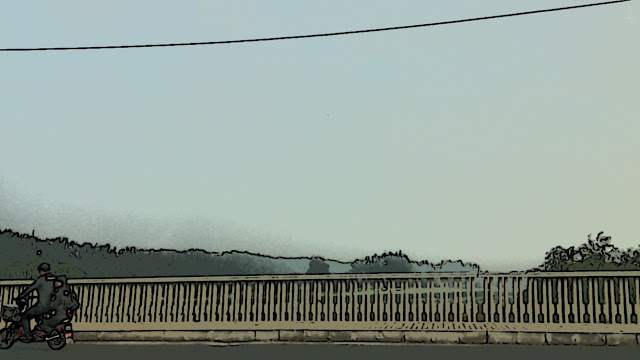 How do you find a contractor to help with office work? I know the sort of person I’d like to hire.  I had such people employed in the past.  But most of those connections were serendipitous.  Serendipity isn’t something you can invoke.  I just met someone and I’d intended to ask them, "hey, do you know any smart twenty something who’d like to pick up some part time work, but I forgot."  I fear I will continue to forget.

I went on line to look.  Clearly most sites are designed for the job seeker rather than the job offerers.  I didn’t see a smart way to find someone in Chinese and soon I found myself veering off into someone else's idea of what a "personal assistant" should do.  No, no.

In fact I’ve been doing a bunch of searching on the Chinese web today.  Not unlike dialling up for information I tend to get frustrated conducting myself in a foreign language.  I frequently make stupid inferences that have nothing to do with what is really happening.  Searching on Baidu, one is very quick to blame the search engine for its inferior algorithms gummed up by pointless for-pay placements.  But in fact I suspect that a literate person would discern a lot of what's nonsense rather quickly.  It's I am am forced to look things up in order to find out that they're insipid.

Posted by John Fargis at 2:52 AM No comments:

The Length of Your Axe

It’s a down week.  Not much is happening here in China, which is human and merciful as it is all rather relentless otherwise.  The U.S. of course, isn’t off and as with the Fourth of July or Thanksgiving, there is no rest.  And the habitrail of my to-do list seems to be grow faster than I can retire the new items added this week.

It’s as good a time as any to hack a zombie to death or die trying.  In the other room my younger one has her new game up and running boldly on the TV projector's wall.  Generally I avoid whatever is being broadcast in there. Generally I avoid playing any such game.  But out of a sense of duty, as much as anything I park my butt on the couch and ask for a controller.   "How do you use this thing?" 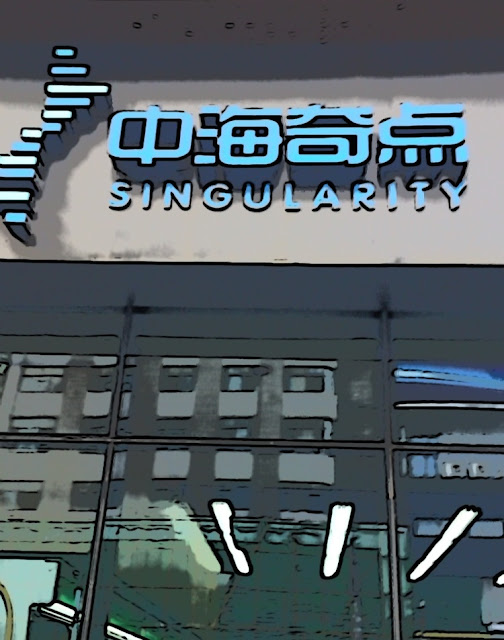 Bloodborne is a rather violent “game” as they all seem to be.  There is no world where you run into strangers and do anything else, it seems, but kill them or be killed by them. I spend the first five minutes swinging at nothing and trying to master motions on the controller.  "Why are you looking up at yourself?"  I have the infants view.  "You need to look up and forward."  "How do I do that?  What does this do?"  I swing at nothing.  "And this?"  I duck and spin.  “How did you extend the length of your axe like that?”  She shows me. 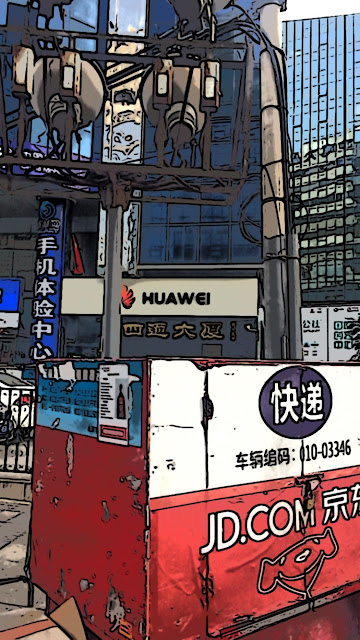 I head off and meet the first hapless zombie who I manage to maul.  I maul another one by wildly swinging my axe alternately ducking and leaning in.  And I am feeling very good about the fact that I am still standing.  The next meanie kills me quickly and this is unfortunate. My character even gives a little groan.  I try a second time and don’t even make it past the first zombie.  Well, there you go.  Killed some living dead, but retired nothing from my list.

Posted by John Fargis at 2:43 AM No comments:

Ride for a While

The bathroom book of the autumn season is “Of Human Bondage” by Somerset Maugham.  We’d stayed at a hotel he’d frequented in Venice during our anniversary and I’d read his “On A Chinese Screen” essays at the time and secured this larger novel along with it.  Philip has a hard luck upbringing.  His parents are deceased and his uncle is a vicar who wants him to spend time reading about Jerusalem rather than looking at the pictures of the Holy City.  He has a clubfoot and can’t play sports and has an even worse English boarding school experience that most.  He’s grown suddenly and is off in Germany, flirting with Germans, meeting Chinese and Americans, drinking with Englishmen, there at the eve of the Great War. 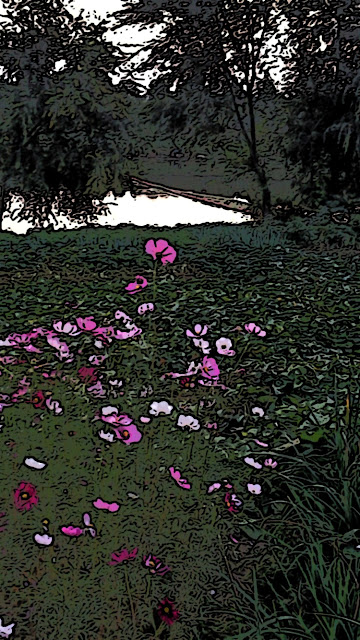 The Genius Bar is a smart place to go.  But not, perhaps if you’re Macbook Air is over five years old and out of warranty.  It doesn’t take a genius to know how that will play out.  After the wait, she’ll tell them it just sort of conked out, overlooking the mention of the glass of Valpolicella that fertilized the keyboard the other night.  They’ll look it over, and confirm that it is two years out of warranty and that it will probably cost just a bit more than half the price of buying a new one.

Or you could head to Zhongguancun.  Dutiful readers will note that we were just over there a few days ago, getting games, replacing batteries.  “I’d take it there.  They’ll fix it on the spot and charge you a third the price.”  She makes a few calls and is soon on her way, leaving the house to the girls and myself. 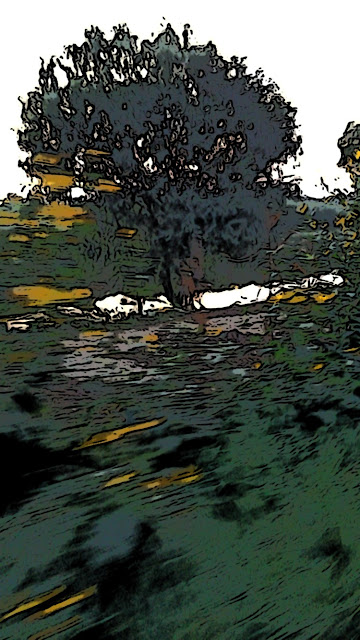 With some persistence I manage to talk the younger one into a bike ride.  We almost go our separate ways when I insist that we are not going right, to the mall, but rather left to the river trail.  There’s a busy road to cross, but once we’re safely on the other side, one can ride for a while and pretend they’re not in a busy city.  The landscaping is lovely but the water is notably polluted.  I remember canoeing in the Housatonic River during camp as a kid.  We called it Housy-rot when we touched the water.  I would imagine it's a bit cleaner these days.   For now, I’d say they’ve done a nice job on this riverside park.  So glad there are no cars.