“You cannot!”  No one says that phrase quite the same way my wife does.  Certainly no one directs that phrase at me they way she does.  Perhaps it’s that way for many couples.  I had secured this response by suggesting I was heading over the gym.  It’s a five-minute drive from here.  “Haven’t you seen?  There new are restrictions on driving.   Even out here within the sixth ring road, cars can only drive every other day.”  I pause and consider the fact that the local traffic “policing” is rarely very present.  “Are you sure?”  She’s sure.  “They’re looking for violators.”  I consider this.  OK then. 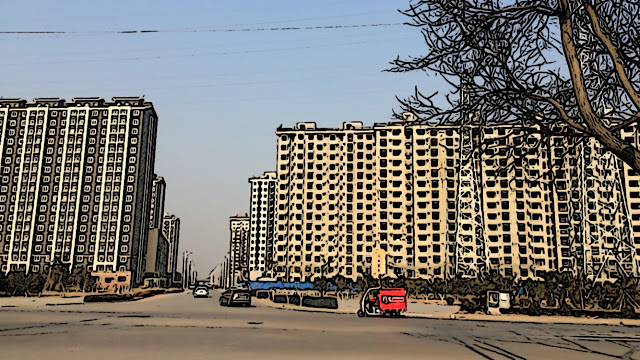 Oddly, it’s a fairly clear winter morning.  And, it would seem, I’ve already transgressed the new restrictions.  I was over there at 8:30AM.  The school guard said that today, they weren’t going to open till 10:00AM.  “Really?  Are you sure?”  “Why would I say it if it weren’t true?”  I couldn’t say anything intelligent back to that and drove home, intending to return.

Now it appears I “cannot.”  I could bike over in the cold or catch a cab but at this point my resolve is fading.  I’ve done my calisthenics.  That’ll do.   Tomorrow then.  Think of all the work I can now do.  I suppose I can’t complain that the Mandarins are taking action.  The sort of action that would be almost impossible to legislate on short order in a U.S. city without a Chris Christie-like rogue move: traffic is hereby altered by fiat. 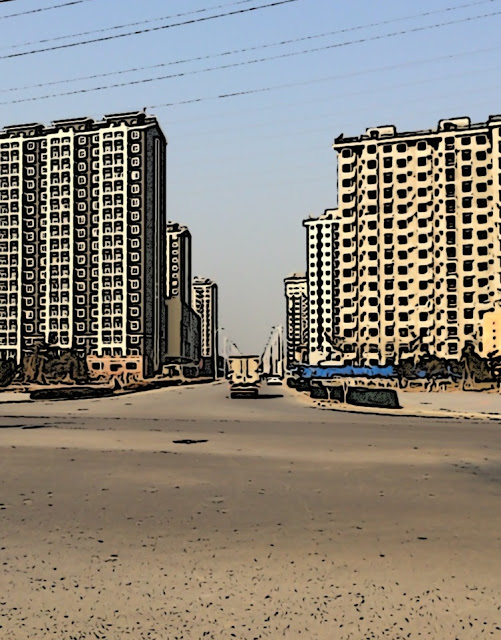 My wife has something to do across town and I share a ride with her in a cab that has a proper odd number plate for the day.  I have a meeting at the local Starbucks and get off after the first mile.  Afterwards I walk back home.    It isn’t far and the weather is pleasant.  But the DHL man calls.  “I’m here.”  If I want to get that package sent, I’d better hustle back.  He doesn’t want to wait for more than ten minutes and he won’t be able to return tomorrow.  “I cannot.”   I put on some old Isley Brothers, straighten up my posture and walk swiftly.
Posted by John Fargis at 10:51 PM No comments:

I washed the condensation off the cab window with the back of my fingers. A few beads of water remain there like an archipelago.  I tried to take a picture of these water beads but I think the camera focused on the trees and sky outside.  As I write the archipelago is slowly evaporating.   What had been fifty beads of water is now eight or so tiny pin drops.  The others have all been absorbed into the warm heated air of the cab. 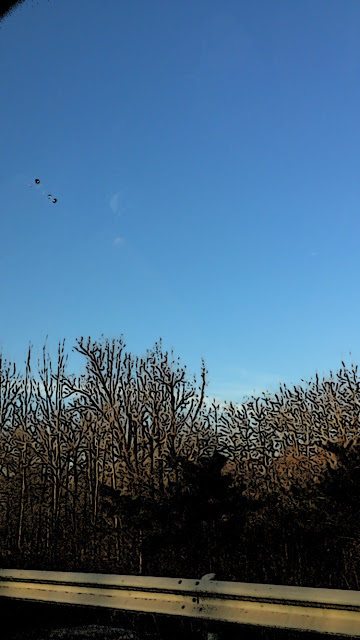 My hair is wet.  Normally I wouldn’t care.  But on a cold morning it chills my body and reminds me of how people catch colds in the winter.   I had the cabby, a pleasant lady whom I believe I’ve ridden with before, turn the heat up to counter my frozen cerebral aura.  And this worked, eventually.  Now all the water beads are gone.

My driver is quiet but congenial.  She’s had to take her own coat off, in response to my earlier request to turn the heat up.  She was day dreaming at the light just now as it changed.   I sniffed my nose loudly to catch her attention.  The driver behind me ran his horn.  That caught her attention.  She looked up and quickly drove forward.  I’m mesmerized by the crisp, blue winter sky, in the bright morning light. 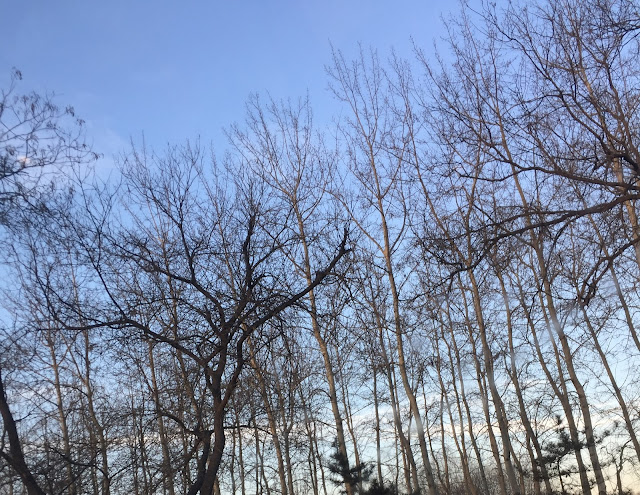 Running late, as always.  I guess all you can say about it is that it’s not too late.  Driving in at rush hour it could have been much, much worse.  Now, for the final stretch in it looks like we’ve got a straight shot.  There is plenty of loud graffiti under the fourth ring road underpass there to my right.  I wonder if there aren’t people who are picked up for making these contributions?  There must be ubiquitous camera on all such structures to capture everything, always.  My driver is jerking around in and out of lanes.  It’s unnerving.  More blue sky.  I fade in and out of dreams which cling to my thinking with angular logic that makes no conscious sense but seemed very important a second ago.
Posted by John Fargis at 10:44 PM 1 comment:

A friend introduced a friend.  Would you like to meet?  Certainly.  He’s provided a link: “I’m staying in this hotel.”  I hesitate as I click on the link.  Beijing’s a big town.  It’s as though I’m in Westchester and I dread the guy telling me to go meet him in the Far Rockaways.  To my surprise, he’s staying at the airport.   “Well, that’s perfect.  Happy to meet you then.”  I live fifteen minutes away.

This is my second time into the Hilton Capital Airport Beijing.  There is an obligatory Christmas tree standing in the center of the lobby.  I walk around finishing up a call, considering the cavernous austerity of this uninspired Hilton property.  Often international hotel chains tend to put their best foot forward with notable hotel designs in the competitive China market place.  This is not one such establishment. 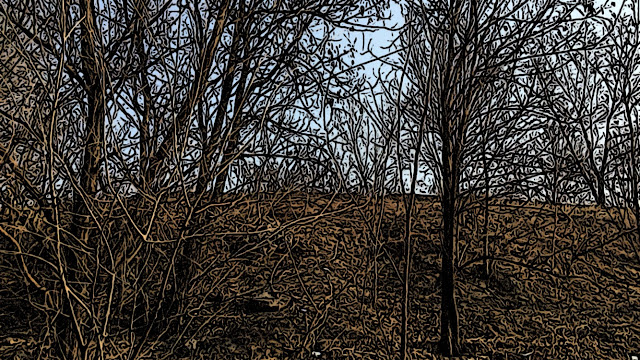 Later we dine with friends for dinner.  It’s cold and I’m carrying rice in one hand and a bottle of Prosecco in the other.   I have no gloves, no hat.  It isn’t much further.  I see the light of their door.  But I’m thinking about New York where I’ll be soon.  It will be much colder.  I must dig out my winter things from last year.

One of the boys has a video game on a large screen.  A vaguely Nordic looking guy with a sword is on a quest, trotting around a rather remarkably vivid, misty world.   A swarm of harpies descend upon the Viking guy.  My teen host makes who’s manning the fellow, makes short work of these pests.  I ask and he confirms that he’s taken a few points of damage for stumbling down from a tall wall.   Wraiths that seem ferocious but prove to be a mere nuisance, fly down and are cut to pieces.  I inquire and there are apparently other more hearty wraiths who are more difficult to dispose of. 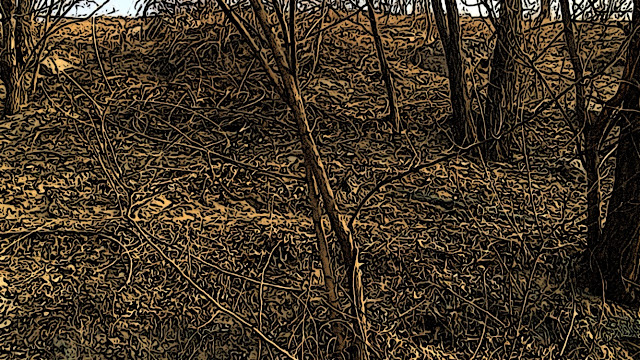 It occurs to me that I would have probably invested many months of life into such games were I to be a teen today.    And I know that virtual reality games that are pending will make this feel like Atari.  Walking home, I'm still considering the wraiths and I’m glad there I won’t have to fight my way to the car.  That would be a nuisance.

Bulkhead blues.  Passed on the chicken, passed on the beef.  Every single person around me has a screen open in front of them.  If they hadn’t it wouldn’t matter up above there are at least three wall mounted screens showing the map, as well.  What’s playing on all these devices?  There are Nazis dragging nuns around.  There are what seem to be Thai or Cambodian monks in saffron on another screen.  The guy to my right is large and has a large tablet device.  He’s broadcasting some suburban American slow paced drama.  Not that I’m looking and certainly I’m not listening, but nothing seem to happen beyond handsome twenty-something guys nodding intently.  Over to the far right it’s another American scene, but its night time.  Off to the left side there are fantasy people with furry faces fighting each other.  They fly around unconvincingly as creatures do in Chinese movies.  The map suggest were coming up on Anyang which would mean we still had an hour or more to go if we were on the high speed train. 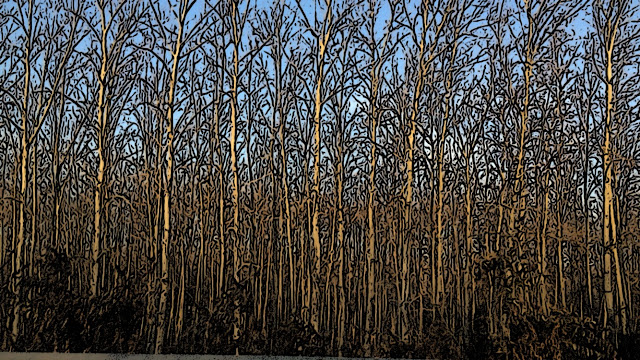 I’m yawning.  I’m tired and the big guy to my right can’t help being big.  I’m big.  The space is tight.  I’d have to be even more tired than I am just now to properly fall asleep though.  I’ve been reading my novel, trying unsuccessfully to get into it.  Meetings today.  How many can you do?  This was rather efficient as these things go.  I set up a chance for three companies to visit one prospect, each one right after another.  From the comfort of a digital calendar I figured I could duck out and take in a meeting at lunch between noon and two o’clock.  As it was I had to duck out mid-meeting and return, just as it ended.

This movie to my right, which I’m trying to ignore is beginning to bother me.  We are steeped more deeply now into this gathering of the Yale Young Republicans.  I can’t wait to return to the United States and reckon with such people all the time.  Ah, so now the preppy-league are visiting some sort of pole dance club.  I will apply my fleeting discipline to avoid the vacuum of some other man’s fantasy.

Shenzhen was warm.  Not hot and humid, but pleasant.  Someone I met flew in from Changsha, which I think of as a cauldron.  But he said it was cold and like me, he was overdressed for Shenzhen.  Walking around the city today, I wondered, just how long before all the building and destruction and rebuilding and expansion would result in something everyone agreed was a model urban experience?  All cities we love were a mess at one time or another.  Whither Shenzhen?  They make you buckle up in the back seat of the cabs.  The cops will fine you if you don’t.  The road meridians have cool tropical plants.  Every year a little bit more civilized.  I doubt I’ll live to see it through to fruition though.  No one ever does. 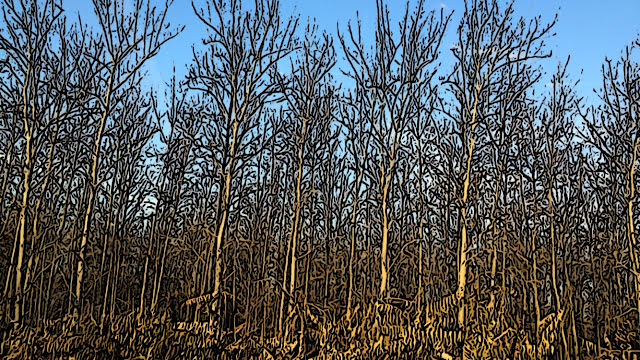 The announcement that we are thirty minutes from landing has yet to be made.  I told myself I’d write until this alarm was rung.  I thought I’d be stymied early on in the exercise.  I’d felt my stomach muscles tightening earlier in the week.  I’d made it to the gym for four or five days in a row.  Now after two days on the road, the tightness has receded. Once I land, connectivity will resume with all its’ interferences.  I think the loud Sunny Ade in my ear may have blocked out the announcement.  Everyone around me is putting away their devices.  The Nazis and the preppies and the flying fur-balls have all gone away.