We don’t watch many movies together.  I suppose that’s my fault.  I never watch television.  Other families seem to enjoy having movie-rooms.  I suppose they all gather round with popcorn and watch things together.  We even have a movie-room that came with this rental.  We don’t use it.  My wife used it for a while.  The kids played some PS2 stuff on the big screen for a bit.  But it always seems to fade out of fashion.  And I never complain.

Last night my little one asked for a chance to repeat something we’d done the weekend before last.  “You play a song, then I get to play a song and then you get to go again.”  And if there’s a video component to this, that’s fine. This is like hanging out with my mates. I have a large screen that I mainly enjoy as a screen saver that we use and a reasonable pair of speakers that can help to get loud.  It’s as close as we get to shared video experience. 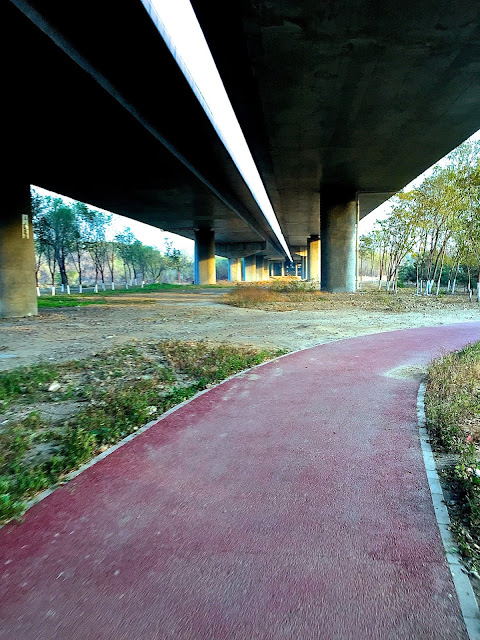 This evening my wife wanted to join, to everyone’s surprise.  What would she contribute?  Sure, grab a seat.  Go get your glass. The little one started it off with a song that had been stuck in her head by EXO: “Tempo.”  She was sensitive about this, because she felt she was somehow being disloyal to her favorite band BTS.  To be fair every other song she played for the next two hours was by . . . BTS.  I think I played Sham 69’s live version of “Ulster” from 1978 first and asked her to consider the ferocious, crowd participation. 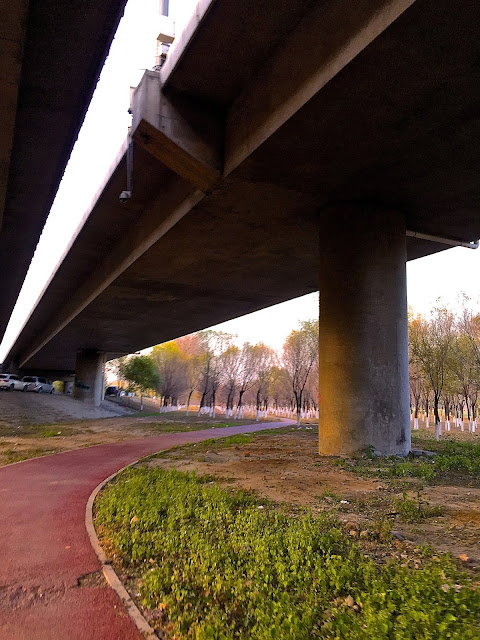 Your turn.  My wife walked over to the computer and pulled up a revolutionary opera!  Fabulous.  “The Red Detachment of Women.”  A real 60’s classic as they might say on rock radio back home.  The shrill strings call everyone to attention and characters seem to glow out during the credits.  My wife is so excited but my daughter has gone over to the computer and checked the time on the Youtube feed: “Hey ma, this is two hours and twenty minutes long!  The idea is you’re supposed to play a song, not a movie.”  Quickly she finds the dance she remembers learning as a girl, and is dancing about the room thrusting an imaginary rifle yelling “kill, kill, kill.”

Posted by John Fargis at 7:18 PM No comments:


Heading back home now.  I just told the driver to circle back.  We-chat communication.  A note about a meeting.  I assumed they wanted to meet today, Saturday.  And, like last Saturday when I headed out for a meeting, I didn’t really want to go.  He suggested South Station.  The worst place for me to meet anyone in Beijing.  But his morning meeting was closer to my home so I agreed to meet for lunch around noon.  If I was going to meet him I’d need to shower and go now.  Suited up, dried off, called a cab and headed out to meet this gentleman.  I pinged him once and I pinged him twice and looking over the thread of our we-chat snippets, I noticed that he was properly coming Monday.  Oops.  That’s not today. “Hey, driver, let’s head back home. “

I’d let the driver use his GPS till now and we’re going across town on a back street Shunhuang Lu a few kilometers below where I live.  There is Cathay Courtyard and Tahoe Villa;.  a ghetto of new, wealthier-than-thou compounds I've never heard of.  How many of these actually succeed?  How many flop?  The place where we reside is so last century.  Perhaps the new airport in the south and the new capital office out east will render this neighborhood sterile before long.  Then again, New York and LA, which have fewer people and increasingly no more wealth can certainly support more than one airport and more than one wealthy section of town. 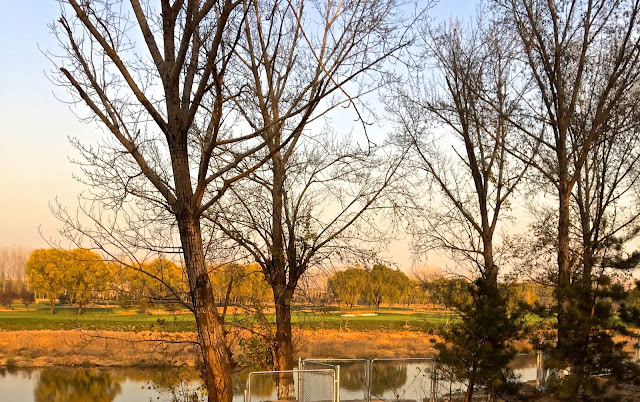 It’s a lovely day.  I’d like to get the kids outside to the country.  I’ve wanted this for a while.  But it seems to be a perennial long shot.  They’re both busy.  I didn’t plan ahead.  I let myself get distracted by trips out to meet people that aren’t waiting there to meet me.  Next weekend perhaps.  It really does look nice outside though.  Especially after we’ve had so much shitty pollution earlier in the week.  A solo bike ride then? 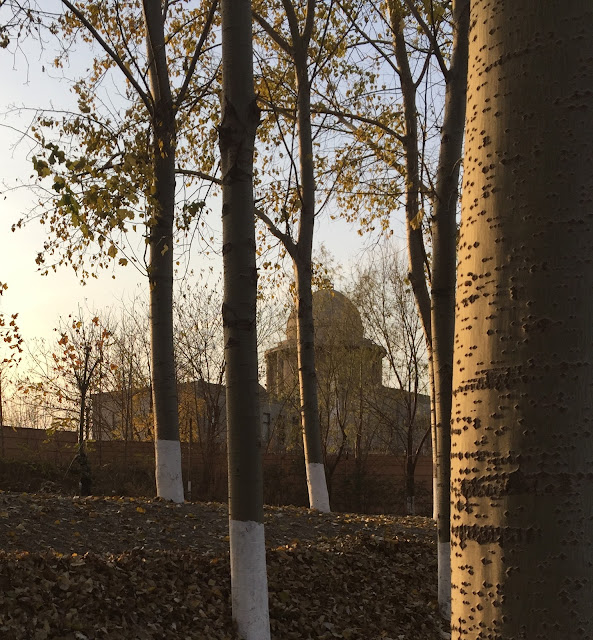 Last night I thought I heard rain.  There was a tinkling sound ringing atmospherically around my room behind the music.  It surprised me as Beijing is dry and it isn’t really the season for much precipitation.  Indeed, there was no rain.  The leaves on the ground are still crackling dry.  It must be mice.  Some kind of critters are up in the wall moving through the heating ducts.  Are they actually in my book shelf?  We’re going to have trouble if you’re in my books. In the Lower East Side, I’d now go out and by glue traps at the bodega downstairs.  They are horrible but effective.  What does one do to get rid of critters here in Beijing?  Some course of action will be required, certainly.

Posted by John Fargis at 7:11 PM No comments:


Meeting with an systems integrator over in Haidian.  I don’t know how necessary I was for this meeting but I’d promised I’d go.  The Didi driver had a square face and a course smile.  He wanted to know all about me.  “Well yes, I’ve been here for a while.”  Once he heard my wife was from Shandong, he reckoned we were family.  He was from Dezhou!  “Right, Dezhou,” I thought checking my mental map of the province.  Oh yes, you guys are famous for the braised chicken, aren’t you.  Dezhou paji.  “Yes.  That’s us.”

When you take the high-speed train to Jinan from Beijing, you often stop in Dezhou.  The young ladies in purple outfits walk up and down the aisles selling large bags with entire dezhou paji’s vacuum wrapped within.  My colleague always raves about the chicken as we speed along though I’ve never raised my hand to buy a bag.  I don’t think I’d know where to put it.  Two or three stops down the line is Weifang and while I have a very clear, and favorable memory of their mustard chicken, I guess I can’t place the Dezhou taste. 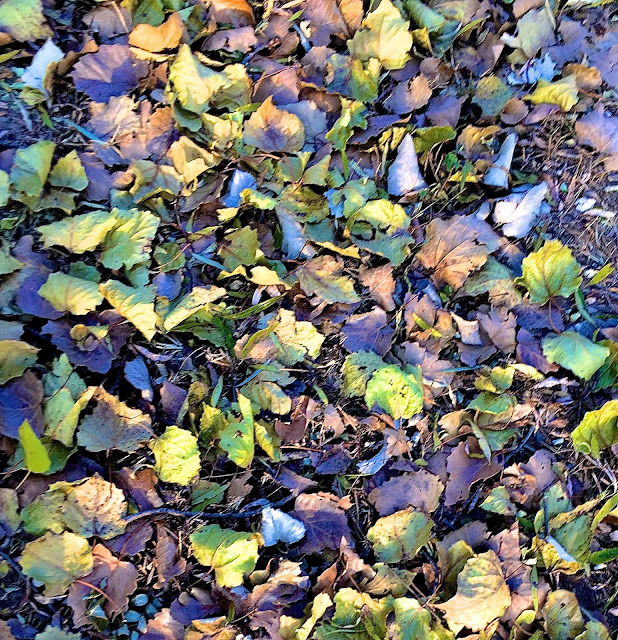 The driver mentions to me that, in as much as I am married-in, I am a Shandong guye.  I don’t recognize the word but when I start to clarify the characters:  “Gugu de gu?  Yeye de ye?” I know it has something to do with my family status: indeed, it means ‘son-in-law.’   My driver loved this, somehow and began to wax to the theme: “You know, there’s another way you could say it too.  And when you talk to your younger brother in law, you did say you had a younger brother in law, right?  Yeah, he can be called little-bro, well, don’t say it unless you’re kidding around, you know?  Say it with a smile.  Wink a little bit and then it’s OK to call him that.”  And it was all suddenly very familiar this talk of proper family nomenclature for one’s extended family is the quintessential Shandong conversation.  It felt like every chat I’ve ever had, introduced in one apartment or another out with my relatives in Wudi County.  Akin perhaps to how we Americans limit ourselves to one word: “snow” when the Eskimos have a hoard of nuanced terms, we also suffer a clear vocabulary deficit, when we default to simple terms like “aunts” or “cousins.”  Your mom's younger brother's second son, is a rather different set of ideographs from your father's elder sister's first daughter. 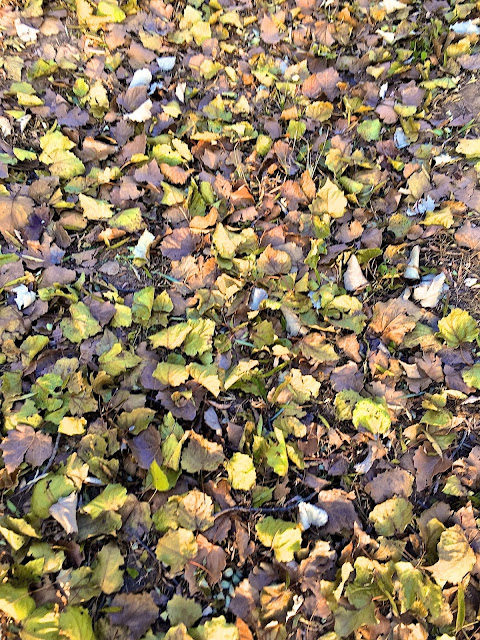 Later after dinner I referenced this chat with my wife.  She was characteristically disinterested.  My suggestion that familial, relational assignations were an obsession in Shandong, and this was perhaps indicative of Confucian culture, sounded about the kitchen with all the fine timbre of one hand clapping.  But she did pick up when I mentioned dezhou paji.  “Oh” she said: “I remember they used to sell them at the train station.  You could buy paji when the train stopped in Dezhou.”  I thought of the old train that took five hours instead of ninety minutes to get to Jinan, and I was glad to hear that the city had been marketing the local specialty, along the train line, for longer than I’d reckoned.  They just didn't have vacuum bags and purple outfits back in the eighties.  I must try this braised chicken someday.  Google maps tells me there’s a Dezhou Paji restaurant only twenty-four minutes’ drive from home . . .  Can't find that in New York.

Posted by John Fargis at 7:03 PM No comments:


Lawrence Clark was in town.  For the third year in a row, we’ve made a habit of heading down to Beijing’s wonderful, very own Blue Note.  (That’s right Shanghai, you still ain’t got one.)  The general manager, who is from my wife’s home town is still there.  He arranged a nice night for us once again.  It’s a schlepp to head down to the Legation Quarter, and none of the restaurants I used to know down there seem to still be around, but the Blue Note carries on.

My wife would have preferred, I know, to have seen a jazz vocalist, preferably a woman.  Two years ago we caught Dee Dee Bridgewater, who’s outstanding.  Last year we saw Carmen Souza from Cape Verde.  But this year, the night of her day, would be an evening of hard bop and nothing happening the weekend before or after seemed to make any sense.  So around 6:00PM we headed down to see Mssr. Clark for the 7:30PM set.

I was not familiar with his work.  In this day and age though, one needn’t wonder much about precisely what a new act will sound like.  Spotify and Youtube have plenty of his work up and available for consumption.  Listening I wasn’t sure about anyone else in the family, but I knew I would love it.  Big, full tenor sound, shedding, shedding, shedding. 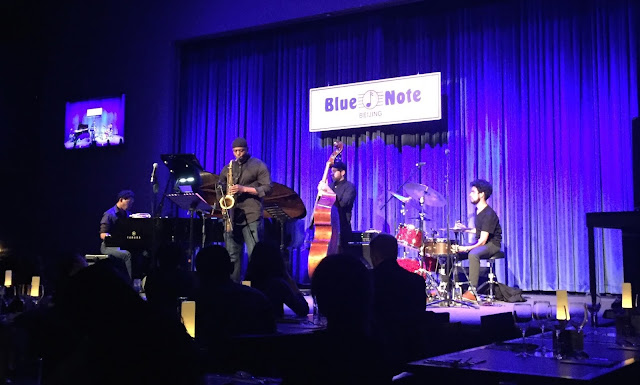 As always happens, we arrived late.  And we got ushered to our seats during the first song.  And as we settled in I was immediately struck by the drummer, the one: Diego Ramirez.  Perhaps because Lawrence Clark had done his guild work with Coltrane’s drummer, the late Rashied Ali, we had a particularly outstanding drummer as part of Mr. Clark’s band this evening.  Ramierz had me mesmerised and sitting where we did we had a straight shot, uninterrupted line of site to his rushing rolls and sudden drops. 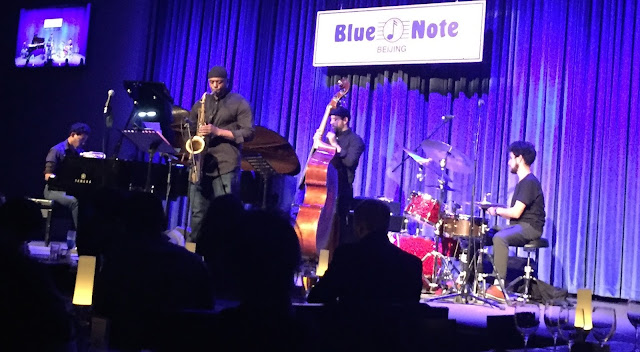 Later, after the show I got to talk to both Clark, who was glad someone knew who Rashied Ali was, as well as Mr. Ramirez.  The latter also lived back home in New York but he caught me off guard when he said he’d grown up in Cork in the West of Ireland.  I didn’t really perceive much of a brogue in his diction, and he mentioned that his dad hailed from Guate-Guatemala.  But if someone's gonna claim Cork, it’s probably best that you just get out of their way and let them do so.

On the way out we bumped in to a few of my daughter’s teachers from a few years back.  One was from Scotland hand he was suitably gob smacked to hear of the drummer’s home town.  I was asleep in that cab, not long after we made our way out from Ch’ien 23, back out to the burbs.

Posted by John Fargis at 6:46 PM No comments: