Couldn’t sleep last night.  The evening gets to a certain point in its arc and I throw in the towel on any work that involves typing.  My wife and I’d dined at our local Indian restaurant earlier in the evening.  It’s a short walk away and though its cold we decided to earn our appetite seeing how it was only the two of us.  Talking, we headed out for the place on foot.

The ATM outside the restaurant,  which I’ve used a hundred times, told me to call my bank.  Frustrated I tried to use the ATM again and was told the same thing again.  There’s plenty of loot in the account, which I confirmed with my wife.  “Did you take out a bunch of money?”  “When?” “Today?”  “No.”  Didn’t think so.  Skype-out now to the fraud protection line in Arkansas or wherever it is I’ll be routed.  Sometimes you wait on line for five minutes, sometimes for twenty-five.  I put the phone down and let it proceed ahead audibly with its faint distance, checking every once in a while for the tell-tale sign of a real human being.  And in so doing, increasingly annoyed my wife. 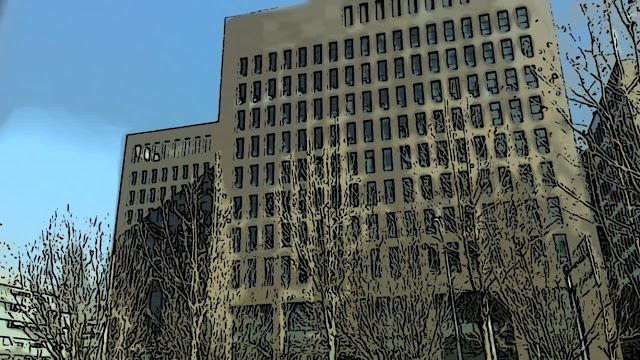 About the time the vegie samosas hit the table, the call dropped.  I called again, instinctively.  My wife dialed a friend, correctly surmising that this would annoy me.  OK.  Later then, for this 'must-do-right-now'  I’ll call them later, on the walk home I decid.  “Excuse me, you guys take wechat, right? 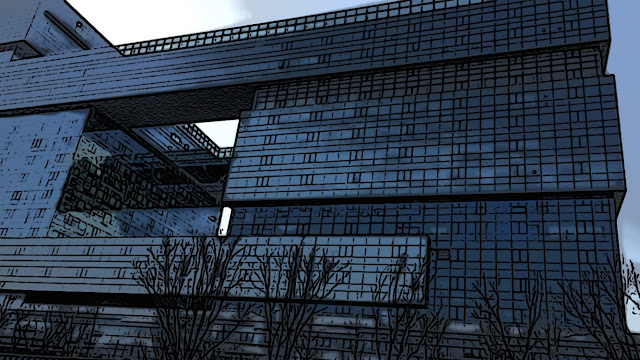 And I climbed into bed around eleven pm, with two hundred pages left in my Pomfret book about U.S. China relations.  And uncharacteristically I didn’t fall asleep.  I just read and read and as Harry Truman, turned into Ike, and JFK and Kissinger, I reckoned I’d finish the whole thing off.  I had read a review a year ago that unfavorably disposed me towards this book and I kept expecting to find a distasteful, U.S. slant, but it was all quite reasonable to my estimation.  Both side perennially passionate about each other, regularly annoyed and feeling misunderstood by the other, reminding me, a bit, as I finished up, of my own U.S.- China marriage.

Posted by John Fargis at 7:07 AM No comments:


A friend in Tokyo had told me that he has a chum there whom I must meet.  “He’s so much like you.  Every time I see him I call him by your name.”  One can only hope this gent is as handsome as he is cool.  Regardless, he’s had, literally a lifetimes’ experience with Japan, as his father was a Japanologist (I’d assumed the word was Nippon-ologist, as per Sinologist, but a quick look on-line suggests it isn’t popularly used) who worked with the great scholars of modern Japanese history, Edwin Reischauer and Edward Seidensticker in the years after the War.   That gentleman had seen Japan change since the sixties.

His father John Howes has written an account of a trip across China he made with his brother, in 1948.  That’s a date for you.  China was still Republican China at that time, but tide had already turned.  The Communist forces had, with Russian help extended into Manchuria and were steadily advancing throughout the countryside. Within a year of his visit, the Guomindang would have fled to Taiwan and Mao would be in the hills of Xiangshan outside Beijing, plotting his entrance. 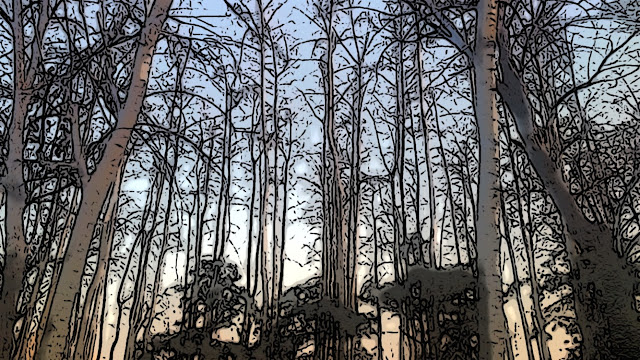 A fairly quick and engrossing read, I joined Mssr. Howes and his brother this morning on their trip from occupied Japan to the port of Shanghai and onward, in a ship up to Tianjin, a flight out to Xian, a boat up the Yangze, a rough ride from Chongqing to Chengdu in a tremendous army truck which took them on to Kunming, before they made their way to Burma and on to Calcutta.  I know all those places and can place them in a contemporary context, but I enjoyed reckoning with this familiar territory, before there were any highways, before there were any high-speed trains, after the Japanese had been expelled and before the revolutionary period had begun.

It wasn’t clear to me whether the book had yet to be published.  Perhaps it’s a bit predictable to suggest but if I had a memoir like that to reckon with, I’d consider writing the modern corollary, and retrace their steps, using the same means by which they traveled.   Perhaps I'll have a chance to discuss on my next Tokyo visit.  ' 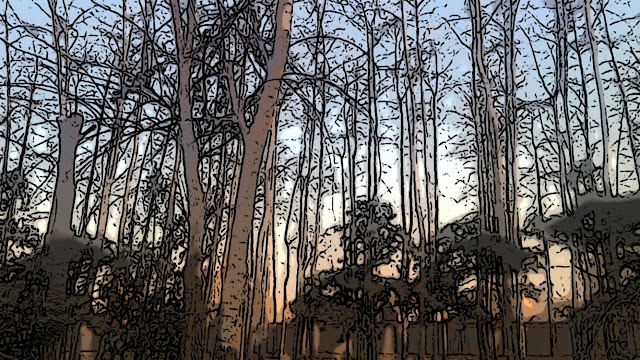 Saturdays should be for reading.  Plenty of work pending but for this morning, my mind is back, seventy years or so in China’s floundering past.

Posted by John Fargis at 6:43 AM No comments:

Back Out to the Street

I’ve got Ike Quebec on.  Ike’s gentle.  I need something gentle.  I can tell the Freddie Hubbard bop I was playing has my wife’s neck set at an angle.  I get it.  I scroll down and put on “It Might As Well Be Spring” from 1961, and the title track is unassuming, as I’d remembered. But soon we’re into “A Light Reprieve” and before anything is spoken I can tell I ought to change things, once again.

Friday night and the kids all had other plans.  My veggie dinner for four has just become a veggie dinner for two.  My wife had some sliced lotus root in the fridge from a day or two back.  I figure I’ll fry them with some garlic and they taste alright.  But ou, as it’s called in Chinese is difficult to do well.  My brother-in-law has a way of stuffing them with chopped pork, dipping them in batter and deep frying them which is remarkable. I’ve flopped every time I’ve tried to approximate that.  Tonight, I just keep it simple. 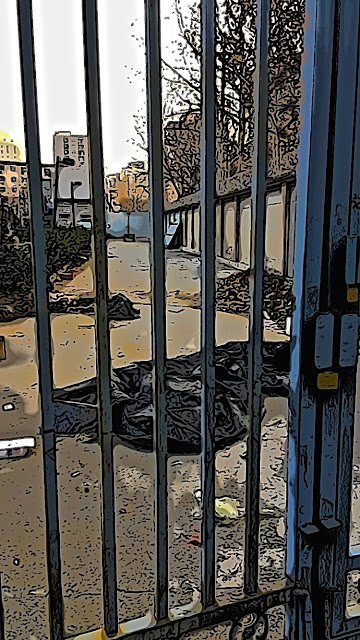 My wife hadn’t wanted some theme music for a video she was making.  “No.  Not bebop, thank you.”  I suggested some twenties Ellington and I sold her on “East St. Louis Toodle-Oo.”  Now there is a video of young Chinese girls running around a kitchen cooking to James “Bubber” Miley’s plunger mute trumpet sounds. 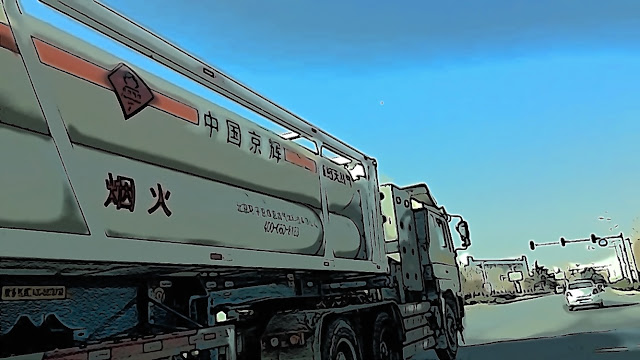 We dine together with lotus root, tofu with scallions and some dill-stuffed cakes she’ d bought the day before.   No one around but us.  She wants to know more about Duke.  Where to begin?  “La Plus Belle Africaine”, “The Mooche”, “Caravan” and then I decide I really want her to hear “Echoes of Harlem” which I remember stopping me dead in my tracks the first time I heard it.  A cold, bitter walk through dark Harlem streets that opens into the seductive and expensive warmth of a jazz club in full swing and it seems to last just long enough to warm the traveler before he is forced back out to the street to keep walking.  “You know there’s a street named after him in Manhattan” I tell her.  But she prefers to listen without any narration.

Back Into the Forgotten

Another guest today.  He’s in town from Shenzhen.  Our second guest this week.   Another old friend who seen my kids grow up as I have seen his.  He’s bought property back in Pennsylvania.  He has a video of the land, by the Delaware River.  It looks lovely.  Limitless.  After twenty years, he’s looking to move back.  It’s a theme we’ll masticate on for the rest of the evening. 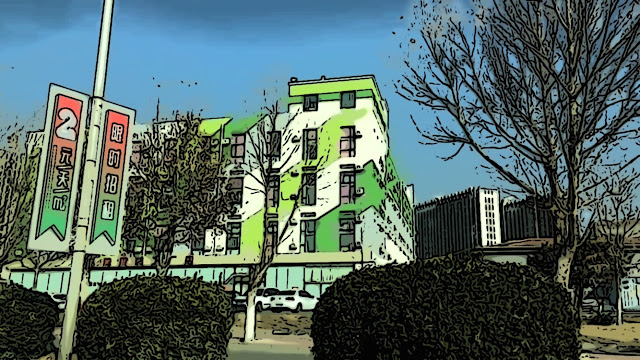 He returns a book I’d leant him a while ago: “Money” by Martin Amis.  Certainly my favorite of his novels.  I suggest he try “The Plot Against America” by Philip Roth but he pulls out a tomb and says he has to first finish “Capital” by Thomas Piketty.  I had heard many things about the book and its thesis on wealth inequality in Europe and the U.S. when it came out a few years back.  My friend suggests he’s been blown away reading it and I instinctively add it to my Amazon list before it slips back into the forgotten. 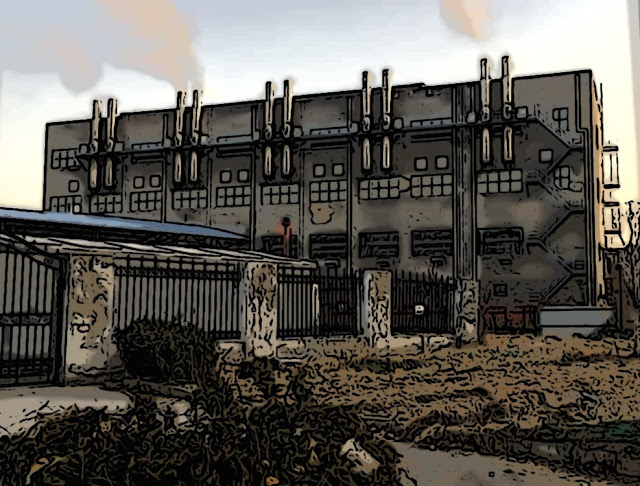 Dumb meeting today.  Someone reached out to a client of mine, who connected me.  That person handed us off to two other people.  They were flat, and bored and it quickly became clear that they weren’t the least bit interested in anything that my engineer was presenting.  Later he and I discussed in the Starbucks basement of this Guo Mao tower, why it was we came to this meeting in the first place.  “Improperly qualified” I typed out to another colleague who’d set this all up.

It’s four in the afternoon.  But it’s already too late to have missed rush hour.  The third ring road is parking lot.  I notice that a familiar ramshackle area of one story houses that used to have shops selling carpets by the canal, was mid-demolition.  From up on the highway it is possible to see that the storefronts are all still in place, but the buildings that used to extend out behind them have all been flattened.  We’ll have another tower here, surely, before long.

Up.   But not up enough.  Chatting till late last night.  Friend over.  Wine by the roaring fire.    My phone says 6:04AM.  Normally I’d be out of the bed and down the stairs.  This morning I consider the pillow.  I consider the viability of throwing on my shorts and grabbing the car keys and driving to the gym.  It could be done.  It will only be a second, as I roll my body and caress the pillow with my other arm. Released from thinking.

Now it is 6:50AM.  Any chance of going to the gym this morning has evaporated.  Downstairs I pop in some contact lenses and consider the news and the evening’s emails, until it is time to go and wake the girls for school.  The time I’d normally be returning from the gym. 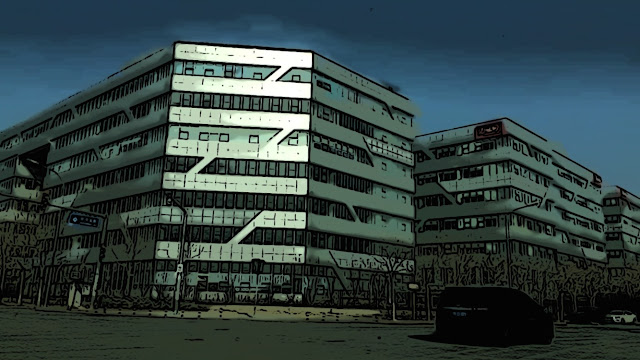 Terrible traffic, into the city.  Of course.  Not one but two different accidents on the airport expressway.  Fender benders abrasions that necessarily mean both drivers will stop in the middle of the four-lane, city bound traffic and photograph the scratches on the bumpers and call someone to come and help them.  In the U.S. rubberneckers gape at whatever’s happened when they finally crawl up upon scene and then traffic usually speeds off.  Not so here.  Not so now.  We continue to crawl after we pass the non-accident. 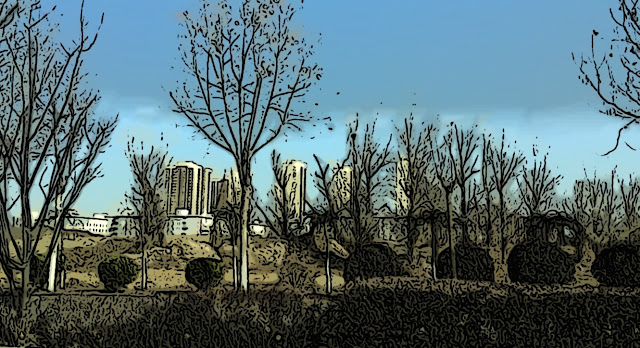 So tired this evening. Early tired.  Unable to work at 8:00PM.  I can’t just pack it in this early in the evening.  I’d napped, unwittingly during the car ride home a few hours back.  I’d been chatting with a young person I was sharing part of the ride with.  Once and then twice I realized she was waiting for me to respond to her comment, but I hadn’t heard it.  “You seem tired” she offered, stating the obvious.  Tired again.  Just too much to take on the litany of little things all laid out of me on my list of to-dos.

Posted by John Fargis at 6:10 AM No comments: