But If There Is


The big mall?  My younger daughter wanted Italian food.  Fine, let’s go over to that mall, where it is especially hard to find a place to park.  My wife was driving. I counselled against the garage where my younger daughter and I’d explored fruitlessly for a place not too many days ago.  The Mrs. spied a spot on the opposite side of the street and did a U-turn and soon had us parked, across the street from the entrance. 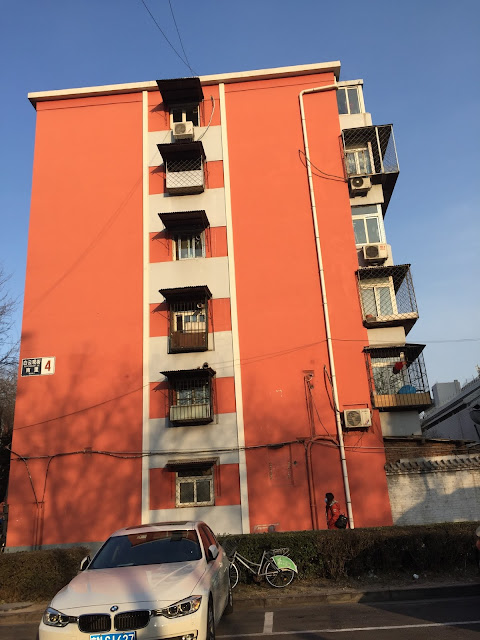 On the way in I smelled grilled beef.  I haven’t had meat in two months.  I suddenly wanted grilled beef.  I haven’t had any wine in about as long and suddenly the perfect evening in my mind’s eye involved a bottle of red wine and a large steak.  It did not involve the bowl of pasta and soda water I was otherwise heading off to have just now.  We walked passed other restaurants.  Warm, inside on a cold night, these places seemed to be the right places where everyone was drinking and having the right sort of evening.  And I knew I wasn’t going to change my plan.  Not tonight anyway.  But I had to remind myself, surely.

We waited for a table at the place where the owner is a friend.  Sitting down, I thought of Trotsky whom I’ve been reading about all day.  A sharp pricking sound began playing at my temples.  I looked once.  I looked twice.  At the table behind me a middle-aged couple were talking.  Junior was watching a phone propped up as a TV.  Junior did not have head phones.  Junior was watching this as if he were in the living room.  Great for the folks.  Sucks for me.  I looked again. I turned to the family and suggested we move.   No one liked this idea.  This shrill little sound was going to drive me bird-shit.

My wife will get up and leave a restaurant if there is glaring neon lighting.  Neon doesn’t bother me.  But I understand.  But if there is wretched music.  If there are wretched sounds.  If someone thinks it is high-tone to blast a television, to accompany your dining experience.  If someone decides to let a loud device baby sit their child within earshot . . . I just can’t take it.  I want to leave, or move or say something polite suggesting they turn it off or say something rude, suggesting it really needs to be shut down now. 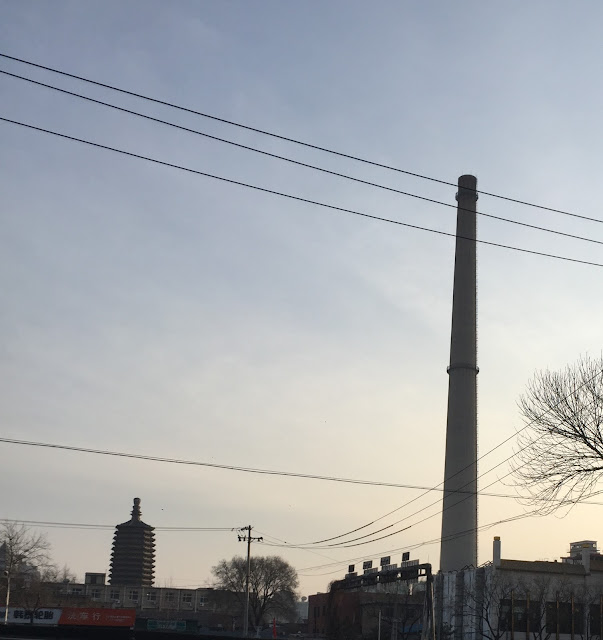 My younger daughter and wife had zero patience for me.  “Wipe that look off your face.  We’re in a public place.”  I tried to imagine just what this look my wife was referring to resembled.  The waitress had nowhere to move us.  Was everyone else oblivious to that tinny, wretched whine?   Ahhhhh.  I switched seats with my little one, introducing another yard or so between me and the source of annoyance.  The couple looked innocent enough.  They weren’t doing anything untoward by Chinese standards.  We were in China.  Nothing abnormal here.  Relax. Relax.  By the time the salad arrived the family had their device packed away and Junior bundled up and they’d left off into the night allowing the rest of the restaurant din to fill out, evenly.

As the Guy Sped Off 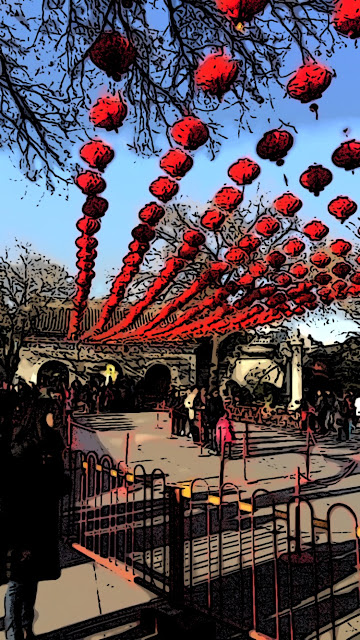 Today, yapping on the phone, trying to get one phone meeting done and then follow-up with this guy and that guy after it was completed, I put my earphones in the nozzle.  And then I took them out.  I put them on my lap.  When we arrived at our destination, and the family piled out, I told people on the call, I’d be getting out of a car now, and that they should wait a moment.  I remembered to look to see if a bicycle was coming before opening the door.  I remembered to thank the somewhat gruff driver and wish him a happy New Year.  And I zipped up my bags and stepped out and reaching for my earphones, I realized I’d left them in the car, just as the guy sped off.

Cool, no worries.  “Honey, may I have your phone.  I need to call that guy.” I did, and learned that once you’ve paid, that number, which was only a temporary expedience provided by Di Di is no longer valid.  We called the company, who then called the driver.  The gruff man suggested my headphones were not in his car.  I didn’t believe that.  I told my wife to call back and tell the lady to tell the guy I’d give him fifty yuan if he came back, which my wife inflated to one-hundred kuai.  I felt certain that this would turn the tide.  It did not.  And, so for the rest of the day, I did what I could to absorb the modest feeling of loss.  I liked those head phones.  Unlike most wired pairs, I’ve had the wires never became frayed.

This morning, heading to the gym, I paused.  No headset.  That’s no good.  I’d been given a Bluetooth headset by my stepson for Christmas.  I’ll dig that pair out.  He has a pair of these himself and he raves about them.  I charged the fancy headset for an hour, popped my phone in my pocket and after connecting to the phone, realized that I couldn’t maintain a Bluetooth connection with this top-of-the-line headset; if I walked or moved or essentially did anything other than sit still with the phone held close to my face, the sound sputtered.

I tried to exercise with the phone in my breast pocket and it was increasingly annoying and futile.  I gave up and put the headset in my coat and listened to the tinny sounds from the phone speaker instead.  On the way home from the gym, I stopped at our local Euro Mall and got another pair of good old fashioned wired head phones.  I don’t want to be without music on my twelve-hour flight across the Pacific tomorrow.

The Capital City of Botswana


There is always more to learn.  Fortunately.  My younger one had a friend over tonight.  Earlier, when I asked her where this friend was from she couldn’t quite recall.  “It’s a country in Africa that begins with an “S.”   “Ahh.  Somalia?  Senegal?  Swaziland?  Is she from the Sudan?”  “I think it’s Swaziland.”  “Really?  O.K.”

My wife called us all out to dinner a few hours later.  Before I made my way over I opened up Google Maps. I had to.  I can name the capitals of most African countries, but damn if I know the capital city of Botswana.  Be honest now, how many you knew it was ‘Gaborone’?  I pondered this as I headed out to dinner: what did I know about Botswana?  I know of its fabled wildlife.  I know where it is located geographically and that this must mean there is a strong South African influence.  But as far as music, cuisine, luminaries, history, government, I was, unfortunately, coming up rather short on this quick trot along to the kitchen. 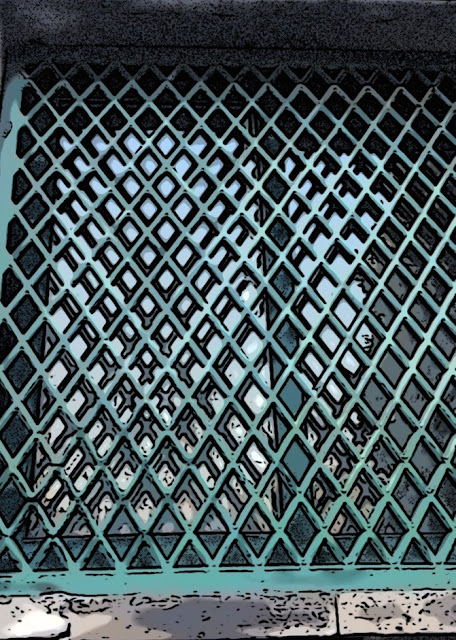 So, I asked.  Fortunately, and wonderfully this particular young friend was a confident and articulate young lady and after butchering the pronunciation of “Goborone,” I learned as much as I could, from someone who’d grown up in the U.K. and Switzerland about this remarkably large country that she hailed from, set there above South Africa.  And as always happens I became fiendishly curious about the place the more we talked and began scheming as to how I could one day make my way there to Goborone.

A Collection of Three Works


No calls today. Fabulous.  A few weeks back I finished a Lenin biography, which a friend had recommended and upon completion I impulse-bought the Trotsky biography, which the same author, Robert Service had more recently finished, as well.  But upon researching the book and the subject it became clear that the definitive biography was written by Isaac Deutscher in 1954.  Avoiding the sensible question:  How many Leon Trotsky biographies does a person need?  I procured the Deutscher tome as well.  A collection of three works: “The Prophet Armed”, “The Prophet Unarmed” and “The Prophet Outcast”, the three are bound as a set, suggesting a fifteen-hundred-page commitment, and it has sat imposingly on my shelf ever since I last returned home.  Today I pulled it down and began to make my way through.

A few years back I’d gobbled up the Simon Monitfiorre Seabag “Young Stalin” and “In the Court of the Red Czar”, which suggest the rich, complicated evil of that unlikely dictator.  In Lenin, who plays Old Major to Snowball and Napoleon, we spend most of our time marvelling at his utterly uncompromising confidence, focus, insistence.  Lenin never strikes one as cuddly.  Nearly everyone he knew was at some point, sacrificed to his revolutionary goal.  The human sides of Vladimir, his mistress, his enjoyment of biking, or hiking, or chess are rare and one doesn’t imagine him laughing very often.  He was, of course, effective. 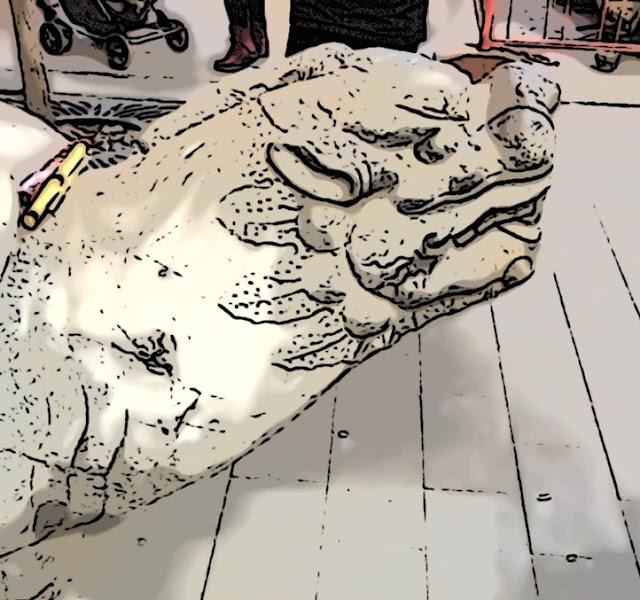 Trotsky however, only one hundred pages in, is a much more three-dimensional canvass.  Lenin did not bother to direct his writing to peasants or workers, or the bourgeoisie, the way Trotsky seemed to delight in.  Rather he was primarily concerned with debating theory with other Marxists.  Preaching beyond the choir was a waste of air.  Trotsky however seems to revel and excel at taking the conversation to wherever it is needed.   And where as the Lenin story builds to the 1917 climax, we know that Trotsky’s tale will twist its way through the U.S. and Turkey and Mexico until he meets his end at the hands of Ramón Mercade in Coyoacán, twenty-three years and much international Technicolor, later.

Eating my lunch salad, I asked my wife what she’d learned about Mssr. Bronstein when she was growing up.  Was he a hero or a villain?  I assume the CCP, tied, as it was through Mao’s lifespan to Stalinist hagiography, must have cast him as a “running dog” and a counter revolutionary.  She suggested quickly, that he was simply a noted Russian intellectual.  I suspect that things had mellowed some in the 80’s when she is most likely recalling things.  That or the name is being conflated with Tchaikovsky or Chekov, in the Cyrillic to Chinese to Romanization journey. 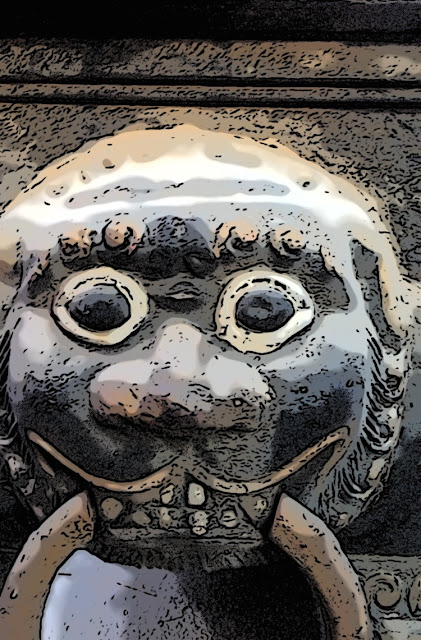 Looking now, again quickly, on the English web it is hard to find anything definitive.  I wonder if there is a place where one can discern, at a glance or otherwise, but certainly officially, what Zhong Nan Hai’s official position is on Leon Trotsky.  There must be a “correct” way to understand him.  In lieu of this, Wiki informs me that the Trotskyites had tried to broker a peace between the KMT and the CCP during the civil war, and that after the revolution those who remained were rounded up and shot as KMT agents, while a few notable Trotskyites fled to Hong Kong and continued their activities, as Lenin and Trotsky once did themselves, under British rule.