G.O.P Are In My Kitchen

Yeah.  Made that point.  Then, I consider.  Every other week I have my wife fill in for me when this 8:00AM Thursday call is on the calendar.  But she’s on-the-road.  I’ll be taking the kids to school at that time tomorrow, all by myself.  They need to be there at 8:00AM.  This isn’t going to work well. 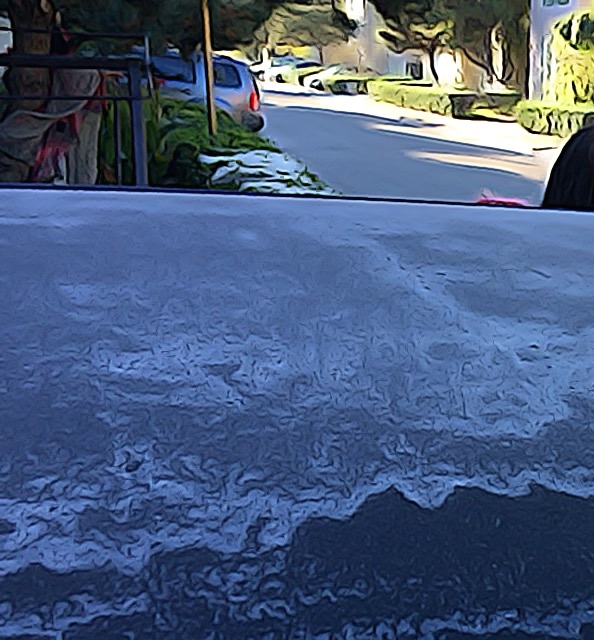 There is a first frost outside, the next morning.  We have a late departure and a late arrival.  I sped home quicker than I should and darted through the door.  Flip open the computer, find my headset, make sure I’m on line.   “Hi all.  Sorry to be late." 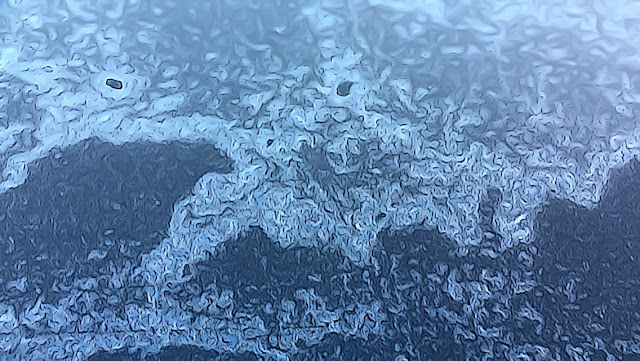 Some time later, after a second, and then a third, and of course a fourth follow-up call, I check emails and as always, the New York Times.  If nothing else, one must make sure the world is still in one piece.  Oh, and there you go . . . the third Republican debates are on, right about now.  I hadn’t realized.  Hmm.  They’re half over.

Youtube has the debates available in a five part series and now the G.O.P. are in my kitchen.  And it’s the lot of them against the CNBC amateur team, for the most part.  Repeated repudiations of the “mainstream liberal media.”  Reporters looking ruffled.  Carson wafts about.  Trump seems oddly congenial with everyone except Kasich and is denied his electric hate-fuel.  Jeb is the person I’d probably least dislike talking to, but he’s utterly buried.  Cruz is smart, smarmy, repulsive.  Marco, as many will note, seemed crisp.  But I’m underwhelmed by the depth of his poise.  It’s all a bit too studied.  He’s the alpha-lad and yet he seems to be holding on, just barely.

I do not watch television.  But when the debates are on, I convince myself that I must view these people.   I’m obliged to participate in the main event.  And I note  my reactions to this spontaneous theatre.  Where do I see weakness, fallibility, courage or clarity?  Could I do better?  How can one open oneself to such a daunting glare?
Posted by John Fargis at 11:40 PM No comments:

If I Try that With this Knife

Dad, can we get a pumpkin?  I had intended to pick the younger one up, rush home, bang out a few more emails, before I returned to get the older one and hour later.  “Um.  Well.  Sure.” She’s right.  There are only a few days left.  “Sure.  Let’s go get one.”

The pumpkins in Beijing are odd.  Clearly, the things available for purchase are relatives of the “pumpkin” family I am otherwise familiar with.  They look more like gigantic squash that have been grown in nutrient deficient soil.   The skin: pale. The shape is rarely the classic oval.  Perhaps I’m the one who’s been duped all these years with genetically modified pumpkins, the color and shape of giant tangerines.

We are scouring the pile at the local expat market, Jenny’s.  The first pumpkin we pick is weighed out.  Just under twenty dollars.  It seems absurd.  It’s been almost ten years since I’ve bought a pumpkin in the States.  I assume people are paying this and more these days, in coastal cities, and laughing at prices like these and less, anywhere else.  I might be able to save a few denarii with farmers who’ve parked their three-wheeled carts with pumpkins across the street.  But their specimens also look anemic.  “How much is that one over there?”   It’s even more than the first one.  “Fine.  I’ll take that first one.”

I asked the girls to draw the face they wanted, later that night.  Once upon a time, this was fairly straightforward:  draw the face you want.  Instead of starting from scratch, they instinctively go to the web.   There are a myriad of high design jack-o’-lantern’s that a humble man with a knife can look over and feel inadequate about.  “This one is awesome!”  “Indeed.  But I think I’d need a set of x-acto knives and considerably more time than I’ve set aside this evening to pull that off.  “This one!"  “If I try that with this knife, the fangs will snap.” 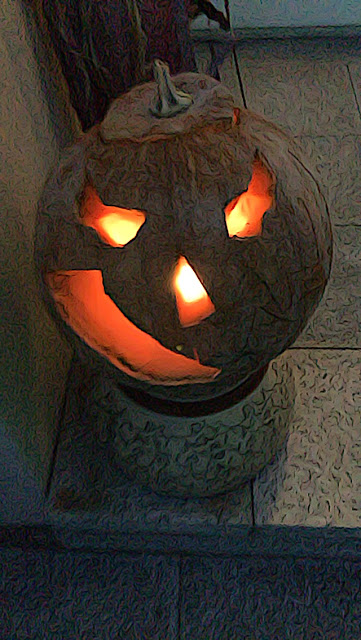 Menacing tear-drop eyes have been cut.   We agree upon a nose.  The mouth is the defining organ.  Will he be fierce or idiotic?  Trapezoids are sketched.  Buck teeth are contrasted with incisors.  An enormous maw is drawn on the skin.  One piece and then another fall out the left side.  Pausing to consider, Jack looks like a punch-line with his half wrought mouth.  “We should just leave it.”  “Yeah.”  “Totally.” 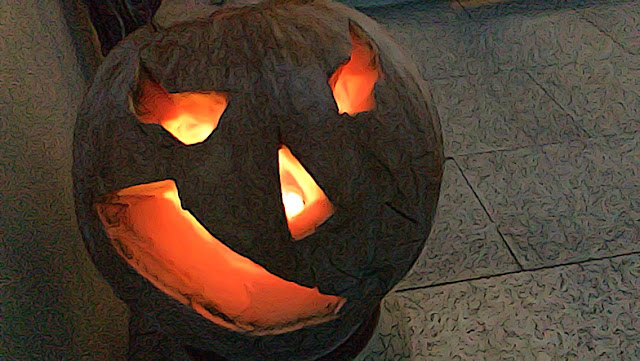 And so, Jack o’ half-the-mouth is a joker this year.
Posted by John Fargis at 10:16 PM No comments:

Guilty day of non-gym attendance.  I didn’t make it to the gym.  One thing led to another.  I dove into all the open email matters and before long it was noon.  I spent quite some time with my book in the bathroom.  A call or three were unavoidable.  Suddenly there was no time left for the gym.  Pick up the kids, now.

Odd helix of sound between my room where Sonny Rollins is darting about, majestically.  In the other room, from the kitchen, The Clash’ “Police and Thieves’ is ringing out, demanding attention.  Upstairs, my daughter says it’s time to tuck her in. 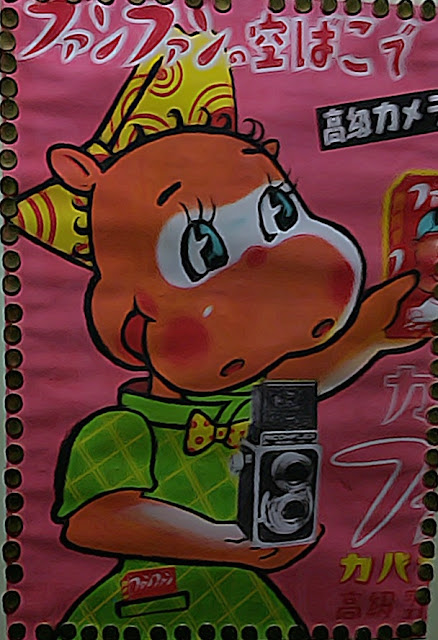 I wrote a few days back about a meeting with a woman from Romania.  She was one of the staff at the American Club in Tokyo.  She’d mentioned Nicolae Ceaușescu.  I know he met a violent end, but I didn’t recall just how it all came to pass.  Youtube has a clip entitled  “Ceausescu's Last Day” and I dove in.  https://www.youtube.com/watch?v=qBrHOg2Ih4w

There is the remarkable speech where the “Genius of the Carpathian's” is droning on with the same speech he’s probably made a dozen times, till his eyes are drawn towards a disturbance in the crowd.  He completely looses his train of thought.  People behind him begin fleeing and darting in the door.  It becomes clear that something very serious is happening. 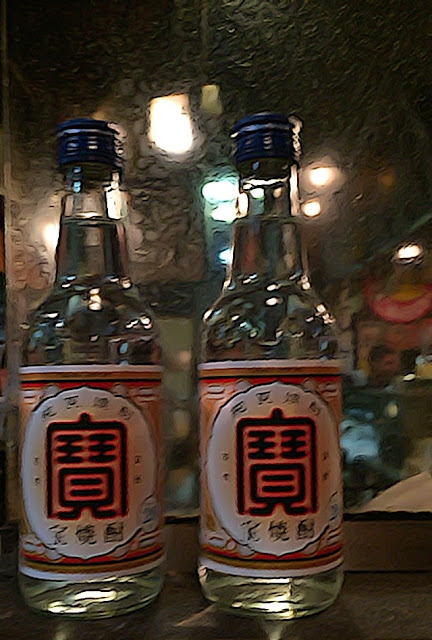 Within hours he has fled the capital.  He’s on the run and the nation knows it.  We travel with him and his wife and hear his conversation in one city and then another, traveling along in the back of his car with his wife.  “Look at all I did for them.  Before me there was nothing here.”  Eventually he is betrayed by a driver.  The couple is tried quickly. And then they are taken back shot repeatedly.  It’s all quite graphic.  Unfiltered perhaps unavoidable revenge, tearing the otherwise “velvet” revolution.

Amidst this Shakespearean descent to comeuppance, I found myself drawn to listening to this “other” Romance language with great interest.  Turns of phrase that sound Spanish, or French.  As one gets older its probably best to focus on languages where one has a fighting chance with some familiarity.
Posted by John Fargis at 9:10 PM No comments:

Monk and Rollins sound majestic here with four minutes remaining on October 26, 2015.  Time so disjointed today.  An airport run.  The wife is on her way out for a ten thousand mile round-trip week.  Time evaporates working from email to email, distraction to distraction.  “Daddy.  You need to pick me up now.”  “Yes.  I’m on my way.”   The older one sends me a we-chat with a pick up request ninety minutes later.  “What’s for dinner?” 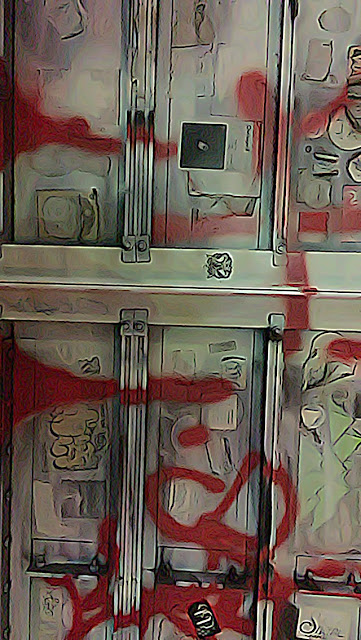 Tried to make a fricassee.  Breadcrumbs, egg yolk and a quick fry.  Wonky.  The batter turns into stray scrambled egg before it ever forms a crispy crust.   The cutlets molt to their unadorned whiteness. The girls are generous.  “No, it’s good.”

I gave a practice run at the speed-reading “Z” technique that I’d mentioned earlier. Apparently Teddy Roosevelt was using a speed-reading technique when he blazed through two books a day.  I’m actually rather familiar with this technique.  My old fifth grade in Pleasantville, New York, Mr. Mondello, took time, oddly, to teach us this technique.  Even at the age of ten, it felt like cheating.  Tomorrow I’ll try it anew, when I read the book I have in the bathroom, which I am reading on a friend’s insistence and not enjoying much. 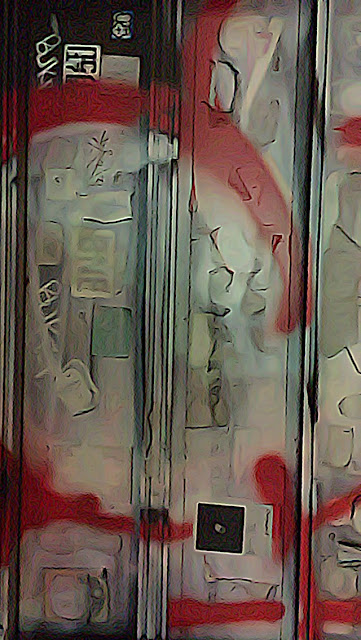 I just heard some rustling outside.  I rose up reluctantly and went to the kitchen.  With the hope of affecting surprise I abruptly turned on the lights.  Then I remembered that the main out door light, had fallen the other day and was not going to light up anything.  I couldn’t see any cats or mice.  I opened the door, expecting to hear an animal run off, but heard nothing.  The sound has not returned.
Posted by John Fargis at 9:04 PM No comments:

Dropping to Make an Angel

Just me and Sun Ra here, over the Bo Hai Sea.  I have to surreptitiously check my phone to see which song from “Night of the Purple Moon” has the Saturnalian sparkling the keys up in my ears just now.  It is “Narrative.” Technically, Air China does not want anyone to have a phone on while flying.  It doesn’t matter whether it is on “Airplane Mode” or not.  All phones must be powered off.

It is more important than usual this morning to flout this rule.  Beside me are two women from Spain.  They are older, fashionably dressed, and are in the middle of a three hour conversation.  I notice the aspirated th in the z’s of  “zapatos” and “corazon” and convince myself that they are from Iberia and not Latin America.  Spanish is beautiful but even harder to ignore than Chinese.  Every time a track stops I am reluctantly drawn into their conversation. 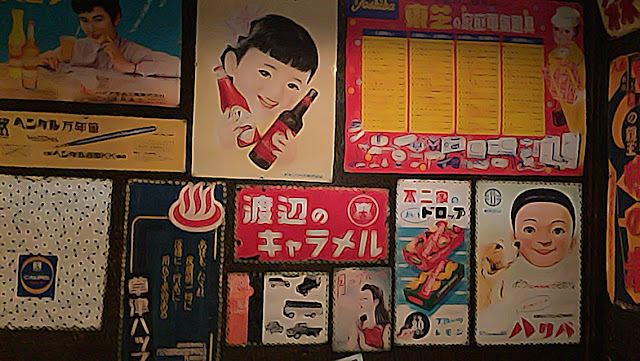 Two seats up ahead of me is a television screen.  Three rows after that there is another television and then another, forming an entire grid of television screens that flash and flicker, pleading with me to consider them.  What appears to be a very typical made-for-the-masses Chinese melodrama is unfolding.  Earnest, well-off people are pouting.  People are fighting.  Someone is regretful and cries in the rain lying on the street.  Two seats up on the left someone has their computer on and a young American couple, by the looks of it, are falling in love and racing around a campus in the snow.  We get headshots, and then the camera pulls back to watch them drop backwards to make snow angels.  This is pursued as if it were undeniably the apogee of young adult winter fun, so powerful is love, or at least the rituals of courting.  I try to remember the last time I made a snow angel.  My mind arrives on a memory of my younger daughter dropping to make an angel near the St Lawrence River last winter in Quebec.  But as I recall, I did not take the backwards plunge, myself. 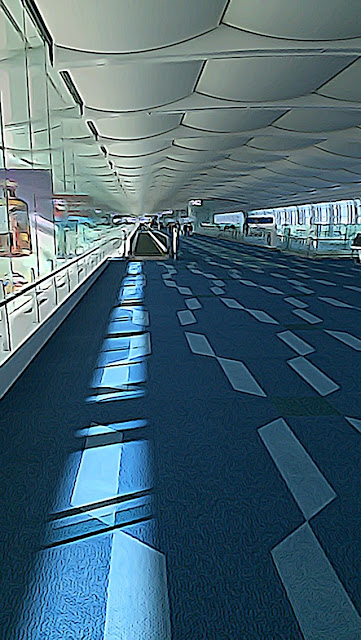 I’ve a faint headache.   The spasmodic resistance-submission-renewed resistance engagement with seven different broadcast screens is not helping.  Last night I was up late with stepson in Shibuya, playing through tube amplifiers, smashing snare drums as hard as one could possibly hit something and freestyle rhyming, which quickly descended into free style screaming.  I heard the recordings I’d on my iPhone this morning, walking the long stroll over to gate one-forty-one.  I’m lucky my headache isn’t more pronounced.  Coffee will help.  Yes.  A double shot when I land.  I adjust my arm again.  Cramped in here.  Cramped in economy, windswept and ready to get off.

Posted by John Fargis at 3:40 AM No comments: