Listening to something new from Sweden.   My mind is back to a winter in Stockholm, coming up the elevator from the Kungstragaden subway station, which, it was explained to me, being quite obvious once it was stated, meant “Kings Garden”, and seeing the hard side of Stockholm, that felt cold and unforgiving, the jarring multi-ethnicity casting me back to the Bronx when I’d been prepping on Gustavus Adolphus, hard cold streets with sorry seventies modernity and early morning garbage collection imbuing the city with something steamy and gritty to anchor the quaint, commercial tourist Christmas of Gamla Stan, where, admittedly the candle fires burning outside the stores are irresistibly alluring.  Very dark late in the morning, very dark early in the afternoon and the sea, which is everywhere in Stockholm, looking slate blue and absolute.

Dungen are from Stockholm and I am listening to their new album, “Allas Sak”, which means “everyone’s thing.”  The front man is another Gustav, one Gustav Ejstes and the sound is tasteful, contemporary psychedelia.  And I don’t know if they’re in Stockholm this winter, or just what version of their hometown they prefer.  No doubt they could show me many parts of that city that would round out my appreciation.  Listening to the Swedish language sung, in lovely, distorted harmonies, I’m not sure that I would necessarily place it.  Nothing about it sounds characteristically “Nordic.”  Though the mix is clean and crystalline like something made between a bright blue sky and a slate blue ocean.  That the language is nonsensical means I can play it while I work.   The only word I know in the language, besides ‘King’s Garden’ is “tak*.”  Cognition and is therefore  unlikely.   I can’t work with a trialogue. 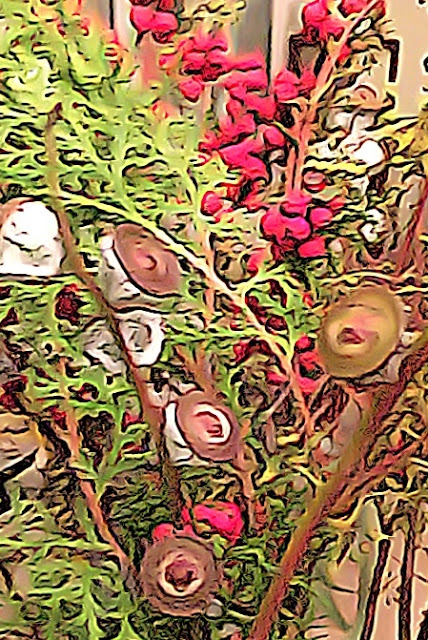 Monday and half the world, or at least half my professional world, is on vacation.  I’ll work.  I’ll catch up on things.  I’m drawn to the idea of having life on the back- foot as I step into the New Year.  I’ll prepare a cauldron of this heady brew, by winnowing my to-do list and being regular about all the things I’ve told myself to do regularly.

Finding, listening to, new music, finding a way to share new music with my children; make this regular. 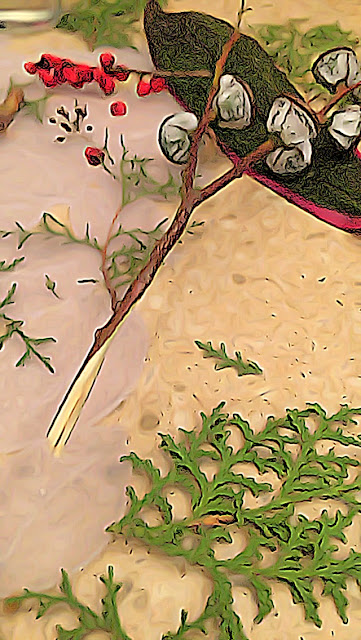 Lunch with the older one just now.  Thumbs were trending upward for Dungen.

So Glad to Lose

Every few seconds a flake falls slowly to earth.  This is snow on the edge of a desert.  Every day it seems we get a dusting.  I can’t complain much.  I’m thankful for even this modest precipitation.  Anything to combat the dust.  A big magpie just darted across my field of vision.  They seem to be the only birds that can thrive in this weather.  That’s probably why their voice is so shrill.

Reasonably early start.  Attack the week’s work on Sunday, in hope’s that Monday is actually efficient.  After all this time in East Africa with Thesiger, I reached for a West African mix this morning to fuel the calisthenics.  In my mind there is a collection of rare fruit that I’ll one day find.  I had four mixed tapes, twenty years ago, that a friend’s uncle had compiled in-region.  I’m searching for those missing songs when I look on-line, when I buy download yet another Hi-Life mix.  The mix I find on Youtube is pleasant, but there are few surprises. 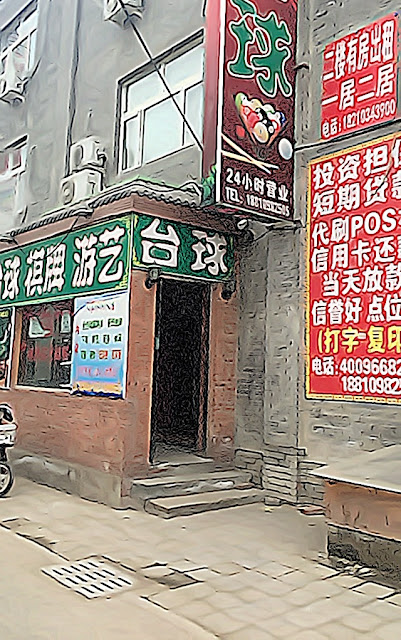 Reading “Crime and Punishment” aloud to my older one is a commitment.  We’re coming up on page four hundred and at ten-page-a-go intervals; we’ll be at this many weeks to come.  But the scenes are worth it.  We just made our way through the denouement of Pyotr Petrovitch’s marriage proposal to Raskolnikov’s sister, Dunya.  I marveled at how we can spend ten pages with what might otherwise be a very simple scene:  Pyotr’s been shown to be a vain blowhard and he is bitter about it.  But each sentence illuminates his frustration so plausibly.  Each indignity is catalogued and built upon till we are imbued with the bile of his maddening comeuppance.

Time is running out for this ritual, I know.  I must choose the books that remain to be read carefully.  An “Anna Karenina” could take the better part of a year.  And there aren’t many of these left, till the ritual must end. 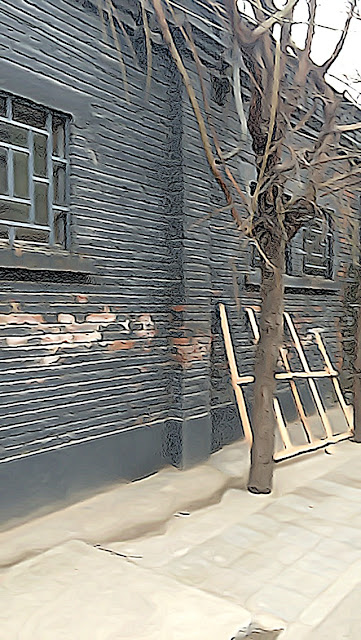 I have to go now to play chess.  I had the most wonderful indignity last night.  I lost two games in a row to my younger daughter, playing in front of the fire.  The first game I chided myself for not concentrating.  In the second game I redoubled my efforts and made a fatal mistake once again.  Remarkable.  I’ve never been so glad to lose.

A Real Day of Rest

A real day of rest is a day when it doesn’t really matter if you lie in bed for a few hours in the morning and finish a book.  I started Wilfred Thesiger’s book “The Life of Choice” a few days back and was determined to finish it this morning. 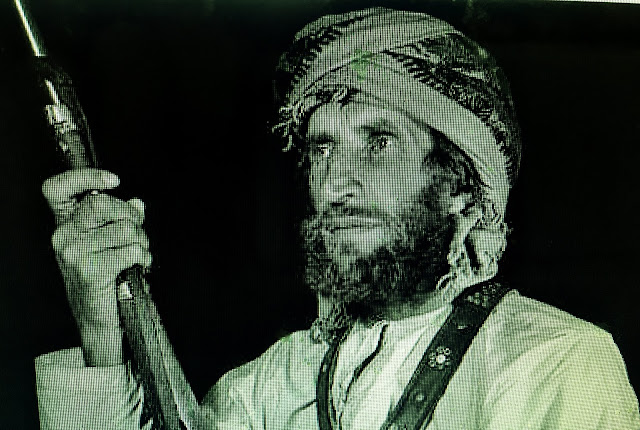 Born in 1910, in Addis Ababa, son of the British Counsel General to Abyssinia, an autobiographical book like this, necessarily has a chapter entitled, “The War Years.” How breezy it is to begin a journey like that.  We don’t have to bother much for the fate of Abyssinia, when the Italians douse the Ethiopians with mustard gas.  The fall of Paris, the sinking of the Price of Wales, are all registered with dread as they befall.  But we already know that Emperor Selassie will return to power, Rommel will start to retreat before long and we’ll all have the last laugh on Mussolini.

Thesiger served under a number of colorful figures during the war including Orde Charles Wingate who comes across as brilliant and repulsive.  Brigadier Sanford who oversaw the British plot to arm local insurgents and restore Haile Selassie to the throne, and Sir David Stirling, with whom he raced about North Africa in a guerilla band, behind German lines and who later applied his disruptive skills against the British labor movement.

It is Haile Selassie himself though, whom Thesiger singularly reveres, above all other men. From his earliest memories of meeting him in England, his dignified bearing in the face of Parliament’s craven capitulation after the Italian invasion, his magnanimity towards his enemies, Ras Tafari appears throughout the narrative as a supernatural presence, impassively bearing all with an Imperial mein, until he is smothered by Mengitsu of the communist Derg, with a pillow, in the 1975 coup d’etat.  Inundated as my generation with the popular and impossible Jamaican hagiography of the man, it was fascinating to consider the beatification cast by a sober, British explorer. 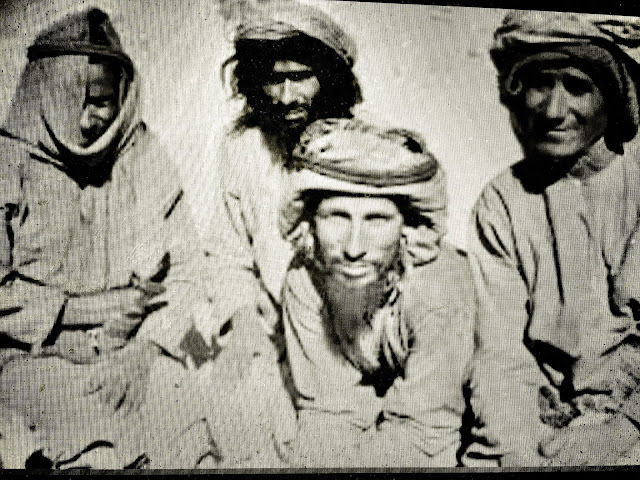 Considering Thesiger’s various photos on Google images, it strikes me that he would probably be on a ‘no-fly’ list today.  All of his various travels were through areas that today would be considerably less remote and arguably even more dangerous.  As he rightly points out in the conclusion of his epilogue, he was fortunate “in so many of my travels to have been there, just in time.”

Let Up for the Nativity

A light dusting of suspect, grey snow outside.  Christmas was already here when I went to bed at two-thirty.   I’m up.  Sharp regrets at having told people to be here at this hour.

The little one is blown away by how many presents have materialized over night and by the fact that the cookie left out on the mantel is gone.  We’ve had a number of “Is Santa real?” inquiries this year.  I reflect on how young I was when it became clear just how it was the magic happened.  I do not recall the epiphany, so much as my amazement that some other kid in fourth grade could still insist that Santa was real.  “He wrote the note in a green pen.  We don’t have any green pens!”  I can distinctly remember this assertion seeming utterly implausible.  “Louis, come on, you’re in fourth grade.  Your parents wrote it, man.”

The folks back home suggest that it will be over seventy degrees today.   Who needs to move from New York to LA with winters like that?  I’m tempted to brag about our dusting this morning, but it seems disingenuous.  Whatever fell last night is bituminous.  Business and must-do deals don’t let up for the nativity.  Skyping with someone in Ireland he sighs, digitally, proudly that it is cold and wet on Christmas day in Cork.  Well, at least Ireland remains consistent.

That coat didn’t fit.  What was I thinking, trying to fit him into an extra large.  I don’t know when I will ever where this tee shirt. "No I love it."  "The bag says Florence but I got it in Hong Kong."  It fits?  Are you sure?  You said you liked “galaxy” patterns.  That's a galaxy pattern, right?" 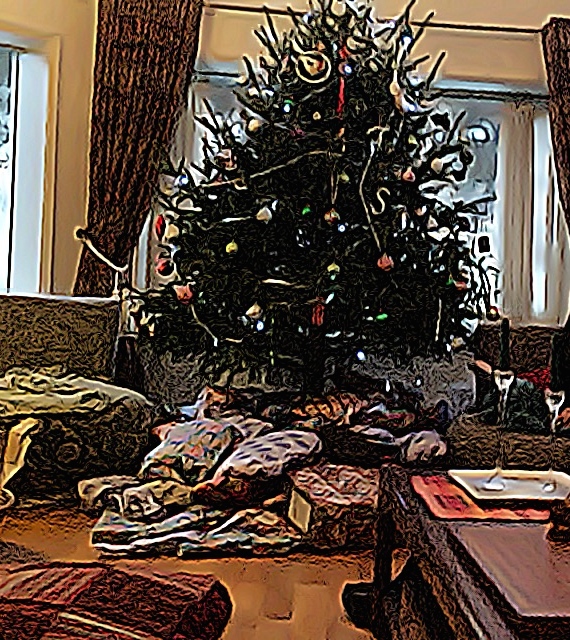 The potlatch races towards its inevitable exhaustion.  I make myself useful as a bagman, picking up the mounds of torn wrapping paper.  “Nope, these are all for your uncle." "I think we're done."  "Yes honey, we're done."  I take a bag of trash out and wheel in the new, white bike from the garage like the final scene in an opera.  Handels "Messiah" thunders out from the speakers in my study.

Christmas eve, and there is only one large purchase left to make.  The bike shop is a five- minute drive from here, across the street from the Shandong restaurant, we occasionally dine in.   The bike has already been picked out a few days before.  It’s right up on the second floor.  They’re open today.   The bike is in stock . . .  Heading over I’m talking on the phone and making sure I don’t hit anything.  I make a legitimate U-turn on the high road and then move over on to the side road with the bikes and motor carts. 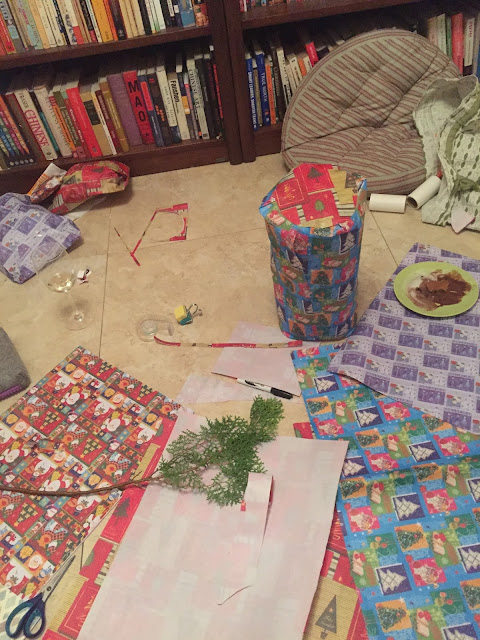 The turn into the bike shop is just ahead.   To my right is the dormitory for the stewards and stewardesses for Xiamen Airline.  Before me, on this access road is a flat bed truck, tilted to ground inviting me to drive straight up and away in the air, as if I were Starsky and Hutch in a chase scene.  Still talking, I move back out into traffic and return to the side-lane fifty meters ahead.  Where’s the bike store?  Proceeding slowly, it doesn't appear.  Clearly, I’ve gone too far.

Frustrated, but trying not to show it on the phone, I ask the person to repeat the question and plod ahead, in disbelief.  Rather than cross three lanes and turn back left with another U-turn, I cut off to the right, and make the first right again, to loop along the rough back street.  Motor scooters and three wheeled carts dominate the traffic along this rough road of auto supply stores and shabby restaurants.  I do the two-kilometer loop, turn right and right again and I’m back on the high street.  Slowly, and now utterly confused, I somehow manage to ride by the bike shop again. 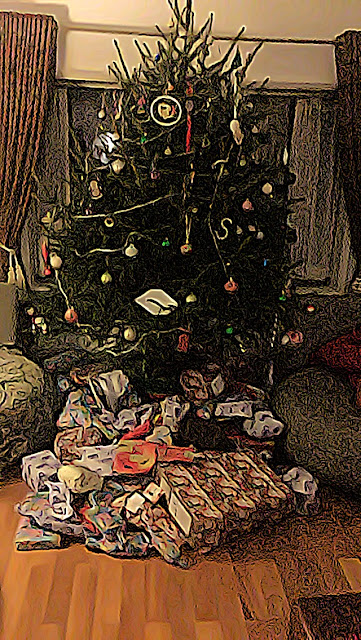 With that I hang up.  Frustrated, determined to master this modest task, I lock my jaw and repeat the loop around one more time.  It was, of course, right behind the flatbed truck.  Having arrived, the rest was easy.

Posted by John Fargis at 9:54 PM No comments: