Excursion Into the Unknown

The mapping apps all tell you to head up to the New York State Throughway and cut across the state on Route 90.  If you turn right it turns in to the Mass Pike.  I’ve never taken it left before.  But it will have to wait.  I was advised that Route 17, is the move.  Reportedly one of the most beautiful highways in the country, I wasn’t concerned that it was supposedly a longer ride by twenty minutes.

Election day.  Like so many we'd voted already.  I’d been up since four in the morning.  One call got canceled.  Idle time to spin around in an eddy then its time, and you’ve only fifteen minutes left to pack.  I could hear my older one upstairs.  I’d suggested a 7:00AM departure and that was clearly not happening.  My laundry ought to be dry by now.  It’s only an overnight.  Now go make sure the Mrs. is vertical. 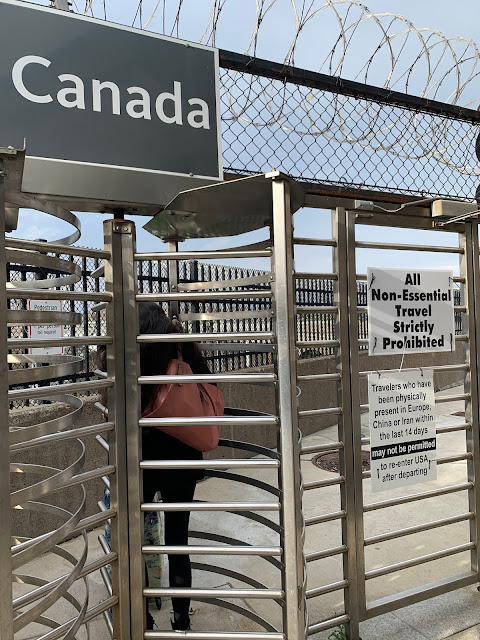 Diving up over the Gunks on a rainy day, the Clay Pigeon on his woof-mu “Wake and Bake” show declared: “they got low, we get high.” which made me laugh aloud in a manner no one else could comprehend.  Over the bluff, the clouds cleared as we dropped down Route 44.  Twenty minutes later all that cloud cover was back again.   We seemed to have distant blue skies and  a heavy ceiling of moisture blanketing the rest of the sky.  Route 17?  Yeah, it was gorgeous and we seemed to trace one river’s course upwards and upwards until we picked up a new river’s course moving from the Delaware River drainage to that of the Susquehanna. 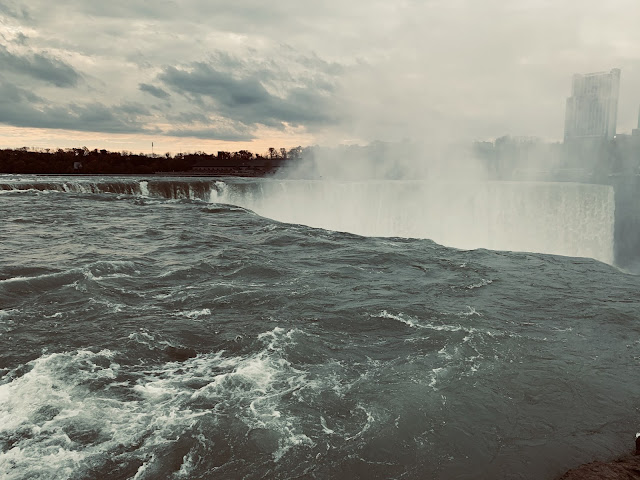 Our destination was Niagara Falls, the border crossing there, to be precise.  The older one had received a special dispensation for lonely hearts, allowing certified significant-others to petition and cross over to Canada.  She might have flown, but we made it into a family excursion into the unknown.  This last part of the ride west along Route 20A has one after another Trump sign.  Alas, I notice no Biden signs, as we drive through rural New York State.  The news will start reporting results not long after we arrive.