Voting Was Being Held

Reading about the Imjin Waeran (Japanese Disturbance of 1592) Toyotomi Hideyoshi in the late sixteenth century, unified Japan and decided he wanted to launch an attack on Ming China through Korea.  He drove his forces up to Seoul, sent the emperor retreating, pelted by angry peasants, and made it all the way up passed the Yalu River.  Then, in a manner oddly anticipatory, the Chinese entered the Korean War (a.k.a. 抗美援朝 ) and drove the Japanese back down to the middle of the peninsula, which resulted in a stalemate.  Negotiations faltered after a few years and the Hideyoshi’s forces tried again.  This time, they lost definitive naval battles to the sagacious and innovative Korean Admiral Li and his turtle boats.  Hideyoshi died before the end of the century and the Japanese returned to Honshu.  Tokugawa Ieyasu succeeds Hideyoshi, forms the Tokugawa Shogunate and Japan turns inward for the next few hundred years.

We went over all of this on the rainy ride in this morning.  And later at home, her older sister, her mother and I all discussed when we’d go and vote.  It’s still pouring.  Weather suggests it’ll be pouring all day.  The older one suggests later this evening.  I press for now.  “There’ll be less people than last time because of the rain.” I offered.  “That’s what everyone is thinking” came the riposte.  I had a call.  She had a class not long after.  We suited up with raincoats and umbrellas and headed through town to the public building where the voting was held. 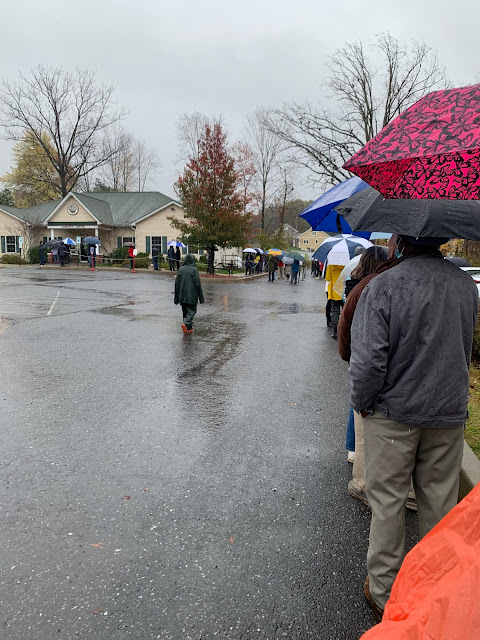 Fewer people, certainly, than when we were last here.  But there was still a line of at least one hundred and fifty people there in line.  My daughter got out and secured our position and I parked the car, not too far away.   Steady rain on all our heads, the line moved slowly.  My big grey coat and hood was working well enough.  My jeans, my shoes stayed reasonably dry.  But I did begin to fret about my upcoming call.  This wouldn’t be over in an hour.  I tapped out a message suggesting I’d be late and, remembering our call this morning when he and his colleagues in Tel Aviv were encouraging me to vote, “the world needs your help,” I alluded to the fact that I was voting in the rain. 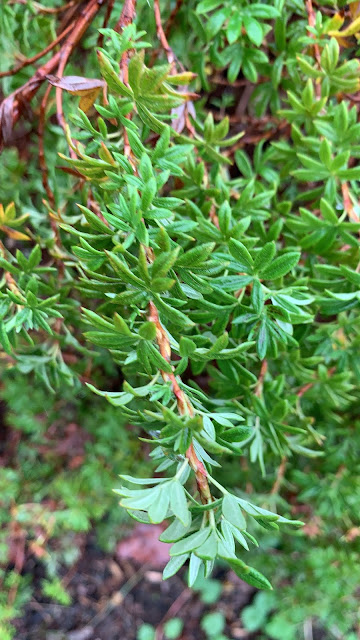 Three students from SUNY New Paltz, I presume, were in line right behind us and they seemed to giggle a stoner giggle talk, where they laughed weakly at everything anyone said.  “Dude, if have a test today.”  “heheheh”  “Its raining.”  “heheheh”  “This line is going slowly.” “heheheh”  One could not help but try to size up the town’s electorate there in line.  Is that fat guy with the baseball cap a Trump voter?  What about that lady with the Irish-puss?  Which of course leads to one wondering what these other people think of me, and the two ladies I’m with who seem to repeatedly communicate in something foreign.  Was that Chinese?  A matter-of-fact process, I’ve done year after year but this year there is an unspoken solemnity.  No one wants trouble.  Everyone seems to want to keep distant, for more reasons than just the virus, today.  Nothing could be more important just now.  I have such a hard time keeping my hopes in check, that the end of this administration is close at hand.

Inside, I remember to thank some of the volunteers who helped to make the day all work smoothly and penned in my choices behind a small, fragile cardboard shield.