Handymen From the Meatheads

Webber Plumbing visited last night.  Nice guy.  Immediately forgot his name. He was here to help with something simple.  I’d researched how to change a water filter.  We have well water and you need to change the filter every now and then.  Mine was way overdue.  And the nice guy I met on Youtube had kindly demonstrated to me, again and again, how to turn off the water and let off the pressure in a drain and make sure I had a bucket for runoff and then simply turn the big blue wrench and loosen the glass vessel that holds the filter.  Ah, but it wouldn’t turn.  That’s an issue.  I’m strong enough, I suppose to make it turn, but this is what separates the handymen from the meatheads.  Having broken my share of things that way I’d reached out to my dad, who is a handyman who came by, reviewed all, pulled on it just the same as I did and said, “you’d better call the plumber.”  If we goofed, we could flood the basement and we’d need to call him anyway. 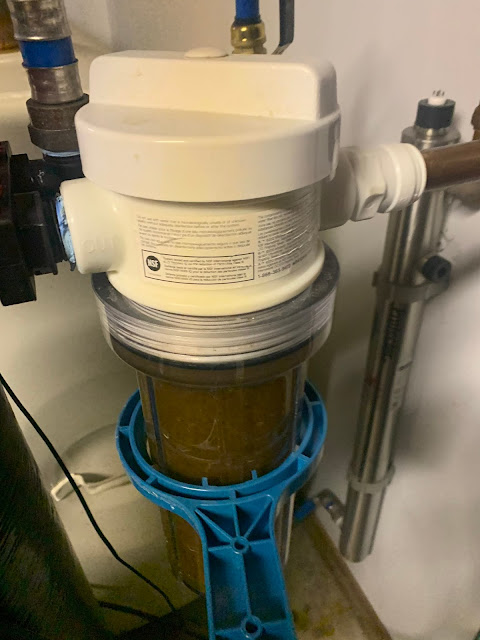 The gent showed up late.  That was good because at 1:30PM in the afternoon I went for lovely bike ride.  The dispatcher had suggested that he’d be by around 2:00Pm . . . but it cold be later.  I discounted this immediately and assumed, rightly that I could enjoy by regular fifty-minute bike ride and unlikely be disturbed by the guy calling me mid ride to say he was in the driveway.  As it was, I had plenty of time for a shower, some busy work and the preparation of half the dinner before he arrived.

Down in the basement he confirmed that all that I’d prepped and all that was assembled from my Youtube preview was all correct.  And he too pulled on the big blue plastic wrench and got nowhere.  I asked him if he wanted me to brace the brass pipes while he pulled so that none of the joints snapped and blessed with the confidence that comes from having done this countless times and knowing that if he fucked up, he had the skills to address it, he exerted the fullness of his strength and the calcified thread finally gave way.   He waived the delivery fee and it was “only” one-hundred-and-forty dollars.  No.  He wasn’t familiar with the broken U.V. light I had and no, he didn’t think the faulty grounding wire would stop the rest of the box from lighting up when plugged in.  But that will need to wait for another day. 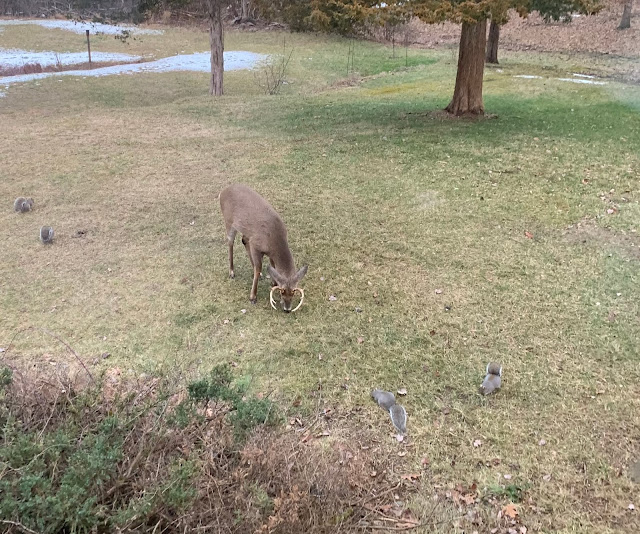 An awkward moment when he was finishing up:  I asked him and he said the cost was $130.00, to which I said, OK.  I’ll give you one-forty and you can keep the change.  “Oh, that will be fine.  With the tax it's $139.00.”   Now I’d already suggested a tip.  I ought to give him something.  But there were nothing but twenties in my wallet.  I did the sort of calculation I might do with a waiter and a bill in a restaurant and reluctantly gave the guy a twenty and in as much as he accepted the second time I asked, a glass of pulpy orange juice, as well.