My wife sent me a multimedia article last night about Suzanne Simard in the New York Times on the “social life of trees.”  Turns out she is whom the “Patricia Westford” character in Richard Powers’ “The Overstory” was based upon; a scientist who’s early work on communication between trees was dismissed only to later be proven prescient.  The article referenced her scientific work published in Nature and I had a go at reading “Net Transfer of Carbon Between Ectomycorrhizal Tree Species in the Field” which was more ambitious and did not have any cool, scroll down photos of trees which the Times had provided.  Her new book “Finding the Mother Trees” sounded fabulous but it won’t be out till May Fourth of 2021.

This got me thinking about the trees in my own yard of course.  Most of this five acres and everything around here had long since been cut down in the eighteenth century if not sooner.  This was probably all just grazing land for sheep or cows.  I don’t believe there are any trees on this property that are older than a hundred and fifty years.  An amateur at sizing such things up, I may be off, by many decades.  In the area immediately around our house there are three large oaks, one northern red oak that is quite close to the house.  Another southern red oak that leans away form the home on the front yard and across the drive way there is a black oak.  Up the hill there’s a white pine that is probably of the same vintage as well.  These then, as the local mother trees.  Nearly all other trees can’t be much older than the house itself, which was built in the 70’s.   I wondered about these different oaks whose roots all certainly touch upon each other and considered if and how they communicated between their different species. 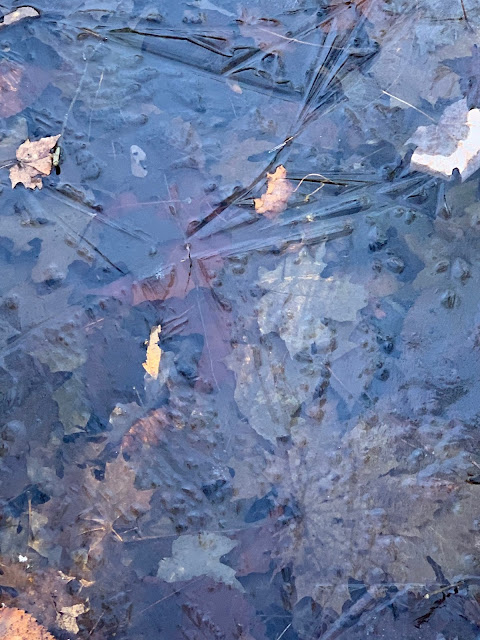 Passed Old Ford Road on the trail there is a lovely swamp down before some rather unfortunate McMansions that are positioned up there, no doubt with good views of the Gunks and the swamp and completely unobstructed views of each other.  It wouldn’t be my choice for a dream house.  I can’t imagine why they don’t all plant trees and more trees to create some privacy.  Perhaps the community by-laws prohibit them.  I got off my bike, near the tree that had fallen and took a few photos. 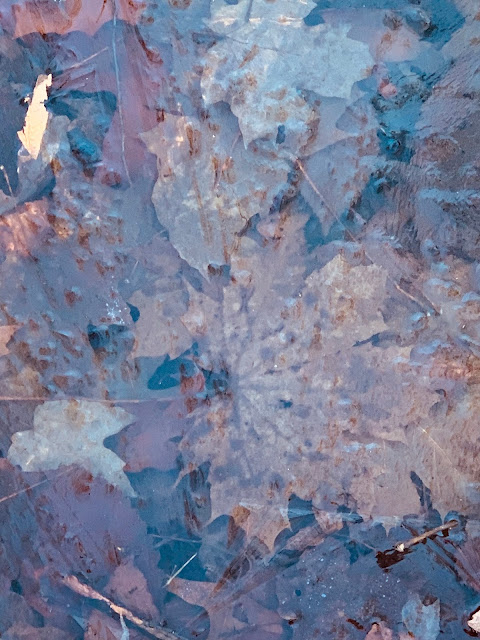 Last night had a business associate tell me that his partner couldn’t join a call as he as heading off to Mali.  Mali was special for he and his wife and family and despite Covid, they were intent upon going this year.  They’d leave today.  So I wrote the guy whom I also knew and said: “Wow.  Mali man.  I haven’t been in thirty years.  Mopti and Djene and the train from Dakar to Bamako . . . Would love to talk to you when you’re back.  We were laughing today as it turns out he was heading to Maui.