I just walked out on the porch to photograph the remarkable cloud cover that had settled in the Wallkill valley between our yard and Skytop Tower.  If the area up in the Trapps is a microclimate then this valley between here and there also experiences unique local conditions.  Clouds form low and roll through beneath the main cover of the sky.  And they hover above our porch and shift in a thousand fractal patterns that are visible if you choose to consider them. 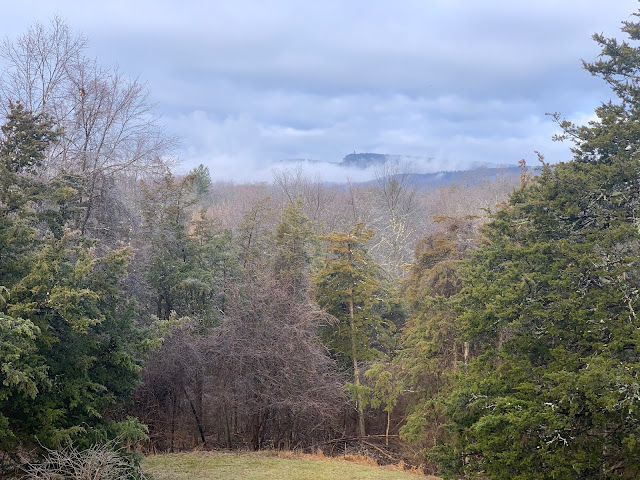 This morning though, I was caught off guard, as the sun had broke right through and it augured for a clear day for a hike with my brother and my nephew.  We’d just decided upon a trail within the Harriman State Park that is equidistant between he in Maplewood New Jersey and me here in New Paltz.  And everywhere was the sound of rain drops.  I held my hand up and there was no rain falling.  But the sound was overwhelming.  Could it be that everywhere around me was raining but just not this particular patch of the porch?  Glancing out it became clear that the “rain” was actually all the ice covering so much of the canopy.  It was now melting in unison and falling from the trees in a downpour.  A form of belated rain, perhaps.  I’ve never experienced that before.

I ran in to tell my wife, who was talking to someone in China on the phone.  “You really ought to head outside.  The ice is melting and it sounds like rain.”  I’m not sure I convinced her that this was worth her time.   Just before going out I’d informed the girls that we’d be leaving in an hour.  They were invited, but not obliged.  “Come if you like.  The hike will be easy.”  I’ve promised easy hikes before that proved grueling.

This morning I finished off “Chinese Communist Espionage: An Intelligence Primer” which wasn’t what I’d expected it to be.  Without any thesis or conclusion, it proved to be, as-advertised to be fair, a resource tool for anyone wanting to reference or contextualize matters of Chinese espionage.  Fifty mini-biographies of the various spies of the Chinese twentieth century.  Fifty paragraph-long mini cases of people indicted or convicted of espionage with China.  The longer narratives like the one about the infamous traitor, Gu Shunzhang who nearly compromised the Three Heroes of the Dragon’s Lair is well written and struck me as something one could unfurl during a spirited cab ride in Beijing and ignite a worthy discussion. 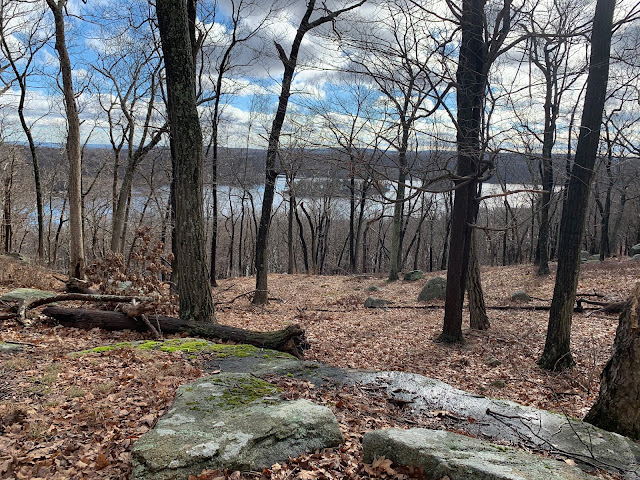 Next up is rather different: “Blockchain Chicken Farm, And Other Stories of Tech in China’s Countryside” by Xiaowei Wang is off to a wonderful start.  She writes well.  I’m enjoying considering the way she is trying to explain pieces of China, pieces of technology to people who don’t think about those things.  It isn’t hard for me to imagine her there with her great uncle in Tianjin.    But for now, it’s off to Harriman.  Looks like the little one will join me.