A bit of chauffeur work this morning at 2:45AM.  Me alone in the front.  A couple in the back seat.  My wife had driven them down to LaGuardia and back last week, our older and her visiting boyfriend.  This morning, one week on, the return trip.  This has become my time of day, keeping Asia hours on the U.S. eastern seaboard and by 3:00AM I was fiddling with the car radio enroute to the nearby Hampton Inn.  My friend’s at WFMU had on some confrontational death metal that was reasonable for them to be playing at this hour, a salve presumably to discontented returning college students who’ve signed pledges not to party, but ill-suited, it was to my gentle, morning mind.  I’ve a preset there for WVKR, the folks over at Vassar College who had on a 40’s jazz set that was much more to my liking.  There, by the intersection where 17 ends into 32, beside the wee house that’s for sale and the tremendous catalpa tree, I recognized that piano.  Those stately flourishes. That could only be Ellington.

I assumed the young couple would fade back to sleep quickly, but they’re up and we chat about colleges, and isolation and whether or not my younger daughter has changed much from the boyfriend’s perspective.   There isn’t much of anyone on the New York State Throughway at this hour and with the chatting and the swinging soundtrack, we pass the Newburgh exit and the Woodberry Commons exit and approach the cut onto 17 in moments.  Passing those mountains there near Ramapo, WVKR sputters its final flourishes and I tune the dial to the gold star of college jazz radio, Colombia’s own, WKCR. 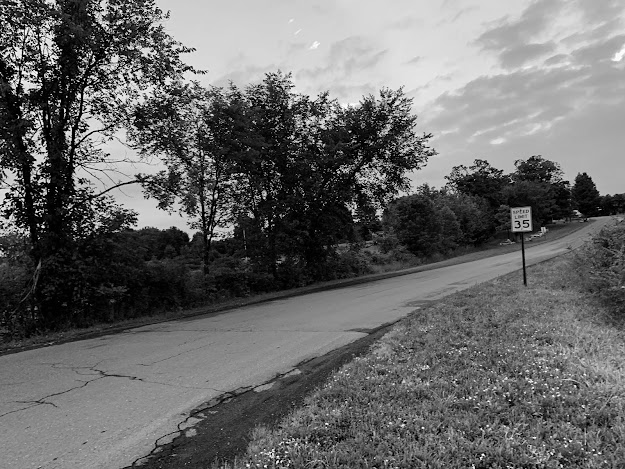 I know that I have a battery of conference calls, that will commence sometime after 5:30AM, when we’re driving back, so I’ve been saving juice on my Android phone.  But here in New Jersey, near Mahwah, I need to kick the GPS in and for some reason the voice feature isn’t activated.  My daughter’s chum notes that I may have a do not disturb feature activated and for a moment, I wonder why I never notice those things.  But the phone remained silent despite his toggling.

I made it through New Jersey with the only ocular engagement of the device until just around the GDub, the Waze lady suddenly sprang to life.   Good.  “We’re all set.  Let’s get started.”  Indeed.  Normally associated with glacial traffic, the George Washington Bridge is easy at 4:15AM.  Joe Henderson’s “Blue Bossa” from his first album anoints the passage across and once again, I turn and marvel at Manhattan downriver, to the right.  Inspiring, in spite, forever. 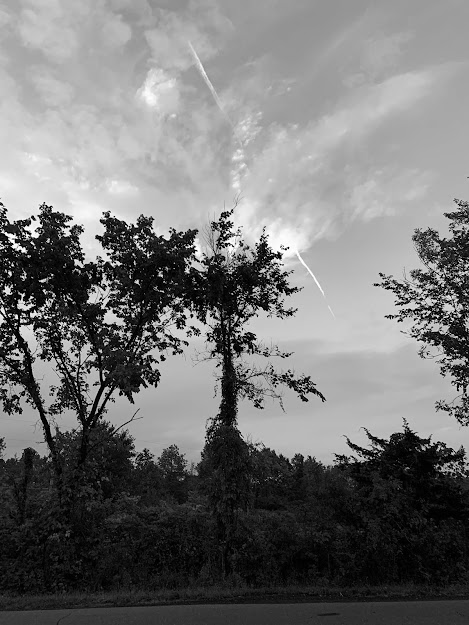 The city, feels like the city, as soon as your wheels roll on to the island.  Driving swiftly at this hour these tight passages and turns, built during another era, are intimidating, especially when each exit ramp and merger offers an opportunity for a missed turn or a blind spot with someone entering.   We’ve raced across 179th Street in no time and turning on to the FDR, we can see the full moon silhouetting the towers downtown and, as if on cue, the calm, unimpeachable voice of Phil Schaap, is on the air and he narrates a tale I’ll now likely never forget of a Christmas Eve when Miles Davis left Bird’s band and Bird called up Kenny Dorham to join his band and fill Miles place.  By the time I’m in the LES, turning from Clinton Street on to the Williamsburg Bridge he is still talking and I don’t mind in the least.  He’s built a case and made the point which once again, I think I’ll ponder and likely reuse, that it was jazz bands, which desegregated long before Jackie Robinson, or Rosa Parks made their contributions.