It hasn’t rained in a while and I’m glad to see it drizzling out there.  The color.  The muted color in the wet autumn is overwhelming.  When I returned from driving my little one to school, I just stood and stared out from the head of the driveway at this tree and that.  Over by the shed there is a nondescript ash tree that now has big round yellow leaves on display and right beside it is the miraculous red maple with a thousand jewelfish scales, glistening wet, shimmering colors in motion.  Each of the oaks is beginning to change from green in their own way. 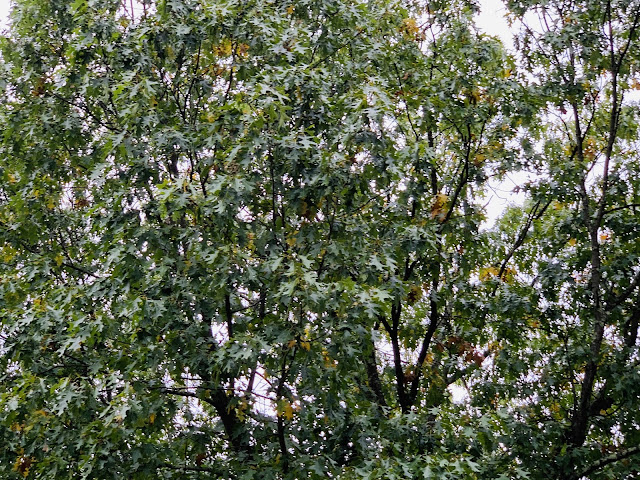 A woman who was DJ’ing for WVKR Vassar, was prattling on in an inviting Queens accent about singularly remarkable it was to drive around in the Hudson Valley just now, up to Kingston, over the bridge and off into Colombia County.  “Yes.” I said, driving along through Highland on 44/55.  She told me she was going to adjust her play list and play some music which testified to this and before long she had me near tears playing Billie’s version of “Autumn in New York,” which I turned up full blast as though it were more anthemic than melancholy. 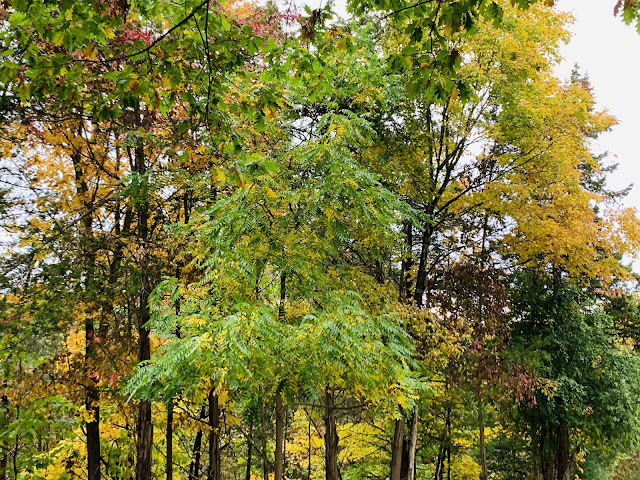 Over on the window there is a dark paper wasp, inadvertently showing me all of his or her underparts. The critter has been standing there now for about forty minutes.  It doesn’t seem to want to move.  And I was going to write that the Autumn cold was slowing him down but in fact it is unseasonably warm out there.  More likely his body knows that a rather thoroughgoing change is about to happen.  I was trying to find out the lifespan of a dark paper wasp on Wiki but they don’t mention it.  Additional queries suggest they last just about a year.  So presumably he or she, who spent their life a worker, is fixin’-to-die.

My little one spoke under her breath to her sister.  “I’ll never hear the end of this.”  Her friend was visiting and there, at our dinner table, mentioned her piano practice and the work she does with animals.  My older one gave me the heads up the next morning to be sensitive about the urge to compare her and her friend, and so, at dinner last night I said: “I want to mention how singularly proud I was to see you comport yourself last night with your friend here.  You really shown out.”   She knew instantly it was a set-up.