Consider It A Blessing

William Seward was born near what is today Woodburry Common and after some early days as student upstate and then a teacher down in Georgia, where he may have fathered a child, he made his life in state of New York, moving his family up to Auburn New York near Syracuse.  The little one is doing a paper on this member of Lincoln’s team of rivals, his secretary of state and the gent we have to thank for Alaska.  But back in 1855 when she was to write about him it was all about the Kansas and Nebraska Act and the violation of the Missouri Compromise and the repugnant Fugitive Slave Law.  Despite this being a time when Congress people beat one another to within an inch of their lives in the halls of Congress, it was interesting to note that Seward apparently threw Washington D.C. parties in those days that were well attended and enjoyed by the likes of Jefferson Davis. 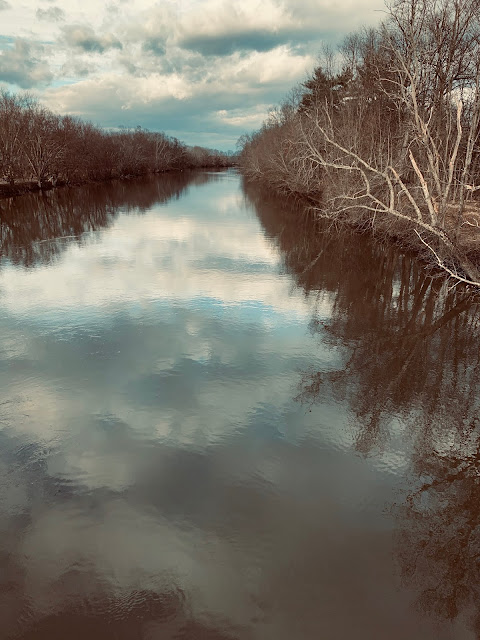 We need to drive up to Buffalo again.  Yes.  Buffalo, again.  Someday I’ll wish my older daughter would visit.  Tomorrow she’s asking me to pick her up.  Consider it a blessing.  On the way to Buffalo, you could pass through Auburn.  It isn’t open to the public but you could check it out.  If I ask the little one, she’ll say “not needed.”   But if just show up there, well, there you are.  You can take a photo.  We have also had a look and I think I have identified one of the landmark spots for Buffalo pizza.  It appears to be a thing.  We’ll pick up the older one, and dial in an order and in spite of my wife’s tidiness, we’ll have a feast on the drive back.

Yesterday down the trail towards Gardiner near the McMansion bluff one and then another owl took off above me and the soared around and around over the swamp. I suspect they were barred owls.  I kept hoping they might spy something worth diving down for.  At one point I imagined one of them was flying back, in hopes of returning to the same tree they set off from.  But then, in an instant I imagined she had spied me and this meant she banked another turn as I was still there contaminating things. 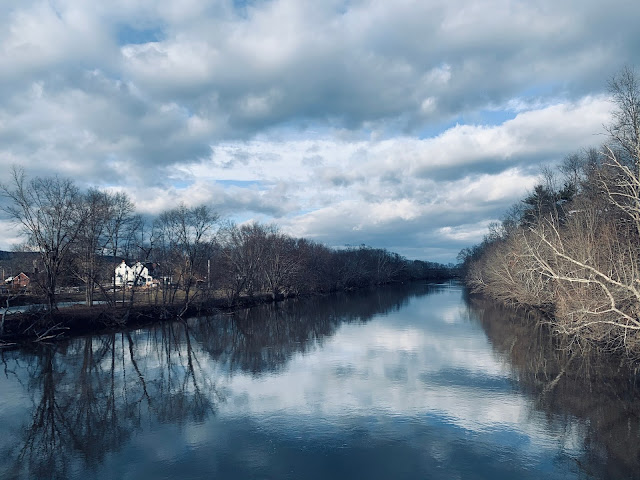 Listening to Trouble’s “This Is the Modern World” show today.  Had it on while I wrote.  Took it out to the kitchen and listened to her spin some Ethiopian reggae and then some Angela Munoz that sounded for all the world like Amy Winehouse while I made everyone veggie tacos.  Today the trail was so crowded.  It’s overcast and cold but people need an egress.  Everyone seemed to want to be outside.  I guess its also a three-day weekend, come to think of it.  Martin Luther King Jnr., indeed.  MLK seems a proper meditation for this cacophonous turning point we're all staring down this week.