Drove down to Newburgh today for a follow-up trip to the vet.  This is the second time in the last three weeks that we have had to bring the painted gecko to the vet.  To be fair this is more of a follow-up visit to make sure the medication we’ve been feeding him since the last visit is working.  He had a sores in his mouth, likely caused by a lack of humidity and we found out and it was interfering with his eating.  Three weeks of oral medicine and shots into his skin he seems to have resumed consumption of a worm or two but there is no sign of his feces.   I don't have reptile insurance.  I hope this is the last follow-up required.

My older one wasn’t around for the initial visit.  She’s beside me now on the drive over with Barack, who is staring out confused, from an empty quart sized plastic bowl with a clear cover.  What, we wonder is he thinking?  Leaving his cage for the second time in his life must be rather confusing.  And he must be processing these new impulses rather slowly.  Or is he?  My daughter says his skin feels cold as she touches him.  We can do something about that and turn up the heat so it’s more like Arizona in here.  Ah, but is it sufficiently moist?

I have two volumes of the Sima Qian’s “Records of the Grand Historian.  Turns out this Burton Watson translation has only portions of the original work translated.  This starts right out, at the end of the Qin, where Gaozu is delayed by rain from arriving at his pressed-labor assignment on time.  The punishment is death.  Bound to die anyway, they decide to rebel.  I’ve known of this tale and now it is obvious what the source has always been.  The style of this history is one part fiction one part research Sima Qian did, visiting locations, asking people for verification of stories.  I’m ready to revisit the early Han in detail.  I’ve pulled the volume of the Cambridge History of China that covers the Han down off the shelf. But I must say I’m disappointed I am only able to consider this limited edition.  One suspects many of the anecdotes that come down to us about the Xia and Shang stem from Sima Qian as well.  "One-million" characters long they say.  I wonder how much I'm missing? 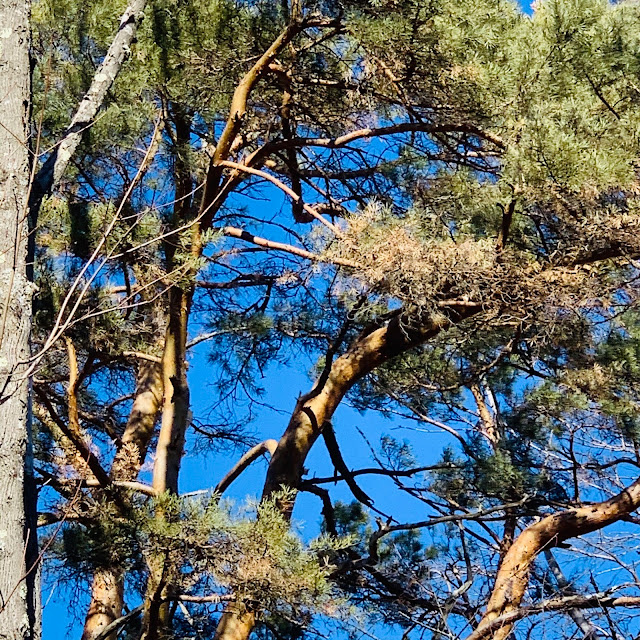 Got my bike ride in early.  Took Bridge Creek Road, down to Old Ford Road like I always used to, during the summer, when the bridge was being repaired.  It’s an exhilarating ride downhill and then there is a substantial but do-able uphill, after which you feel like you’ve earned everything to follow.  Coming back on the trail I noticed a number of pines which I believe might be pitch pines such as the ones that are all over on top of the Gunks.  I’d been reading about them and wondering if they could handle the competition attempting to grow down here.  Along this ridge they seem to be doing fine. 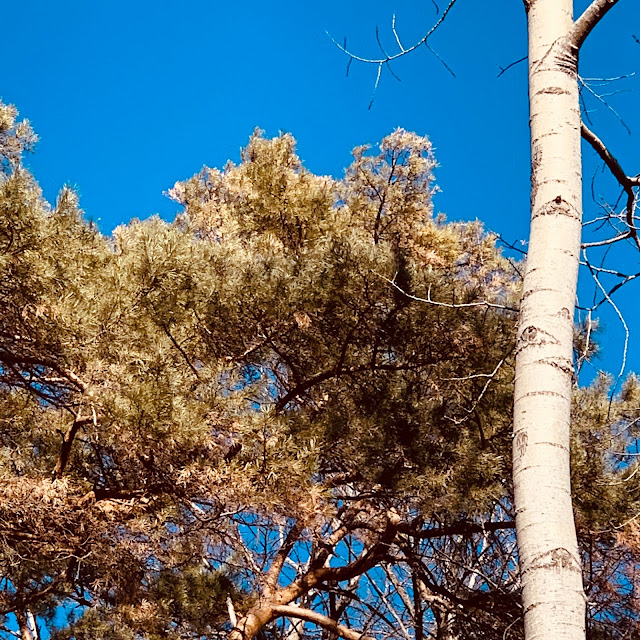 I made a veggie ‘chicken pot pie’ tonight that I managed to get the crust just right..  And everyone liked it but suddenly there was a lull and I noticed neither girl was eating as fast all of a sudden.  “What is that taste?’  “Is it a taste or a texture?” I asked, assuming it was the latter.  Eventually we discerned they didn’t like the finally chopped up brussels sprouts.  Right.  I get it.  I won't use brussles sprouts again next time.  The tomato soup still seemed to be working for people.  And in the end, there was only one slice of the pie left as well.  Three weeks in, it’s getting a little flat trying to whip up something original and veg every night.