It looks beautiful now.  It’s melting and I’m going to try to get out on the trail and cross country ski a bit before it’s all gone.  But last night, driving along Route 90 between Syracuse and Albany it was a ferocious wet blizzard and the later it got the more it accumulated.  I had, by then been driving for about ten hours straight and I was accustomed to driving along at seventy-five miles per hour all day.  Surely everyone was slowed down and the four-wheel drive SUV I was driving felt safe.  But you’re conscious at that speed of how just a bit of slipping could send you off the road. 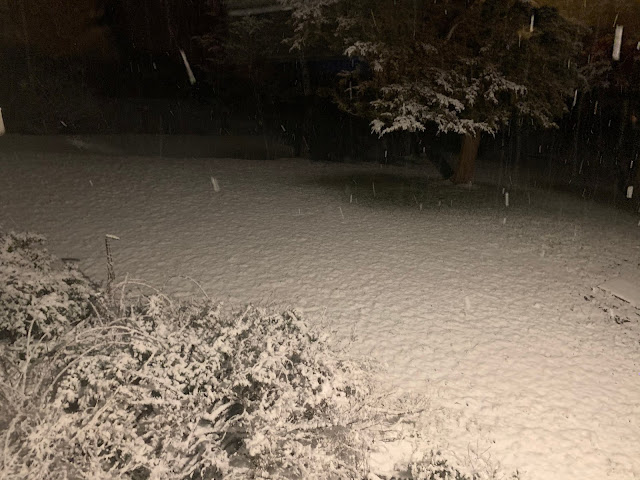 Two remarkably different hues of blue out there this morning.  One is like a robin’s egg and the other separated by a shelf of clouds look more like the navy blue of blue jay, ready to argue.  Monday morning, the first day back whatever break it was we had.  Nobody goes much of anywhere.  Driving to Buffalo and back in a day, doesn’t count for much.  It was too snowy to see much of the Mohawk River which I greatly enjoyed on my last trip up there, to ferry my older one to the border.  This time we did catch a good deal of Susquehanna River and later that back and forth crossing of the Cohocton Rivers.  That was a beautiful pathway, in that stretch along Route 390.

We had lots of time to talk, my big girl and me.  She was up way too early for her normal routine and she announced, as we rose over the Trapps in the dark that she was going to try to return to sleep.  Thirty minutes later, around 7:15AM or so she gave up.  Riding along Route 52 in Sullivan County, near the town of Woodburn you suddenly see all these signs in Hebrew.  There are many cabin-like dwellings along the road that must belong to Hassidic communities that come up for the summer.  Taking a look online it seems that Loch Sheldrake that we passed was a Borscht Belt focal point.  I hadn’t known.

Route Seventeen really is gorgeous.  You rise up along the Delaware River on a broad, two-laned highway and at this hour, in this direction on the first Sunday of a new year, there was no one on this ride and it was easy to feel free to speed.  I wasn’t using my phone as I don’t have a way to charge an android phone in the car and it would be a long ride back.  Waze therefore wasn’t on to let me know that a cop was up there by Windsor and as soon as I saw him I knew it was too late.  He was courteous.  So was I.  I’ll have to decide what to do with this new citation. 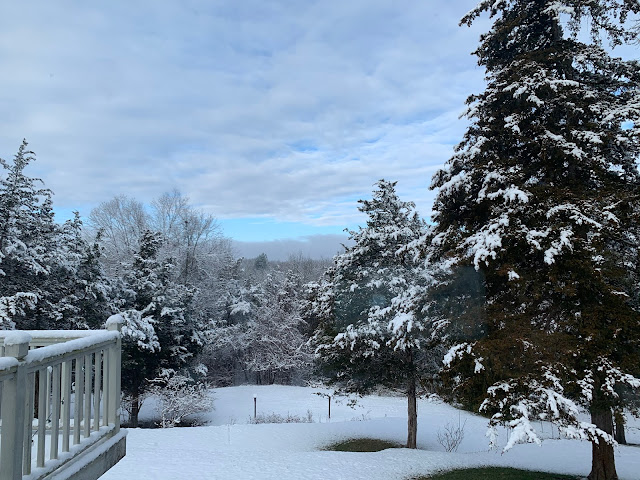 My older one and I talked religion.  We talked parenting.  She played some tunes that made me want to play tunes like MF Doom who'd just passed away and Digable Planets and then, somewhere up around route 20A near Windsor, near where all the huge turbines begin to appear and you see signs for Attica and consider and then explain Attica State to your daughter, it struck me that we should put some Bill Hicks on.  She tried to sleep again, not long thereafter.   But was unsuccessful, once again.  And by now we'd just about reached Niagara Falls.