Of Dustings Had Started

It was foretold and now there is lots of snow on the ground.  About an hour ago, around noon, the first flakes started to fall.  The lightest of dustings had started to build on the pathway.  I stopped my bike and took a snap on the way out thinking I’d take another when I returned.  The Wallkill was all frozen over except for one channel which I assumed to be the main current.  All along the way there must have been two dozen people who, like me did not get, or chose to ignore, the memo that things would swiftly become inclement.  By the time I was heading back my tires were beginning to spin, so I stuck to the gravel in the middle of the lane.  A gentleman was walking a small dog who needed the assistance of a rolling dog walker.  I’ve seen the two of them before out here and I waved and rode on, sensing I’d passed the place where I had taken that photo on the way out.  Closer to home now, I turned and captured the path to show all of the fresh snow. 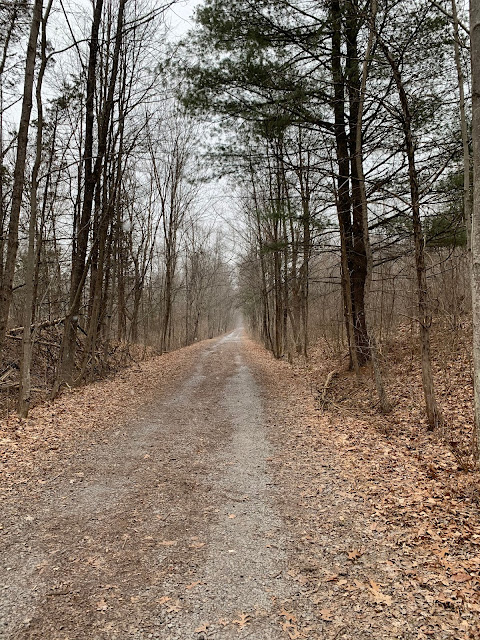 Walking up the path to my yard I stopped and spied the feisty hemlock that is growing right up beside that big old oak.  The punk of evergreens, I thought I should check when I got home when it was hemlocks dropped their cones and and just now likely it would be for me to sprout one or two in a planter.  I think it’s a particularly fine shade of green the eastern hemlock breathes.  Looking up, the snow seemed suddenly to be falling faster.  Might it be warming and turning now to rain?  I’d been enjoying the odd, spacious sounds of Milton Babbitt “Soli E Duettini” for all of my ride but now I decided to turn it off and just listen to the snow fall.

Back up in the warmth of my room, my pants are wet.  My hair is cold and wet.  All the snow on my eyebrows has melted and I’m listening to the tasteful lines of Mr. George Braith on his 1963 album “Soul Stream.”  I could hear that was Grant Green on guitar without looking though I wasn’t familiar with either Hugh Walker on drums, nor Billy Gardner on organ.  Mssr. Gardner is the credit on this charging number I’m listening to just now: “Boop Bop Bing Bash”, as they say.  Braith is known for playing multiple horns at the same time, in a manner not unlike Rosand Roland Kirk and it’s an immediately distinct harmonization.  Indeed he is also credited with having invented the Braithophone, which is the melding of the soprano and the alto saxophone with valves and connectors so they can be played as one.   This tune that’s on now “Jo Anne” must have some sort of Braithophone horn behind that warm, slightly dissonant sound in the head. And then it floats more like a straight soprano sax during the initial solo. 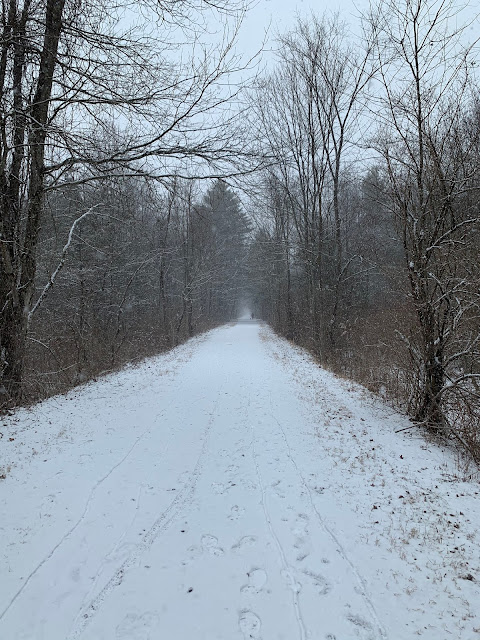 The deer just came by.  They correctly surmised that I had thrown sunflower seeds out on the lawn today, as I’ve none for months now.  I cracked my window and most of them fled.  One young gent who was closest and probably still had the fine taste of sunflower activating his tongue looked up at me as the window rolled further and further open.  By the time I stuck my head out and made a clicking sound he was gone.  They’re all off in the wood stand that separates our place from the neighbors.  I shouldn’t care.  What difference does it make?  They’re hungry.  Snow’s tough on everybody.  If they return, I’ll try to let them be.  But it’s not easy.