No. It Was Gone

Caught the moon going down this morning.  The earth must have tilted just so.  It’s been falling off into the western dawn for a while now.  Behind me to the east where the sun rises, is blocked by a hill.  This morning the clouds parted just around dawn and the moon fell slowly, right behind the Trapps.  I had a clear view over and at some point, I stopped what I was doing and, in a way I don’t think I’ve done since me and the whole family climbed a wat in Bagan and stared out at a sunset.  Freezing we all watched a perfect sunrise atop Mount Tai, in Shandong.  These came to mind as I stopped whatever silly email it was which I was writing, and just gazed off as the big full moon, slowly dropped and vanished from sight. Instinctively I stood up to see if I could still see the glow with a few extra feet, but no.  It was gone. 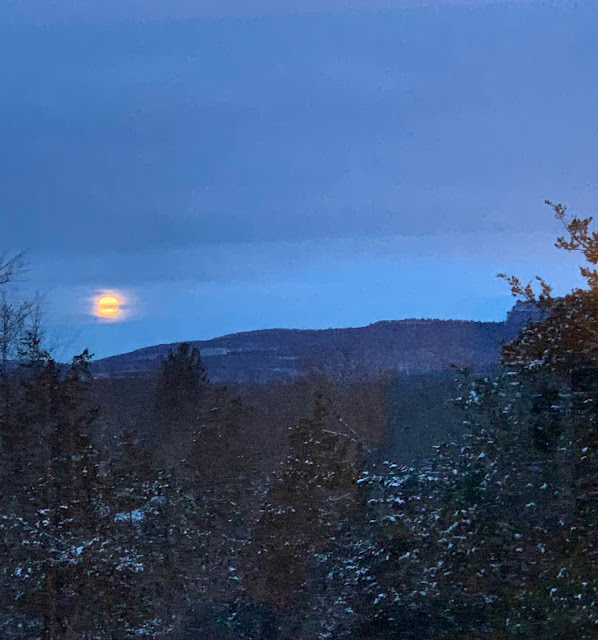 Talked to an old pal in Dubai.  It sounds warm.  He thought it was cold.  He sent a photo with people sitting around one of those outdoor heaters.  I haven’t been to Dubai in a while.  When I did, it was frightfully hot.  My friend talked about skiing there at the indoor ski mall, and of all the different ethnicities who’d formed distinct communities there.  And for a moment I missed being able to travel.  But it quickly passed. I don’t want to wander around the endless miles of the Dubai airport or stare down at the desert from the top of the Burj Al Khalifa.  I’m happy this morning with the view I’ve got. 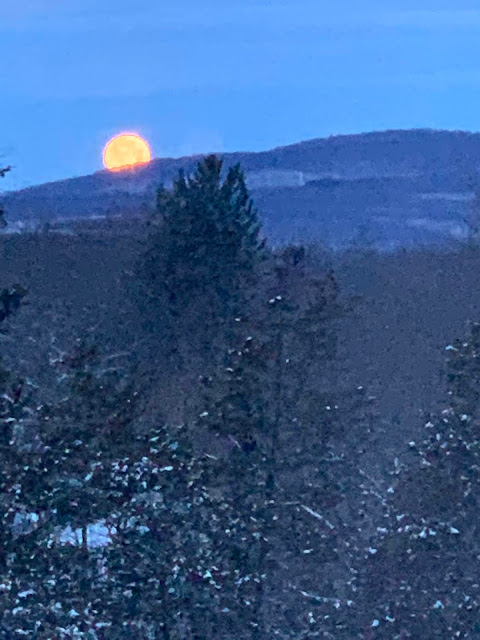 Read more of Sima Qian’s ShiJi last night, before drifting off, this morning, killing time between calls on the can.  So much treachery back then will all those concubine children.  One marquis had carnal relations with his sister.  They Confucian morality police, caught wind and shut that down.  The lad committed suicide before the palace guard arrived.  And I thought about Caligula who pursued the same objective, as I recall.  Confucian morality defined these actions as beyond the pale.  What about in Julian Rome?  Was it only after the arrival or Christianity or would the majority of prudish Romans have also worried that earthquakes and tidal waves were sure to follow, if the imperial family were behaving as such?

Its colder today than it was yesterday.  The snow is still covering the land as a result.  I suspect it will be hard packed, but I’ll head out in an hour or so and try to cross country ski again.  Cloudless sky, the sun, up high it should be nice.  Leroy Vinegar now, newly on the air.  “Walk On” recorded in LA back in 1957.  Carl Perkins with his angular arm pounding the keys, the only other name I recognize from the set.  I didn’t catch that year and I am unlikely to catch 2057 either.  I had a funny thought that if someone from the era concerned were to read the Shiji they could see the year they were born and died.  But rendered in the Gregorian Calendar of “BC” they could see precisely when they would die but would have to guess at just how that year translated to the particular year of an emperor.  If I had the chance, I wouldn’t want to know the date.  As Christopher Hitchens apparently said, staring down mortality: “I like surprises.”